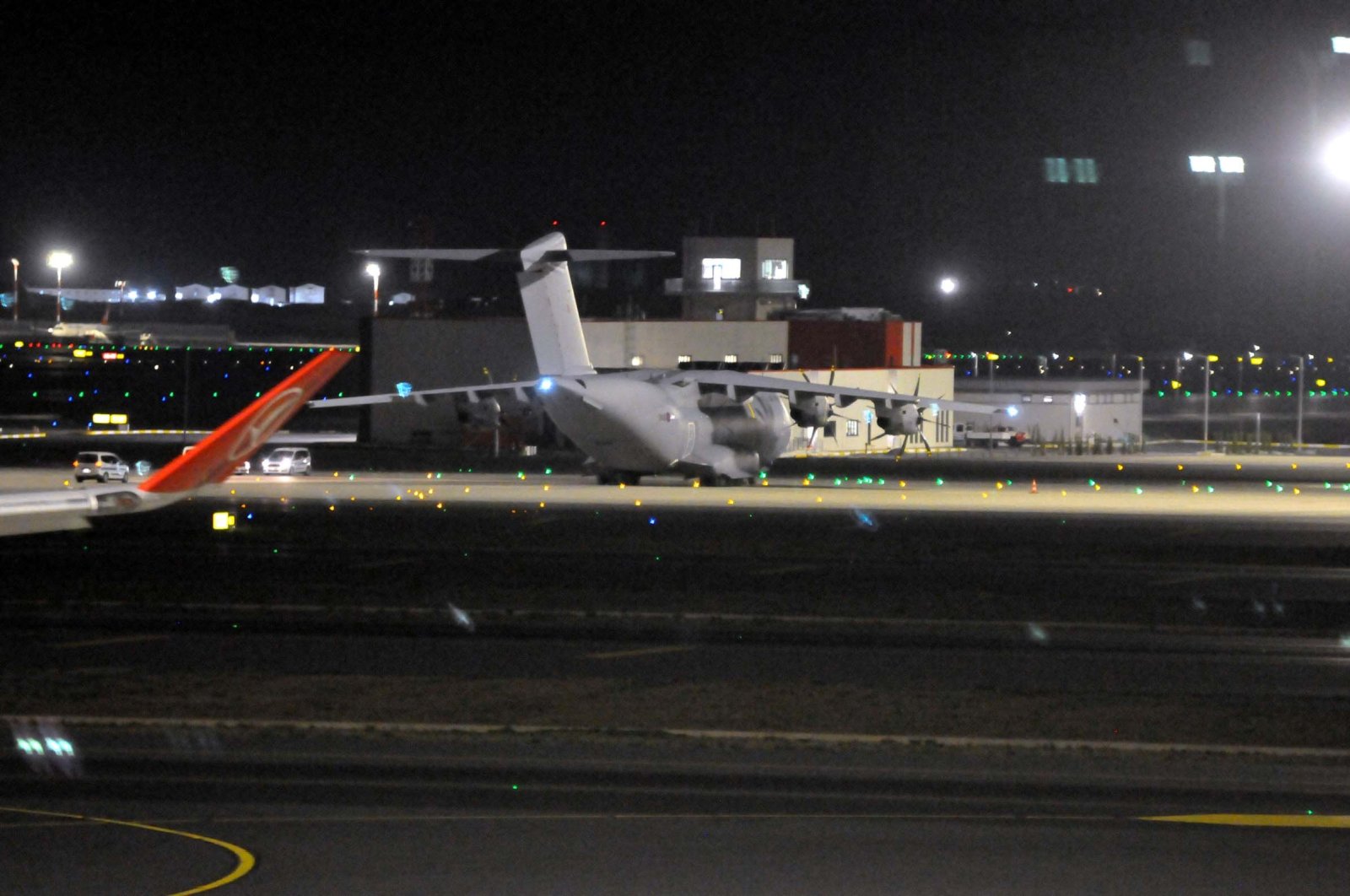 “In this difficult period, we extend our deepest condolences to the people of the U.K., starting with the families and friends of those who have lost their lives. We also wish Prime Minister (Boris) Johnson a speedy and full recovery," he said.

Underlining Turkey’s commitment to its allies, Kıran said that Turkey always stands firm with its allies and extends assistance when needed.

“We will overcome COVID-19 through cooperation and solidarity with our allies,” he told Daily Sabah.

A cargo plane carrying medical equipment from Turkey reached the U.K. on Wednesday as the long-awaited equipment is expected to be delivered to hospitals across the country. The Airbus A400M belonging to the Royal Air Force landed at Brize Norton Station early Wednesday, according to Anadolu Agency (AA).

“Turkey and the U.K. have a long history of cooperation to maintain security and stability in Europe and beyond. For example, during the Great Famine in Ireland in 1847, the Ottoman Empire sent humanitarian aid to people of the British Empire. Our alliance and cooperation continued during World War II, the Cold War and within NATO,” Kıran continued.

Meanwhile, Turkey has received calls for aid from 117 countries so far and managed to meet the demands of 44 countries including the U.K.

Turkey sees this aid as an essential part of Turkey’s enterprising and humanitarian foreign policy as the country extends more than 1% of its gross domestic product (GDP) for humanitarian aid, making Turkey the most generous country in terms of official humanitarian assistance.

According to British officials, the delivery from Turkey was due Sunday, but the U.K. government had not checked for export restrictions on medical equipment imposed by Turkey. Intergovernmental negotiations started on Sunday, prompting a three-day delay in delivery. British government officials had informed Saturday that an 84-ton consignment was due to arrive from Turkey containing personal protective equipment (PPE), including 400,000 protective gowns.

With hospitals under strain, health workers have criticized the government’s advice that PPE worn while treating patients infected with COVID-19 could be re-used, as supplies run low across the country.

Helena McKeown, chair of the British Medical Association that represents doctors, told Sky News the delay would be “devastating” news for health professionals.

Britain is at or near the peak of the health crisis in which more than 17,000 people have died in hospitals alone – the fifth highest national death toll of the pandemic linked to at least 177,500 deaths worldwide.