UK to work with both parties regarding Eastern Mediterranean disputes 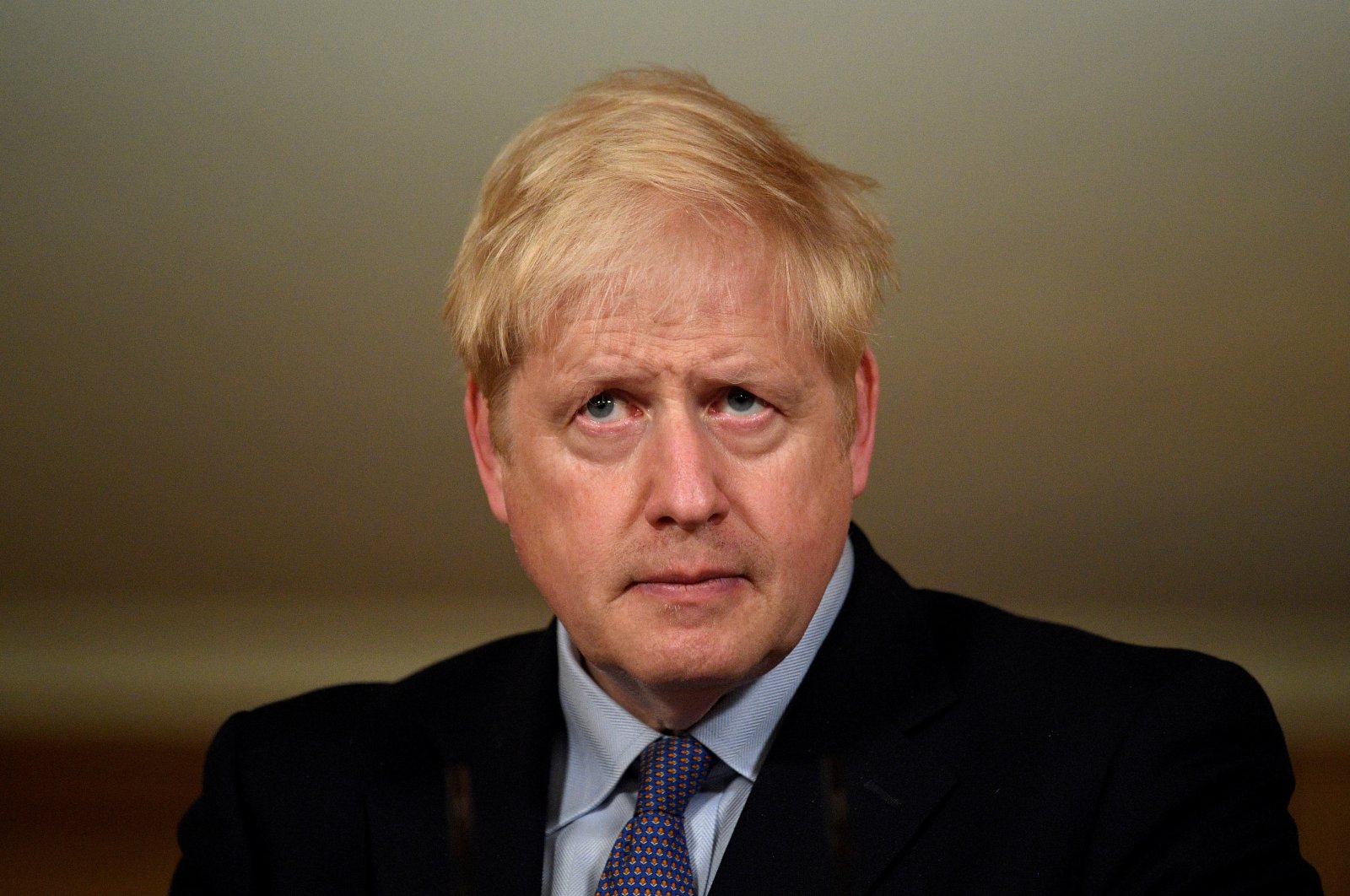 Britain's Prime Minister Boris Johnson looks on during a news conference amid the spread of COVID-19 at Downing Street in London, Britain, Oct. 20, 2020. (REUTERS Photo)
by DAILY SABAH WITH AA Oct 21, 2020 10:36 am
RECOMMENDED

Amid tensions in the Eastern Mediterranean between Turkey and Greece, the United Kingdom will continue to work with both parties, Prime Minister Boris Johnson told his Greek counterpart in a phone conversation on Tuesday.

Speaking with Prime Minister Kyriakos Mitsotakis, Johnson "stressed the need for dialogue and welcomed the public commitment from Greece to resolve differences with Turkey diplomatically," said Johnson's office in a statement.

"He confirmed the U.K. would continue to work with both sides to de-escalate the situation," it added.

Turkey, which has the longest coastline in the Eastern Mediterranean, has rejected the maximalist maritime boundary claims of Greece and the Greek Cypriot administration in the region, stressing that these excessive claims violate the sovereign rights of both Turkey and the Turkish Cypriots.

The Greek claims would confine Turkish waters to a small area off the province of Antalya based on the assertion that small Greek islands off the Turkish coast warrant claiming hundreds of miles of territory.

This year Ankara has sent several drillships in search of energy on its continental shelf, asserting its own rights in the region, as well as those of the Turkish Republic of Northern Cyprus (TRNC).

Turkish leaders have repeatedly stressed that Ankara is in favor of resolving all outstanding problems in the region through the means of international law, good relations, dialogue and negotiation.

"The prime minister was clear that a settlement in Cyprus was in everyone's interest," said Number 10 Downing Street.

Voters in the north on Sunday narrowly elected Tatar, who was backed by Ankara, at a time of heightened tensions in the Eastern Mediterranean. Tatar advocates for a two-state solution and held the post of premier in the country having edged out previous Turkish Cypriot leader Akıncı, a supporter of a federalist solution on the island.

The island of Cyprus has been divided into a Turkish Cypriot government in the north and a Greek Cypriot administration in the south since a 1974 military coup led by Greece intended to annex the island. Turkey's military intervention stopped the persecution and violence against Turkish Cypriots by ultranationalist Greek Cypriots that spanned years.

There have been several attempts to resolve the Cyprus dispute over the years, all amounting to nothing. The latest attempt in Switzerland in 2017 saw the participation of both parties guarantor countries but concluded with no signs of progress.

The U.N. is expected to call a meeting between the two sides, also inviting Turkey, Greece (a key ally of Greek Cypriots) and former colonial ruler Britain.

The U.K. is a guarantor country in Cyprus and maintains two bases on the island.