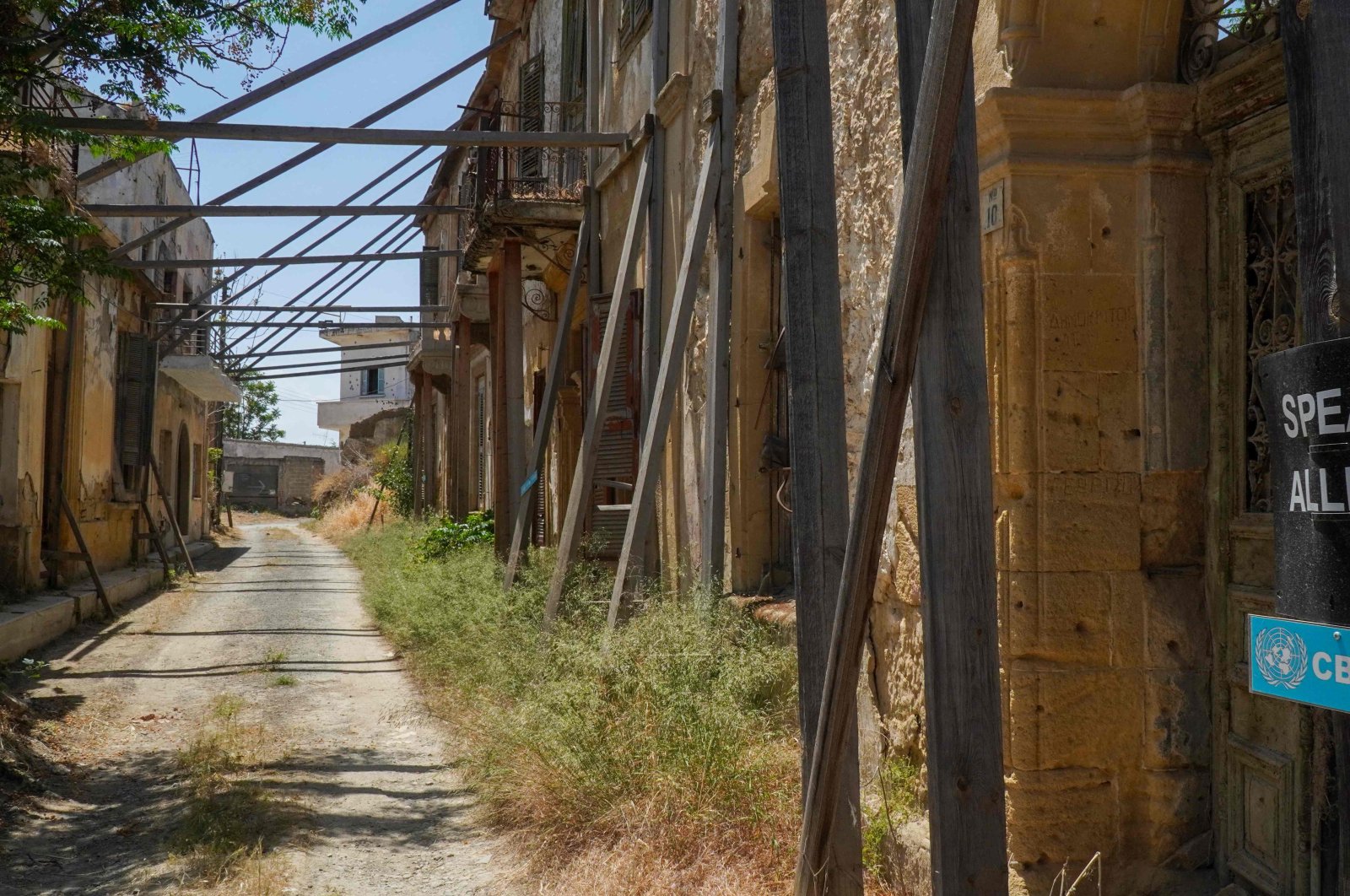 Dilapidated buildings inside the buffer zone that separates the both communities in the divided capital Lefkoşa (Nicosia), Cyprus, April 26, 2021 (AFP Photo)
by DAILY SABAH WITH AA Nov 05, 2021 12:20 pm

Stewart, who will replace Elizabeth Spehar, will also act as the deputy special adviser to the U.N. secretary-general on Cyprus.

He has held various positions within the U.N. and recently worked as a special envoy for Western Sahara.