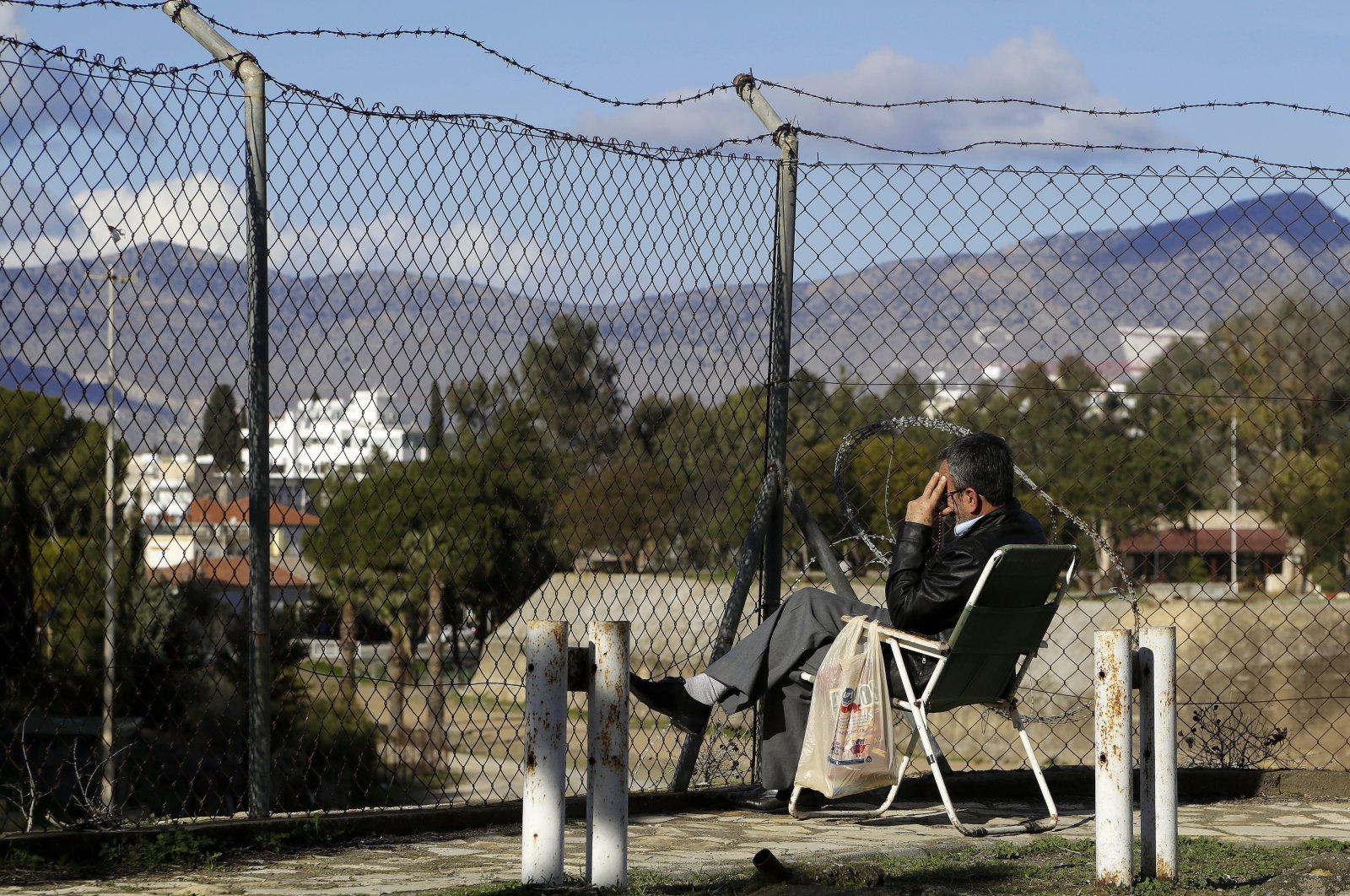 A man sits in front of the fence that divides the Turkish and Greek parts of the island of Cyprus, as he watches from the Turkish Republic of Northern Cyprus' (TRNC) capital Lefkoşa (Nicosia), Jan. 11, 2017. (AP Photo)
by Daily Sabah with AFP Dec 01, 2020 2:20 pm
RECOMMENDED

A U.N. special envoy is scheduled to meet leaders of the Turkish Republic of Northern Cyprus (TRNC) and the Greek Cypriot administration on Tuesday to assess whether conditions are ripe to involve Britain, Greece and Turkey in getting reunification back on the rails.

U.N. Secretary-General Antonio Guterres has instructed his special adviser Jane Holl Lute to begin consultations with all involved parties to determine whether preconditions exist to convene an informal 5+1 summit on ending the island's decades-old division.

Tatar was elected Turkish Cypriot leader in October on a platform of seeking a two-state solution for the island of Cyprus, rather than a bicommunal federation.

Lute is also in consultation with the three guarantor powers Britain, Greece and Turkey on convening a five-way meeting on the way forward for formal talks to resume.

Guterres is hoping to get the three governments more involved to build momentum that is currently lacking.

Last month, the rival Cypriot leaders held a "break-the-ice" meeting where they promised to back a U.N.-led Cyprus peace push involving the outside powers.

It was their first meeting since the Ankara-backed Tatar was elected leader of the TRNC.

The two men both acknowledged their positions on the way forward were "far apart."

After the forcible division in 1963 of the island of Cyprus by the Greek Cypriots, Turkish Cypriots suffered under a campaign of ethnic violence.

In 1974, following a coup aimed at Cyprus' annexation by Greece, Ankara had to intervene as a guarantor power. In 1983, the TRNC was founded.

For many decades, talks were held to resolve the dispute, all of which ended in failure.