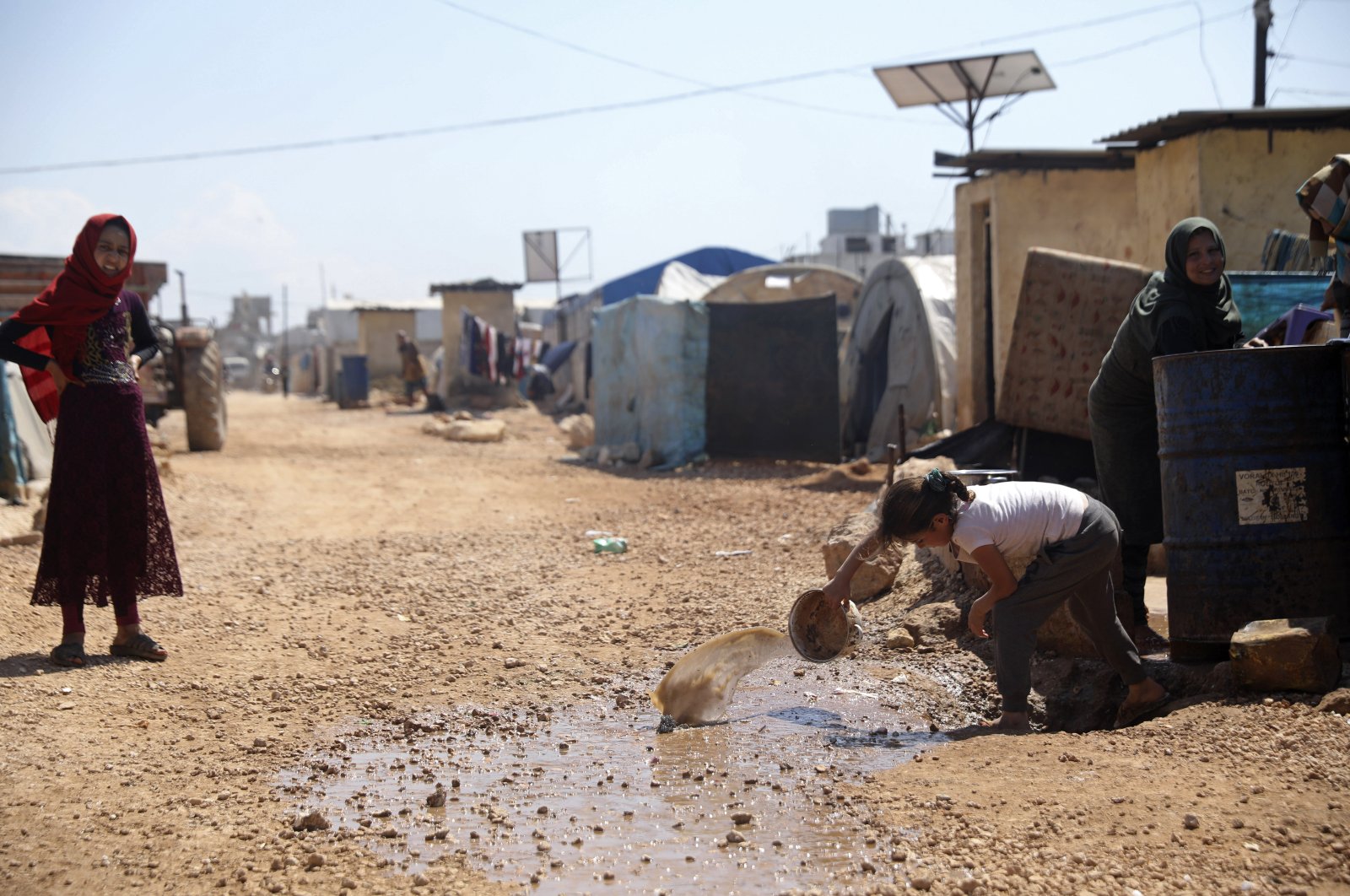 The U.N.-led Syrian Constitutional Committee talks resumed in Geneva in an effort to find a solution to the yearslong conflict in the country, but meetings alone will not produce concrete results if there is no political will and cooperation among international actors

The resumption of Syria's Constitutional Committee for United Nations-led talks in Geneva to find a political solution to the yearslong conflict and revive peace efforts after a nine-month pause due to differences of opinion and the COVID-19 lockdown may be a positive step, but experts do not expect the meetings to produce results soon unless concrete steps are taken and international actors cooperate in this regard.

U.N. Syria envoy Geir Pedersen is hosting the 45-member committee from Syria and representatives from Turkey, Russia, Iran and the United States, who will attend the weeklong talks that started yesterday.

But reaching concrete results will not be that easy, according to experts, who highlight the importance of political will and cooperation.

The previous meetings reached a brick wall so they agreed to delay it, but it’s already looking like there is going to be a stalemate (in today’s meeting),” TRT World journalist Obaida Hitto said. He continued by saying that the regime is operating on a “different kind of pretext.”

“The regime wants to put obstacles on the way of the constitutional talks,” he said.

Last week, Pedersen said he was hoping to build “trust and confidence” in the process, although he noted that he does not expect any breakthroughs at this stage.

The meeting will mark the first time the opposing sides meet in nine months, as the latest meeting scheduled for March was called off due to the COVID-19 pandemic.

The last round of talks failed to start on Nov. 29 because an agreement on the agenda could not be reached, Pedersen told journalists at the time, according to The Associated Press (AP).

The so-called Syrian Constitution Committee was launched in Geneva last year with 150 delegates representing the regime, opposition and civil society in equal parts. It marked the first political negotiations between the Syrian regime and the opposition groups.

The goal of the negotiations has been to build momentum toward a political solution for the bloody civil war that has lasted some nine years.

These talks will not produce positive results by themselves, according to Hüseyin Alptekin, an academic and researcher at the Foundation for Political, Economic and Social Research (SETA).

Highlighting the importance of outside actors like Turkey, Russia, the U.S. and Iran, Alptekin said that the conflict has multiple dimensions as the involvement of some countries further complicates the crisis in Syria.

It is not possible to establish a stable administration if the aforementioned countries do not find a common ground, as Russia’s support for the regime and the U.S. support for YPG/PKK terrorists creates problems, according to Alptekin.

The constitutional review committee is made up of a larger group of 150 delegates divided equally among the regime, the opposition and civil society. Meanwhile, only the committee's "small body," which consists of 45 members, is taking part in the meeting.

Touching upon the importance of addressing issues like the missing people in Syria, the release of political prisoners and humanitarian aid access, Hitto said discussions need to be comprehensive and include all issues.

Additionally, the regime also rejects the position and does not want to recognize Turkey’s or the opposition’s efforts in Syria.

“Regime representatives actually refer to Turkey’s presence in Syria as an occupying force, and they do not want to engage in political discussion,” he added.

Pressure from international stakeholders, starting with Russia, Turkey and Iran, makes it more likely that the committee will function effectively. What all parties agree on, for now, is the need to preserve Syria's territorial integrity and political unity. It is also noteworthy that this middle ground is an important starting point for Syria's new constitution.

The constitutional review is a central part of the U.N.'s peace plan for Syria, which was defined by the U.N. Security Council (UNSC) Resolution 2254 adopted in December 2015.

U.S. envoy for Syria James Jeffrey, who is in Geneva, noted this month a “shift at least in tone” from Bashar Assad by acknowledging the U.N.-backed process in ways that he had not previously. Jeffrey said the U.S. would keep watch on whether the regime had changed “at least tactically” its approach in the talks.

“Turkey is in favor of establishing a stable administration in Syria with no issues surrounding legitimacy,” Alptekin said, adding that Turkey also prioritizes a comprehensive system and preserving Syria’s territorial integrity.

Highlighting the fact that the current system of administration in Syria excludes different ethnicities, sects and minorities, Alptekin said that Turkey wants a figure who will embrace all differences and protect Syria’s territorial integrity as ensuring safety in Syria means ensuring safety along the Turkish border, which is threatened by terrorist attacks and the flow of refugees.

Turkey, Iran and Russia initiated the Astana process to bring the warring sides in Syria together to find a permanent solution to the nine-year war. The main agenda items have been the constitutional system, the political transition, security and resettlement. The first meeting of the Astana process was in Turkey in January 2017 to facilitate U.N.-sponsored peace talks in Geneva.

Turkey and Russia, which back opposing sides in Syria's war, agreed to halt military activity in the northwestern Idlib region after an escalation of violence displaced nearly a million people and brought the two sides close to confrontation. The deal addresses Turkey's main concerns – stopping a flow of refugees and preventing the deaths of more Turkish soldiers on the ground.

The Syrian regime and its allies, Russia and Iran, have consistently broken the terms of previous cease-fires in the area – one in 2018 and another that began on Jan. 12 – launching frequent attacks in Idlib province.

Since April 2018, attacks on Idlib dramatically intensified and caused new waves of refugees to flee toward the Turkish border. Officials have said Turkey, which already hosts about 3.5 million Syrian refugees, doesn't have the capacity to accept more.

As a result, Turkey, which has the second-largest army in the transatlantic NATO alliance, has funneled troops and equipment into the region to stop the Syrian regime's advance and their violence, which has spurred civilians to escape toward relatively safer areas near the Turkish border.

Currently, Turkish soldiers are stationed in the region to protect the local population and moderate opposition groups. Despite the military escalation, Ankara has also been trying to keep diplomatic channels active with Russia in the hope of finding a political solution, urging the country to uphold the latest cease-fire.