UN, NATO call for political solution to conflict in Syria 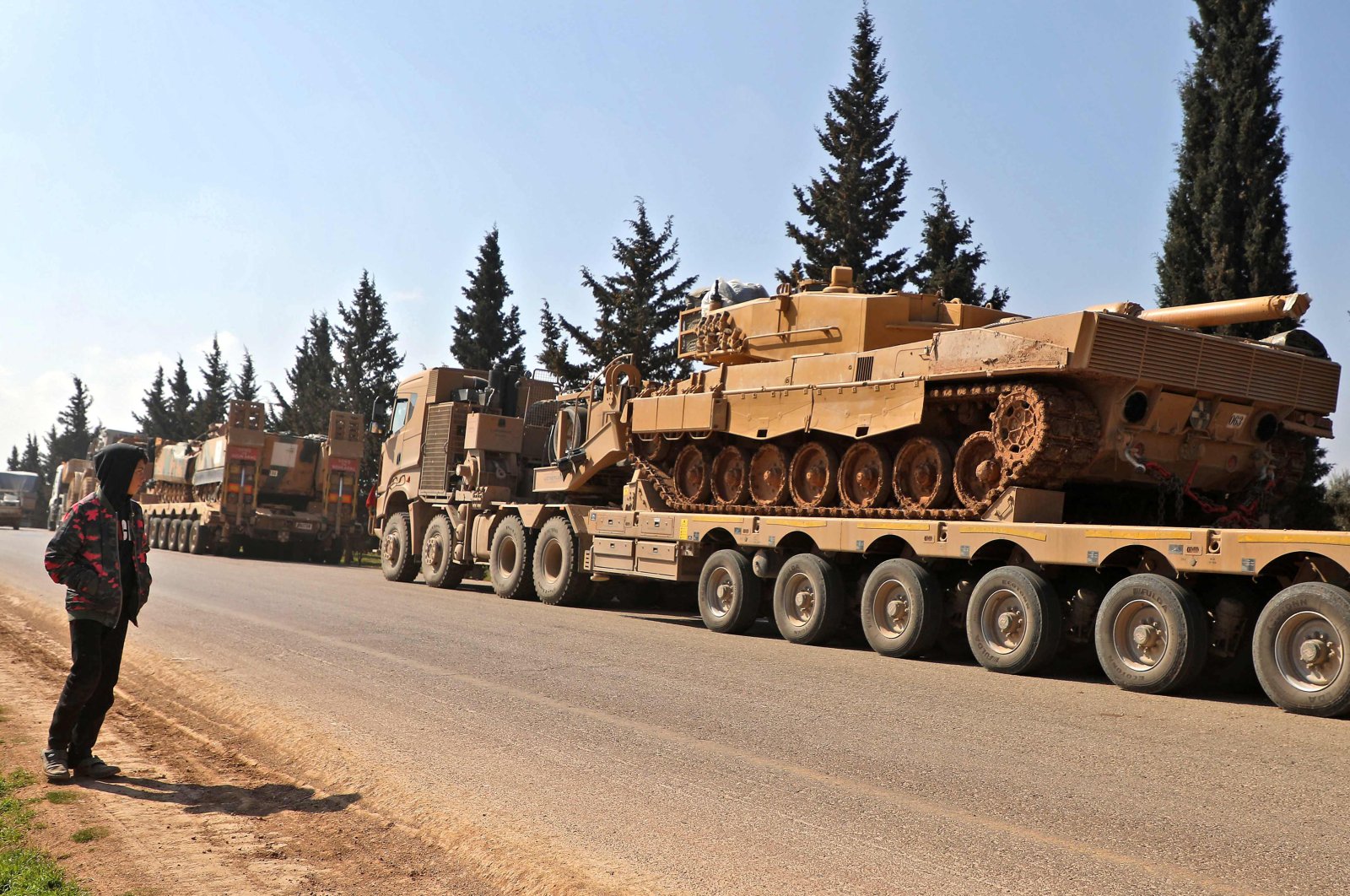 A boy looks at a convoy of Turkish military vehicles near the town of Hazano in the opposition-held northern countryside of Syria's Idlib province on March 3, 2020. (AFP Photo)
by Daily Sabah with Agencies Mar 05, 2020 11:00 am
RECOMMENDED

The United Nations and NATO urged for an immediate political solution to the conflict in northwestern Syria, ahead of a meeting between Turkish and Russian leaders to find a diplomatic solution.

"I am sure you all join me in urging them to find an immediate diplomatic solution that could spare civilians (from) further suffering... and create more conducive conditions for a political process," U.N. special envoy for Syria Geir Pedersen told Arab League foreign ministers in Cairo.

Turkish President Recep Tayyip Erdoğan, who backs some opposition groups in Syria's Idlib province, and Russian President Vladimir Putin, a firm supporter of the Bashar Assad regime, were due to meet in Moscow Thursday.

Since December, the Syrian regime has led a deadly military campaign against the opposition in Idlib, the last major opposition stronghold in the country's northwest after nearly nine years of civil war.

Tensions have soared further since Ankara launched its own offensive days ago against the Syrian regime after more than 50 Turkish soldiers were killed in Idlib province in recent weeks.

Pedersen called the direct clashes between the Syrian regime and the Turkish forces "a worrying change in the nature of the conflict."

Despite being on opposite sides of the war, Ankara and Moscow have kept lines of negotiation open.

Erdoğan has said he hopes a cease-fire will be "swiftly established" when the two meet.

A "meaningful political process" is needed to avoid "a bleak and uncertain future, with dire regional consequences," Pedersen added.

"The path out of war to peace is plainly very difficult. There is very little trust and confidence to move forward and not enough political will to do so," he said.

Close to 1 million people have been displaced by the regime offensive.

NATO chief Jens Stoltenberg on Wednesday also urged for a political solution to the conflict in Syria.

Stoltenberg, who was on a visit to Croatia's capital Zagreb, called on the Syrian regime and Russia to respect international law.

"NATO's deployment in the Aegean Sea remains important. But the international community needs to address the root causes of the crisis. We need to see a political solution to the conflict in Syria. So the Assad regime and Russia must end their offensive. Respect international law. And support U.N. efforts for a peaceful solution," said Stoltenberg.

Speaking about the influx of asylum seekers from Turkey to Greece, he said Greece is faced with a tough situation.

"Greece is also severely impacted by the current situation. Greece carries a heavy burden. And the challenges of migration are shared challenges that require shared solutions," said Stoltenberg.

"We will try to prevent the new migrant influx in cooperation with the EU and NATO," said Plenkovic.

More than 135,000 asylum seekers have crossed to Europe after Turkey opened its borders, accusing the EU of not fulfilling the promises it made as part of a 2016 agreement reached on the refugee crisis.

Turkey, which already hosts some 3.7 million Syrian refugees, more than any country in the world, says it cannot absorb another wave of migration.

An escalation in Syria's Idlib has sent a fresh wave of migrants toward Turkey's border.