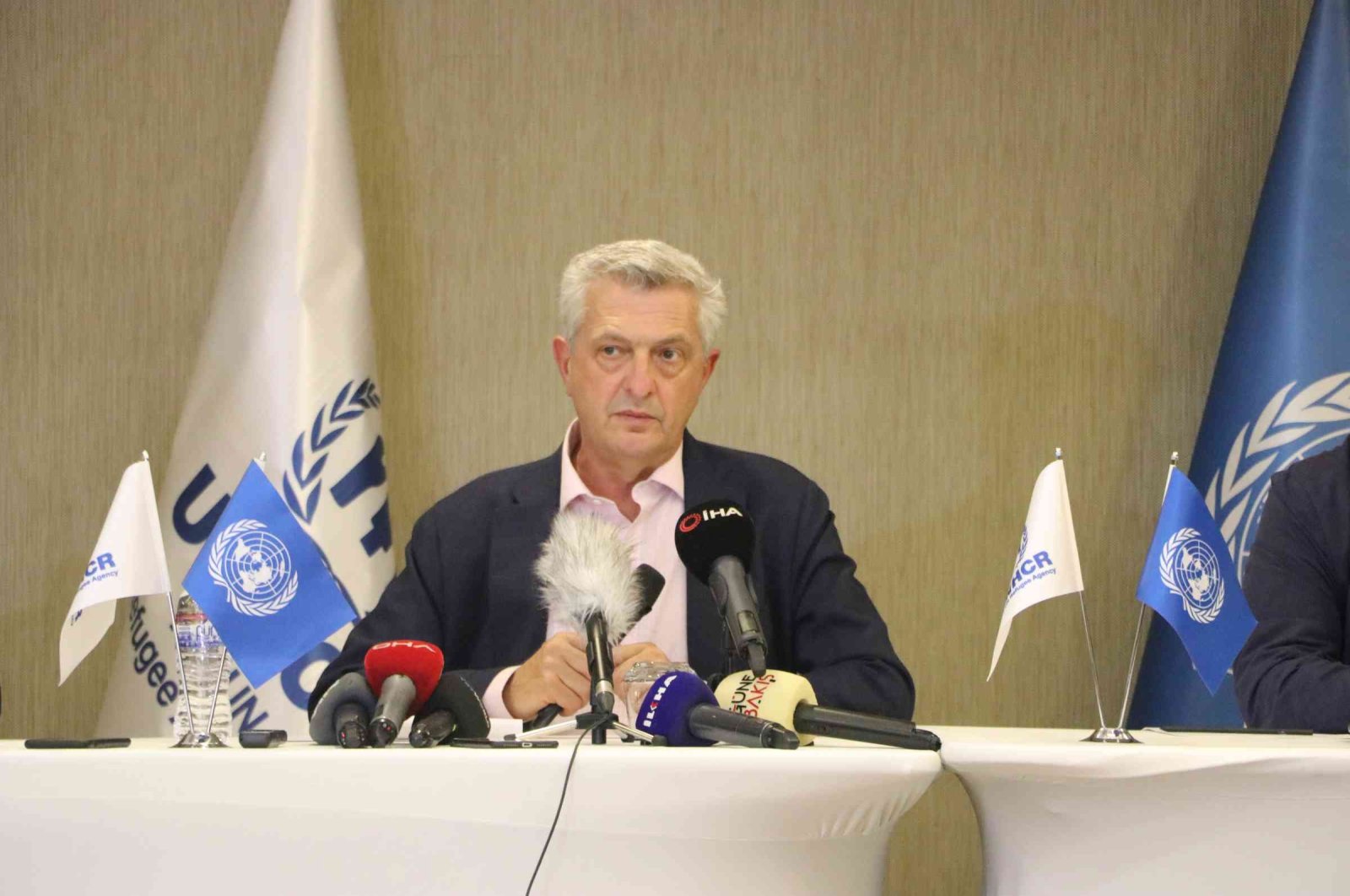 At a news conference in the Gaziantep province, Filippo Grandi said that Turkey is home to approximately 4 million refugees, including 3.7 million Syrians, while Afghans constituted the majority of the rest.

Having met with Turkey's President Recep Tayyip Erdoğan, Interior Minister Süleyman Soylu and Foreign Minister Mevlüt Çavuşoğlu as part of his official visits to the country, Grandi said he will be visiting local authorities, refugees, local institutions and the Turkish Red Crescent in the upcoming days.

He underlined that Turkey is the country that has been hosting the highest number of refugees in recent years.

He said the international community and organizations should deliver necessary aid to Turkey on time.

Speaking about the situation in Syria, Grandi said a political solution in the country means a condition that allows refugees to return to their homes.

He said efforts to establish peace in Syria will continue and that humanitarian institutions will keep providing aid for the affected people until all necessary conditions are met for the refugees to return to their homes.

Touching on the recent developments in Afghanistan, Grandi said currently the major problem in the country is displacement.

He said that of the 3.5 million internally displaced people in Afghanistan, 500,000 were displaced due to clashes in the country. He added that the displaced people, some of whom are homeless, will be more in need of humanitarian aid with the winter approaching.

As humanitarian institutions, we will continue negotiations with the Taliban for providing access to aid in certain regions, he said.

Underlining that some of the displaced people in Afghanistan may seek asylum in other countries, Grandi said in that case the international community should help, especially the neighboring countries, including Iran and Pakistan.

He said that U.N. Secretary-General Antonio Guterres will call for providing aid in Afghanistan in a meeting to be held on Monday.

The Afghan people have suffered considerably over the last 50 years, with invasions by the former Soviet Union in 1979 and U.S. forces in 2001, the latter of which lasted until their withdrawal two decades later on Aug. 31.

The Taliban seized power in Afghanistan after taking the control of the capital Kabul on Aug. 15, forcing the president and other top officials to leave the country.

On Tuesday, the Taliban announced the interim government in the country.