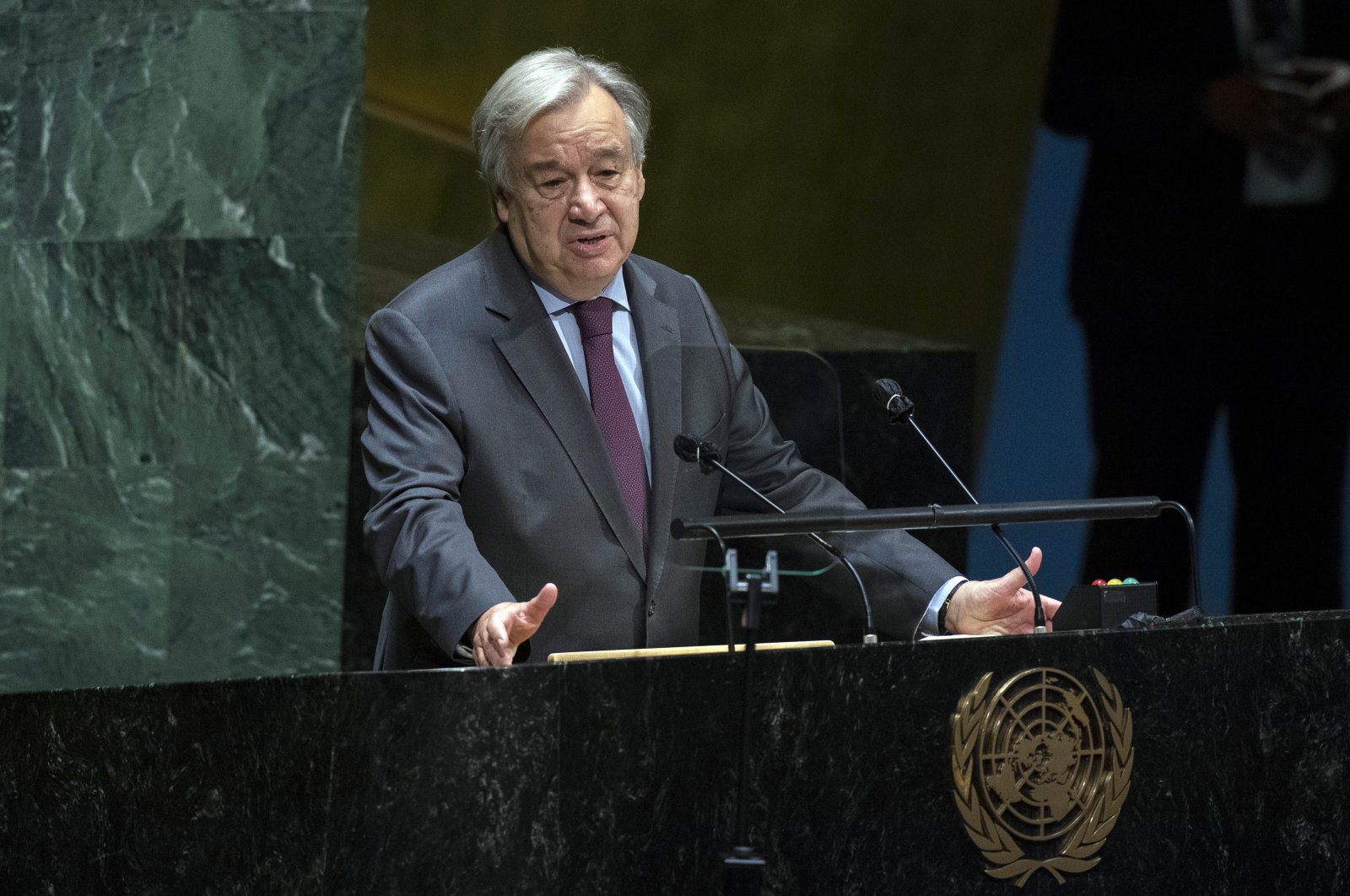 The United Nations chief late Monday condemned the continuing escalation of tensions in the Nagorno-Karabakh conflict area despite repeated appeals from the international community to immediately halt the fighting and reiterated its call to immediately cease all hostilities.

"He is gravely concerned by reports of the extension of hostilities, including the targeting of populated areas. He reminds all sides of their obligations to protect civilians and civilian infrastructure under international humanitarian law," Stephane Dujarric, the spokesperson for the U.N. Secretary-General Antonio Guterres, said in a written statement.

The statement urged the sides – Armenia and Azerbaijan – to immediately cease all hostilities and reiterated that there was no military solution to the conflict.

''He (Guterres) appeals to all relevant regional and international actors to actively exercise their influence to achieve an urgent end to the fighting and return to negotiations under the auspices of the OSCE Minsk Group Co-Chairs," Dujarric said.

The Minsk Group, co-chaired by France, Russia and the U.S., was set up in 1992 by the Organization for Security and Co-operation in Europe (OSCE), to find a peaceful solution to the conflict, but to no avail.

On Monday, the foreign ministers of the OSCE Minsk Group co-chair countries also condemned the "unprecedented and dangerous escalation of violence" between Armenia and Azerbaijan, calling on the parties to institute a cease-fire.

In a joint statement, the top officials stressed "unconditionally that recent attacks allegedly targeting civilian centers – both along the Line of Contact and on the territories of Azerbaijan and Armenia outside the Nagorno-Karabakh conflict zone – and the disproportionate nature of such attacks constitute an unacceptable threat to the stability of the region."

The Minsk Group's impartiality is being questioned, as Matthew Bryza, former U.S. co-chair to the Minsk Group, most recently said that the group has lost its impartial and productive working position due to French President Emmanuel Macron’s anger against President Recep Tayyip Erdoğan.

Foreign Minister Mevlüt Çavuşoğlu also slammed France as well as the international community for urging for a cease-fire but failing to call on Armenia to leave the occupied territories of Azerbaijan.

Over the days since the conflict erupted, the Armenian forces continued shelling Azerbaijani cities and targeting civilians.

Azerbaijani President Ilham Aliyev on multiple occasions announced that by pushing back the Armenian aggression in the Nagorno-Karabakh region, the Azerbaijani Armed Forces had liberated several areas from Armenian occupation.

Many world powers including Russia, France and the U.S. have urged an immediate cease-fire. Ankara, meanwhile, has supported Baku's right to self-defense.

NATO chief Jens Stoltenberg said on a visit to Ankara on Monday that he expected Turkey to use its "considerable" influence to calm the conflict.

President Erdoğan has expressed full support for Azerbaijan in its campaign until it takes back the lands it lost in a war in the early 1990s that killed 30,000 people.

He said Monday that Azerbaijan was "responding to an attack and saving Karabakh from its occupation."

"We, Turkey, say that we are always on the Azerbaijan side," Erdoğan said in a televised address.

"As long as the Karabakh issue is not resolved, it will not be possible to end the unrest and conflict in the region," he said.

Over 1 million Azerbaijanis became internally displaced persons, while 20,000 were killed by Armenian forces and 50,000 were wounded and became disabled, according to Azerbaijan's official figures.

Some 20% of Azerbaijan's territory, including Nagorno-Karabakh, has remained under illegal occupation by Armenia for roughly three decades.

Multiple U.N. resolutions as well as many international organizations demand the withdrawal of the invading forces.