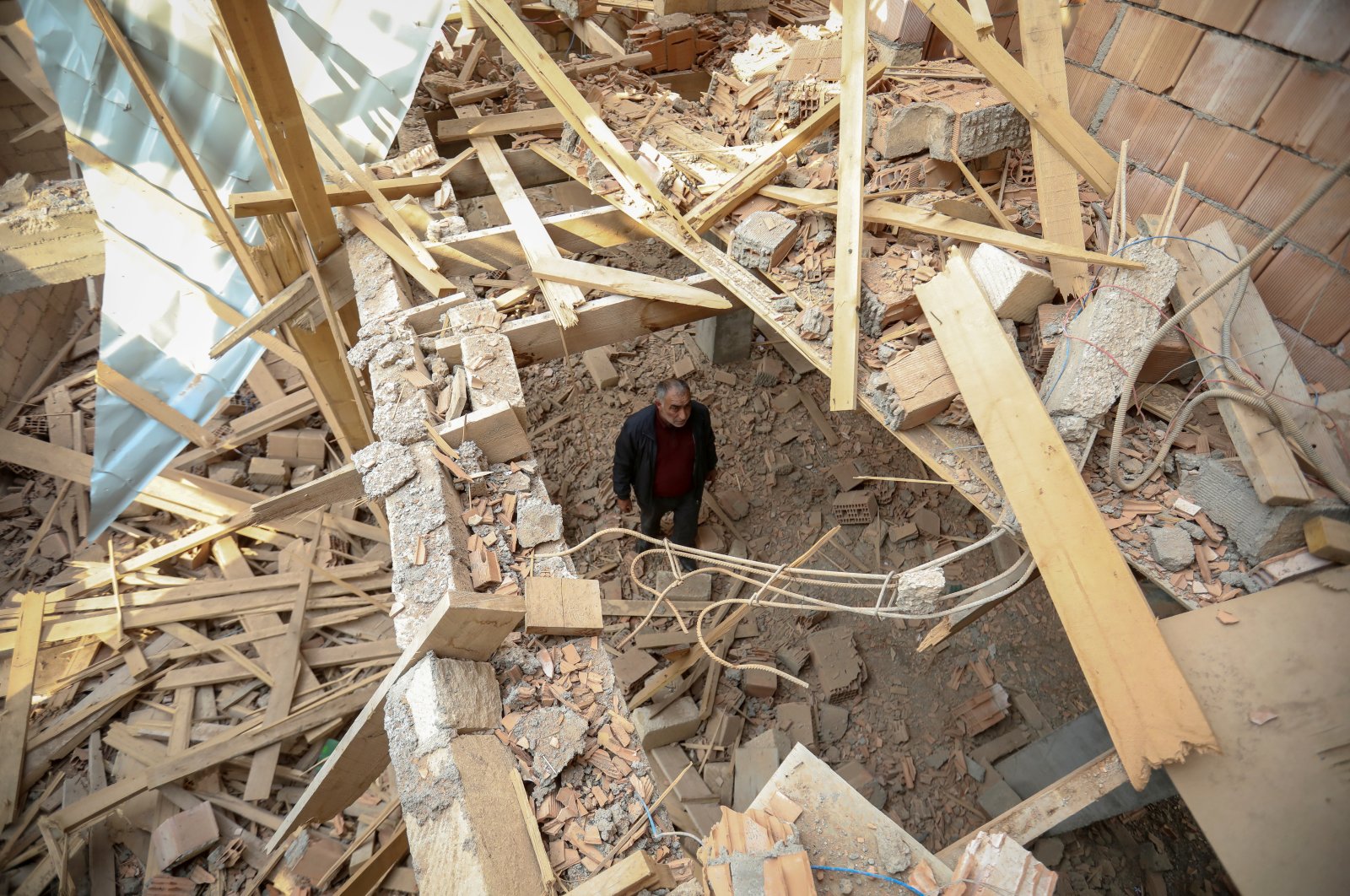 Local resident Elsever Pashayev stands in his house that was destroyed by Armenian shelling during the fighting over the occupied region of Nagorno-Karabakh, Tartar, Azerbaijan, Nov. 2, 2020. (Reuters Photo)
by Anadolu Agency
Nov 03, 2020 10:35 am

The indiscriminate attacks on civilian settlements amid fighting between Armenia and Azerbaijan, over the disputed Nagorno-Karabakh region, could amount to war crimes, the U.N. rights chief said Monday.

"The parties to the conflict are obliged to effectively, promptly, thoroughly and impartially investigate such violations and prosecute those alleged to have committed them," said United Nations High Commissioner for Human Rights Michelle Bachelet.

Bachelet said the indiscriminate attacks on densely populated areas in and around the Nagorno-Karabakh conflict zone are against international humanitarian law.

To date, at least 91 civilians, including 11 children and 27 women, have been killed in Armenian attacks, according to Azerbaijan's Chief Prosecutor's Office.

About 400 people have also been injured in the attacks, including at least 14 infants, 36 children and 101 women.

At least 2,442 homes, 92 apartment buildings and 428 public buildings have been completely destroyed.

Four U.N. Security Council resolutions and two from the U.N. General Assembly as well as international organizations demand the "immediate, complete and unconditional withdrawal of the occupying forces" from the occupied Azerbaijani territory.

World powers including Russia, France and the U.S. have called for a sustainable cease-fire.