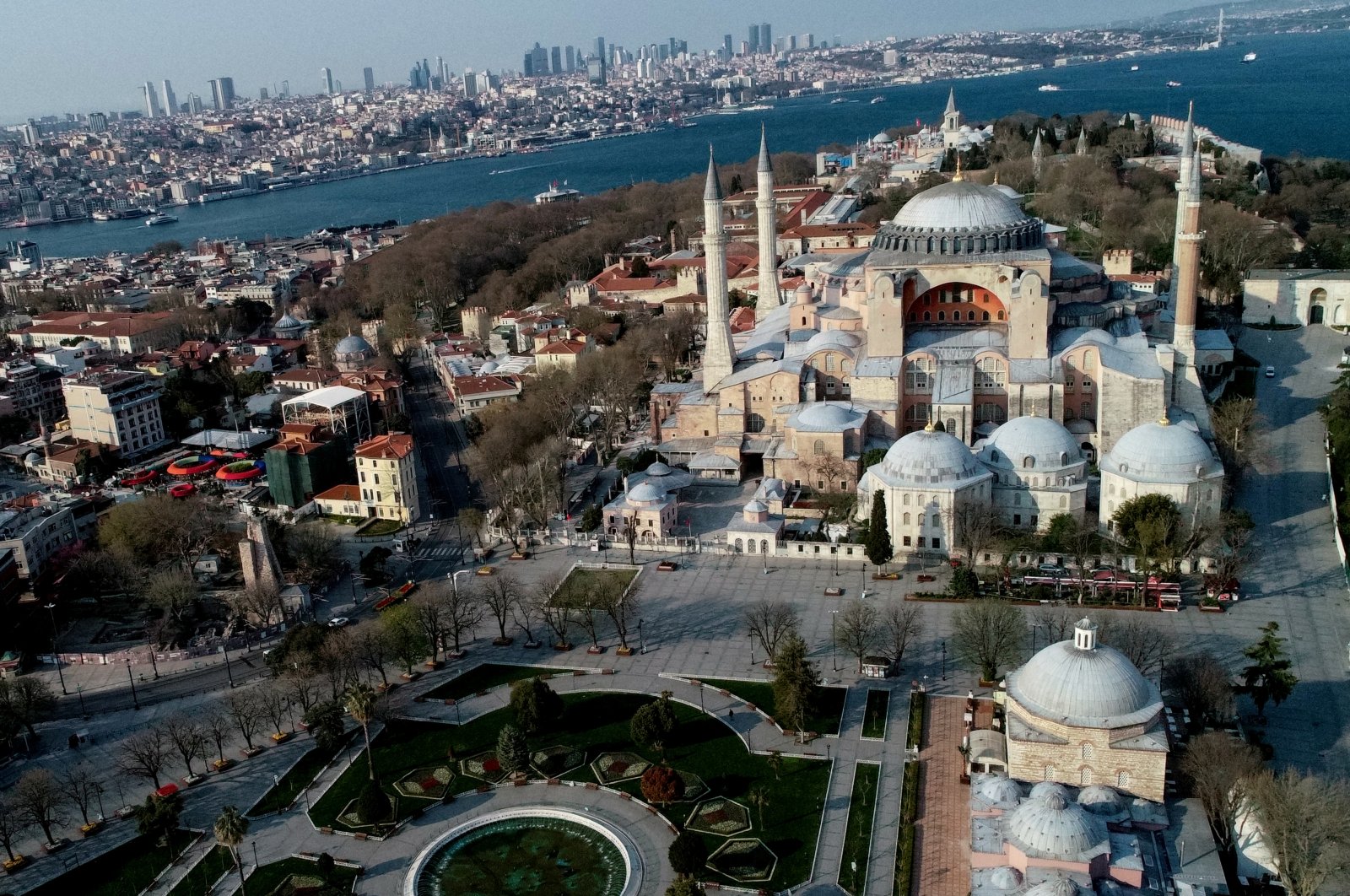 An aerial view shows deserted streets around the Byzantine-era monument of Hagia Sophia and the city during a two-day curfew which was imposed to prevent the spread of the coronavirus disease (COVID-19), Istanbul, April 11, 2020. (Reuters Photo)
by REUTERS Jul 10, 2020 12:32 pm
RECOMMENDED

UNESCO must be notified of any change in the status of Istanbul's sixth-century Hagia Sophia museum and the changes may have to be reviewed by its World Heritage Committee, the United Nation's cultural body said Thursday.

Turkey's top administrative court is expected to announce on Friday that the 1934 conversion of the Hagia Sophia to a museum was unlawful, two Turkish officials said Thursday, paving the way for its restoration as a mosque.

UNESCO told Reuters that the Hagia Sophia was on its list of World Heritage Sites as a museum and as such had certain commitments and legal obligations.

"Thus, a state must make sure that no modification undermines the outstanding universal value of a site listed on its territory," UNESCO said.

"Any modification must be notified beforehand by the state to UNESCO and be reviewed if need be by the World Heritage Committee," it added.

UNESCO said it had expressed its concerns to Turkish authorities in several letters and conveyed the message to Turkey's ambassador to the institution Thursday.

"We urge Turkish authorities to start a dialog before any decision is taken that could undermine the universal value of the site," UNESCO said.

Turkey's Council of State last week heard arguments by the lawyers for a group devoted to reverting Hagia Sophia into a mosque. The group is pressing for an annulment of the 1934 decision by the Council of Ministers that turned the historic structure into a museum.

The Hagia Sophia, one of the world’s most important historical and cultural heritage sites, was built in the sixth century during the reign of the Byzantine Empire and served as the seat of the Greek Orthodox Church. There have been discussions about converting it back to a mosque, with public demand to restore it as a place of worship gaining traction on social media.

On the other hand, others believe the UNESCO World Heritage site should remain a museum and a symbol of Christian-Muslim solidarity.

The prospect of a change in the museum's status back to a mosque has raised alarm among U.S., French, Russian and Greek officials, as well as Christian church leaders.

Amid the international reactions over Hagia Sophia's status, Ankara says the issue is a domestic affair.