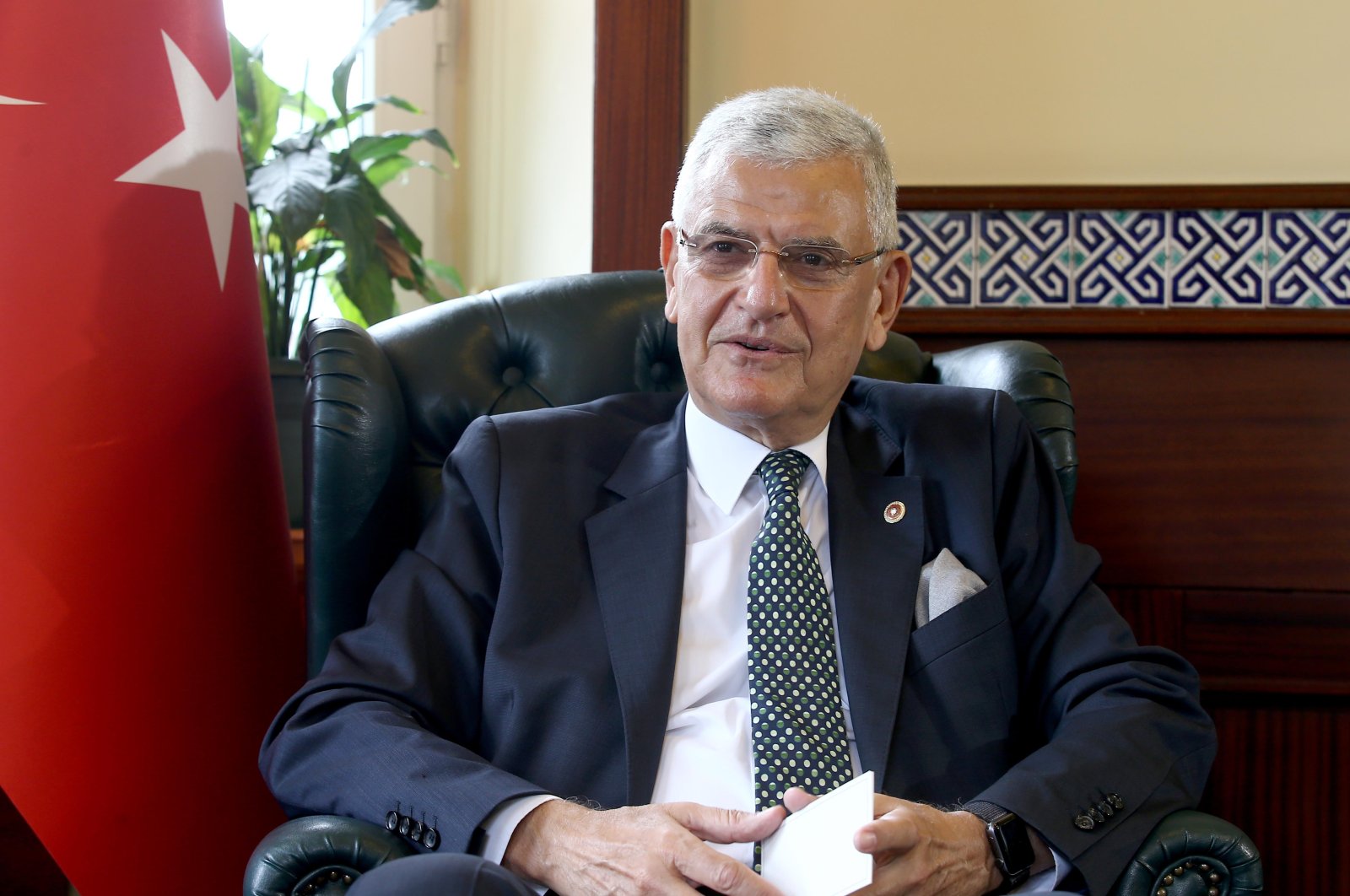 "Ambassador Feridun Sinirlioğlu, Permanent Representative of Turkey to the U.N., has been my first guest in our U.N. office for the transition period as President-elect of 75th UNGA," Bozkır said on Twitter.

He thanked Sinirlioğlu for his "kind visit."

"Today I met with some members of the international team that will work with me during my Presidency of 75th UNGA, in the U.N. office we will use until my assumption of Presidency on Sept. 15," Bozkır said in another tweet.

"We reviewed the preparations for the activities and issues for U.N.'s 75th anniversary," he added.

Bozkır's election marks the first time a Turkish diplomat has held the post in U.N. history, and the highest-ranking U.N. office ever held by a Turkish citizen. He will take office in September and hold the post for a year.

In a secret ballot vote, Bozkır, who was unopposed for the post, received 178 ballots in support as 11 nations abstained in June.

He was first elected to the Turkish legislature in 2011 following nearly 40 years in the Foreign Service which included posts in Germany, New York, Baghdad and Romania.

He also served as Turkey's minister for EU affairs and chief negotiator for EU accession between 2014 and 2016.

Turkey announced its candidacy in 2014 from the Western European and Others Group (WEOG) and Ambassador Bozkır was officially nominated for the position on Sept. 12, 2019.

The General Assembly is the main deliberative policymaking and representative organ of the U.N.

It provides a forum to discuss all international affairs for the 193 nations of the U.N.