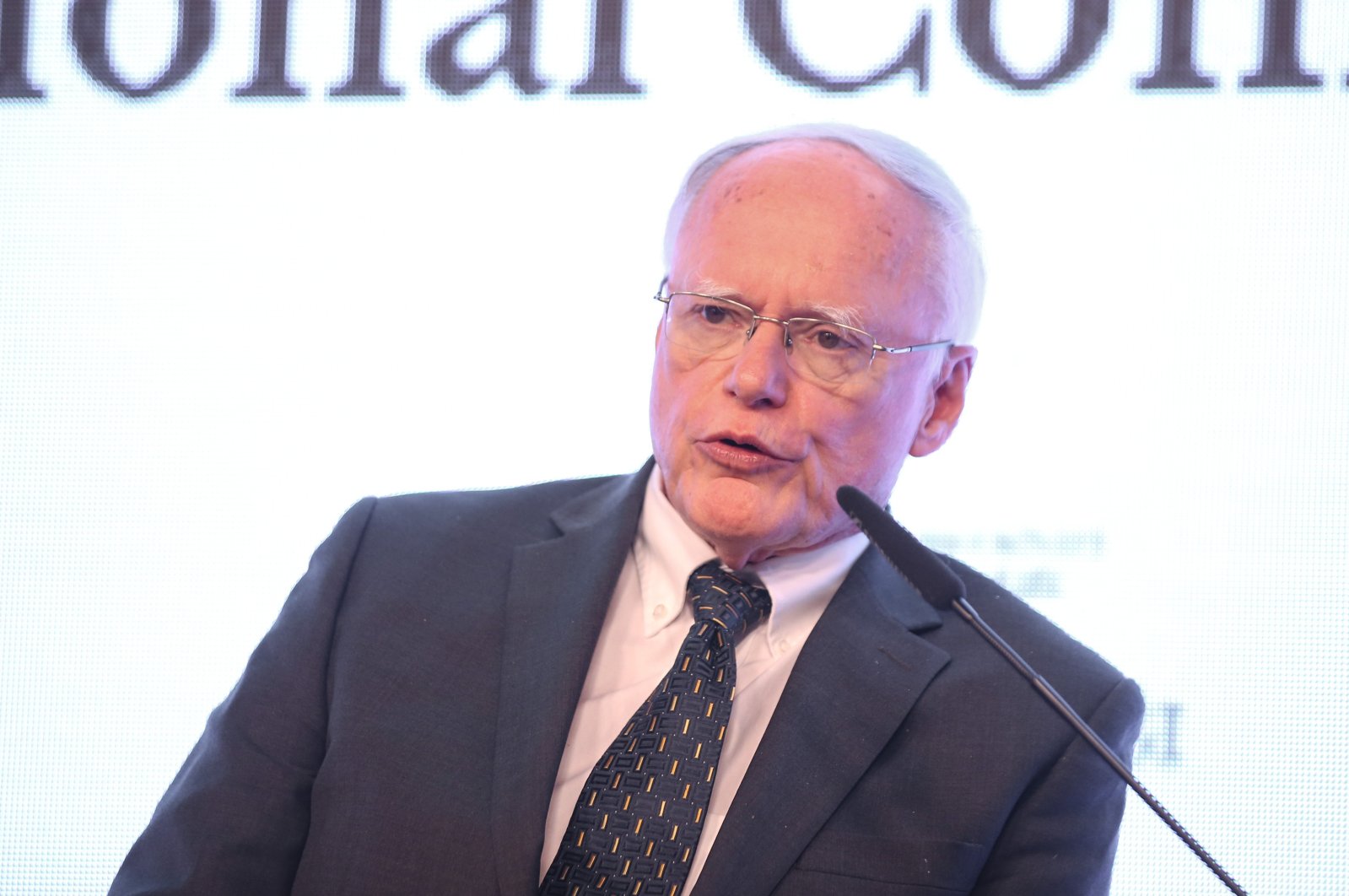 The United States aims to reduce and eventually eliminate the presence of the PKK terrorist group in Syria, U.S. Special Envoy for Syria James Jeffrey said, according to a Syria Direct report Tuesday.

“But Turkey has real concerns about the makeup of the SDF (Syrian Democratic Forces) and the presence of the PKK. So the solution is to work to reduce and eventually eliminate that presence,” he also said, using another acronym for the PKK-led groups in Syria.

Despite recognizing the PKK as a terrorist group and being aware of its NATO ally Turkey’s legitimate security concerns, the U.S. has supported the PKK’s Syrian branch, the YPG, and even partnered with them in the fight against Daesh. On the other hand, Turkey strongly opposed the terrorist group's presence in northern Syria, which has been a major sticking point in strained Turkey-U.S. relations. While underlining that one cannot support one terrorist group to fight another, Turkey conducted its own counterterrorism operations, over the course of which it has managed to remove a significant number of terrorists from the region.

Also commenting on the U.S. policy on Syria, Jeffrey said that the election results will not affect the presence of the U.S. troops in Syria.

Likewise, despite the electoral outcome, the current U.S. Syria policy “will continue” with bipartisan support, he added.

Regarding the process of finding a political solution in the war-torn country, Jeffrey reconfirmed Washington’s position that a political solution to the Syrian crisis “that reflects the will of the U.N. Security Council Resolution 2254 is absolutely necessary,” and expressed frustration that Russia has not pushed Bashar Assad to reengage with the political process so far.

In an effort to push Assad to the negotiating table, the U.S. has sanctioned a number of individuals with ties to the regime. Jeffrey also claimed that the mere threat of secondary sanctions has prevented foreign investment and international commercial cooperation with the Assad regime, though none have been applied under the Caesar Act.

The Treasury Department and State Department sanctions are the results of legislation known as the Caesar Syria Civilian Protection Act, named after the pseudonym of a Syrian police officer who turned over photographs of thousands tortured by the Assad regime.

Sanctions were imposed earlier this year on Assad, his wife and their eldest son, Hafez, as well as members of the extended Assad family, senior military leaders and business executives. Many of those on the list were already subject to U.S. sanctions, but the penalties also target non-Syrians who do business with them.