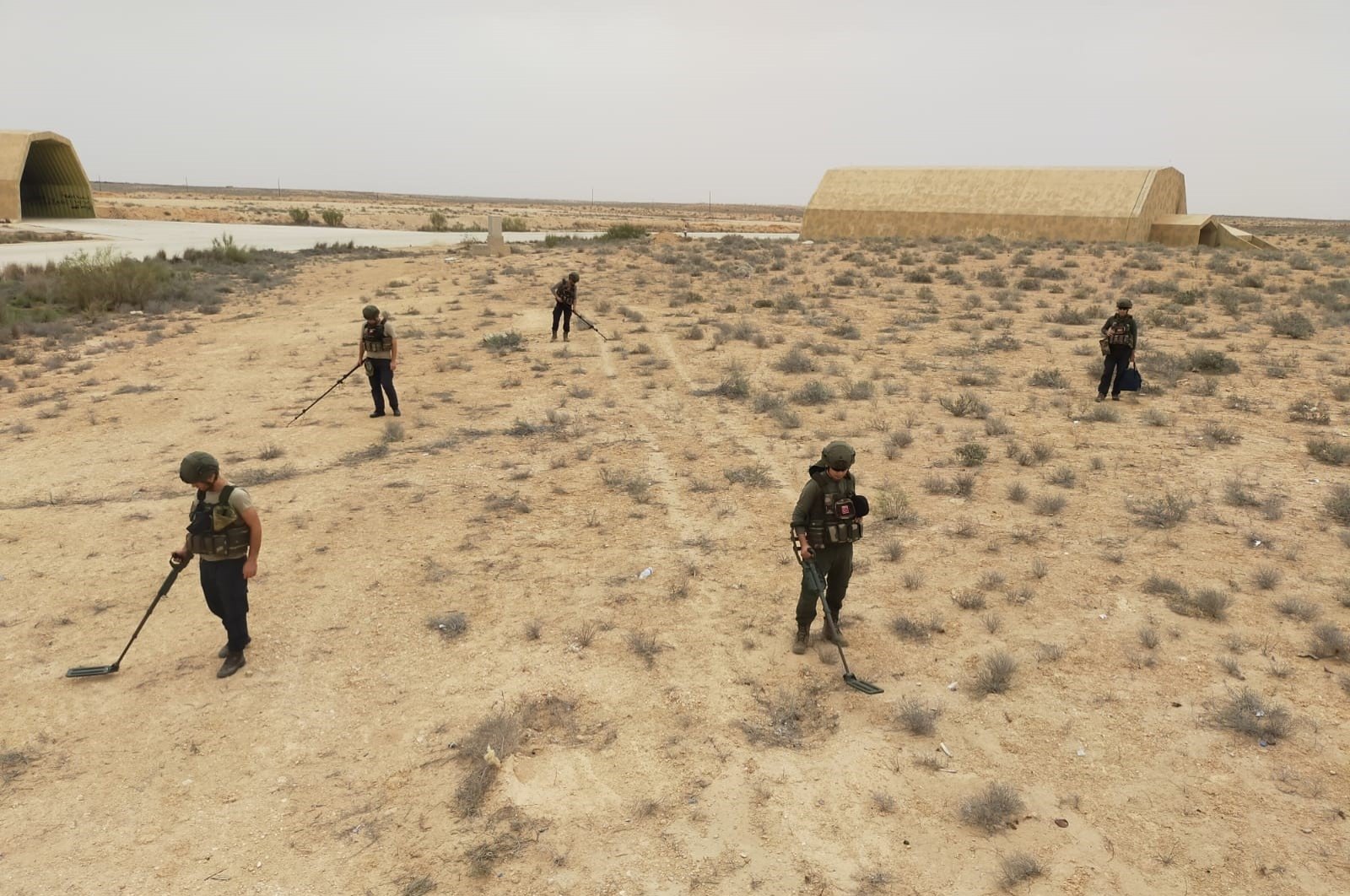 The U.S. ambassador to Libya praised Turkey on Thursday for helping to foster United Nations-led political negotiations among Libyan representatives while noting that the coming weeks will decide their outcome.

Despite multiple violations of a cease-fire in the country, Libya is on the brink of a new political consensus amid an ongoing conflict since April 2019 between the country's legitimate authority and militias loyal to putschist Gen. Khalifa Haftar which has claimed thousands of lives.

In an exclusive interview with Anadolu Agency (AA), Richard Norland said, "the Wagner Group, a proxy organization for the Russian government, has been a key driver of instability in Libya since last October and is seen as a threat to the current truce."

Expressing his willingness to visit Turkey and "consult with senior Turkish officials" over the diplomatic efforts on Libya, Norland reiterated that the U.S. is calling "on all sides in the conflict to implement the Aug. 21 calls for a cease-fire" by Prime Minister Fayez Sarraj and eastern-based House of Representatives Speaker Aguila Saleh.

He said talks on security were recently held in the Egyptian city of Hurghada and described them as "a positive development in this direction."

"We think consultations between Cairo and Ankara on these issues can be very useful in de-escalating the situation. We strongly support ongoing U.N. mediation as responsible Libyan parties come together to finalize a lasting cease-fire," Norland said.

Noting that the threat of renewed conflict still exists, the U.S. ambassador said, "the United States is also urging all foreign and Libyan figures to support Libya's stability and sovereignty" and to not take "steps that could undermine the current de facto cease-fire."

In response to a question on the demilitarization of the strategic coastal city of Sirte for a permanent cease-fire, Norland noted that "progress at Sirte could be an important first step" toward permanent peace in Libya.

"Libyans need to be able to engage in dialogue without the interference of foreign forces in order to end the conflict and move toward elections and a new government," he said.

Pointing out that they have seen reports of reinforcements and the arrival of military transport aircraft, he recalled earlier violations reported by the U.S. Africa Command (AFRICOM) and stressed that "any such reinforcements represent steps in the wrong direction."

The U.S. ambassador said "it is time to begin to de-escalate foreign military involvement, including the use of mercenaries, "foreign fighters" and private military contractors, as this only serves to deepen and prolong the conflict."

Stressing that the presence of foreign combat forces undermines Libyan sovereignty, Norland drew attention to the use of Syrian fighters as well as mercenaries from Africa by both sides in the conflict and said it "is immensely destabilizing."

"The Wagner Group, a proxy organization for the Russian government, has been a key driver of instability in Libya since last October and is seen as a threat to the current truce. Russia is well aware of the clear U.S. position in this regard," he said.

The number of mercenaries sent by Russia to Haftar's militias in Libya from areas controlled by Syria's Bashar Assad regime has exceeded 5,000, according to Anadolu Agency's (AA) reliable sources in Syria.

Commenting on criticism of the U.S. for remaining passive against Haftar's attacks on the Libyan capital, Norland said, "U.S. policy has been and remains clear: We oppose all military escalation and support the Libyan people in determining their own future."

He stated that the U.S. supports intra-Libyan dialogue toward a peaceful resolution and "the restoration of Libyan sovereignty without foreign military interference."

Noting that Washington recognizes Turkey's critically important role, not just because it is a NATO ally, Norland said, "Turkey has already contributed to setting the stage for political negotiations between Libyan representatives, facilitated by the U.N. Now is a critical time, however. The coming weeks will decide whether these negotiations are to be successful."

"I am confident my exchanges with senior Turkish officials will shed light on how Turkey intends to work with other interested regional partners, as well as Libyan leaders, to consolidate a security context in which the Libyan Political Dialogue Forum can prepare for new elections and a stable, prosperous Libya without fear of renewed conflict," he said.

Regarding a possible place for Haftar in the future of Libya, the U.S. ambassador said: "Libyans should be allowed to answer this question through a peaceful and democratic process. We engage with leaders across the spectrum, urging them to embrace a political solution under the U.N.-guided process that allows Libyans to have their say through elections."

"Libyans have their own views, hardships and expectations of their leadership. We know that many are suffering severe cuts in electricity, lack of access to water and problems with accessing funds in their bank accounts, all in the midst of the COVID-19 pandemic and corruption," he said.

The U.N. recognizes the government headed by Sarraj as the country's legitimate authority as Tripoli has continued to battle Haftar's militias since April 2019 in a conflict that has claimed thousands of lives.

Diplomatic efforts have been underway in recent weeks to reach a solution to the Libyan conflict following the Libyan Army's victories against Haftar's militias.