US envoy in Turkey for talks on upcoming Libya elections 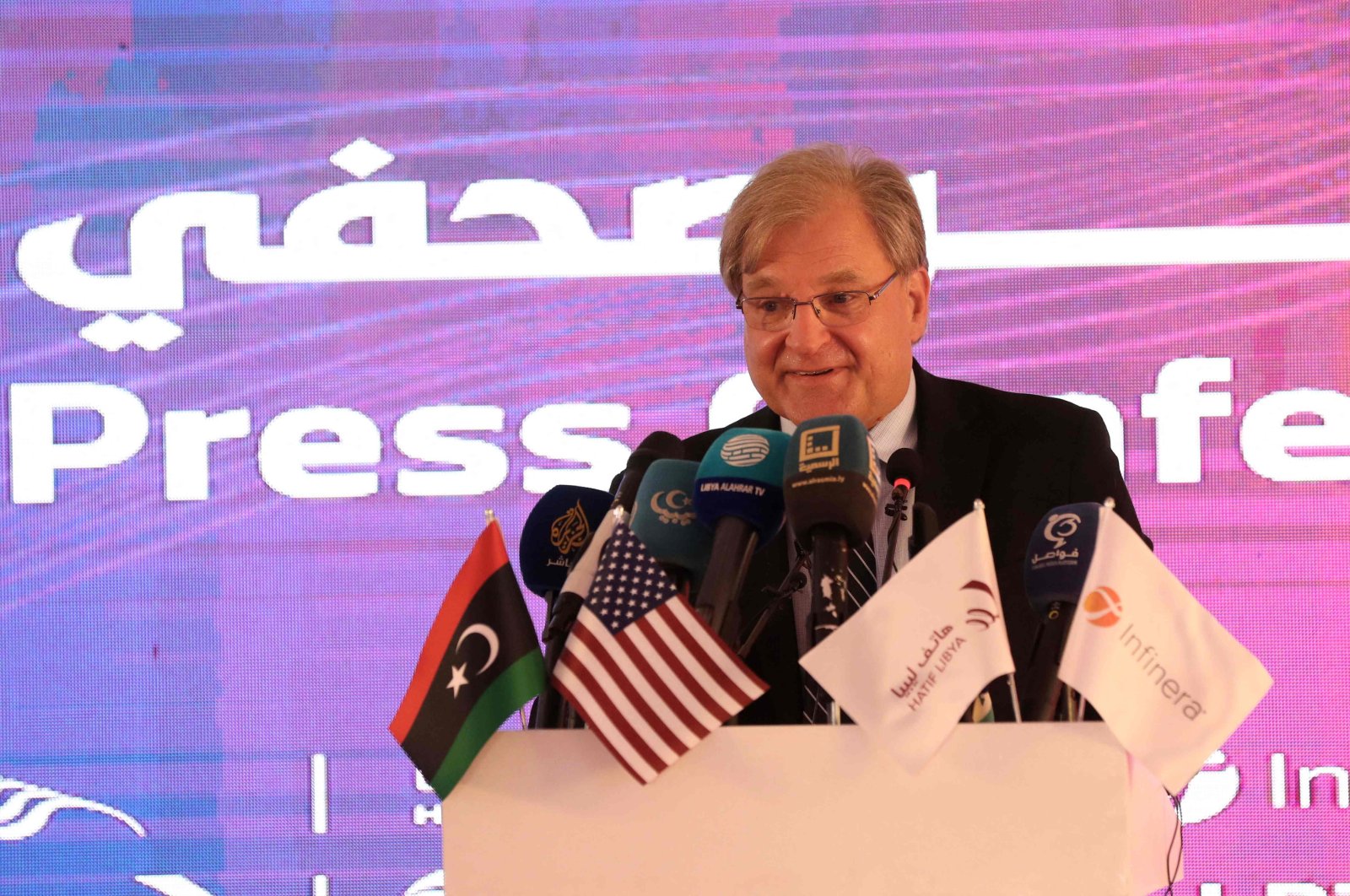 US Ambassador to Libya Richard Norland speaks after the US Infinera and Hatif Libya companies signed an agreement to develop the national network of communication in Libya's capital Tripoli on July 26, 2021. (AFP Photo)
by Anadolu Agency Aug 14, 2021 1:01 am
RECOMMENDED

The United States ambassador to Libya on Friday paid a visit to Turkey for talks with top Turkish officials on boosting U.S. support for Libya's general elections set for this December.

Richard Norland's visit to the Turkish capital Ankara was set to focus on the constitutional basis and legislative background, critical elements for Libya's Dec. 24 presidential and parliamentary elections, the U.S. Embassy to Libya said in a statement.

It underlined that the U.S. supports the Libyan public's right to elect their leaders without external pressure and through a transparent, democratic process.

It called on political figures to exercise their influence for the benefit of Libyan citizens during the critical period.

The envoy's visit comes after Libyan delegates failed to reach an agreement for December elections.

Visiting Cairo, Egypt on Aug. 10-11, Norland had talks with warlord Khalifa Haftar, who on Monday said his militia "would not be subordinate to the current Libyan government."

Libya has been torn by civil war since the ouster of late ruler Muammar Gaddafi in 2011.

On Feb. 5, Libya's rival political groups agreed during U.N.-mediated talks to form an interim unity government to lead the country to elections this December.

On March 16, an elected transitional authority, made up of a unity government and a presidential council, assumed their duties to lead the country through a transitional phase to parliamentary and presidential elections slated for Dec. 24.