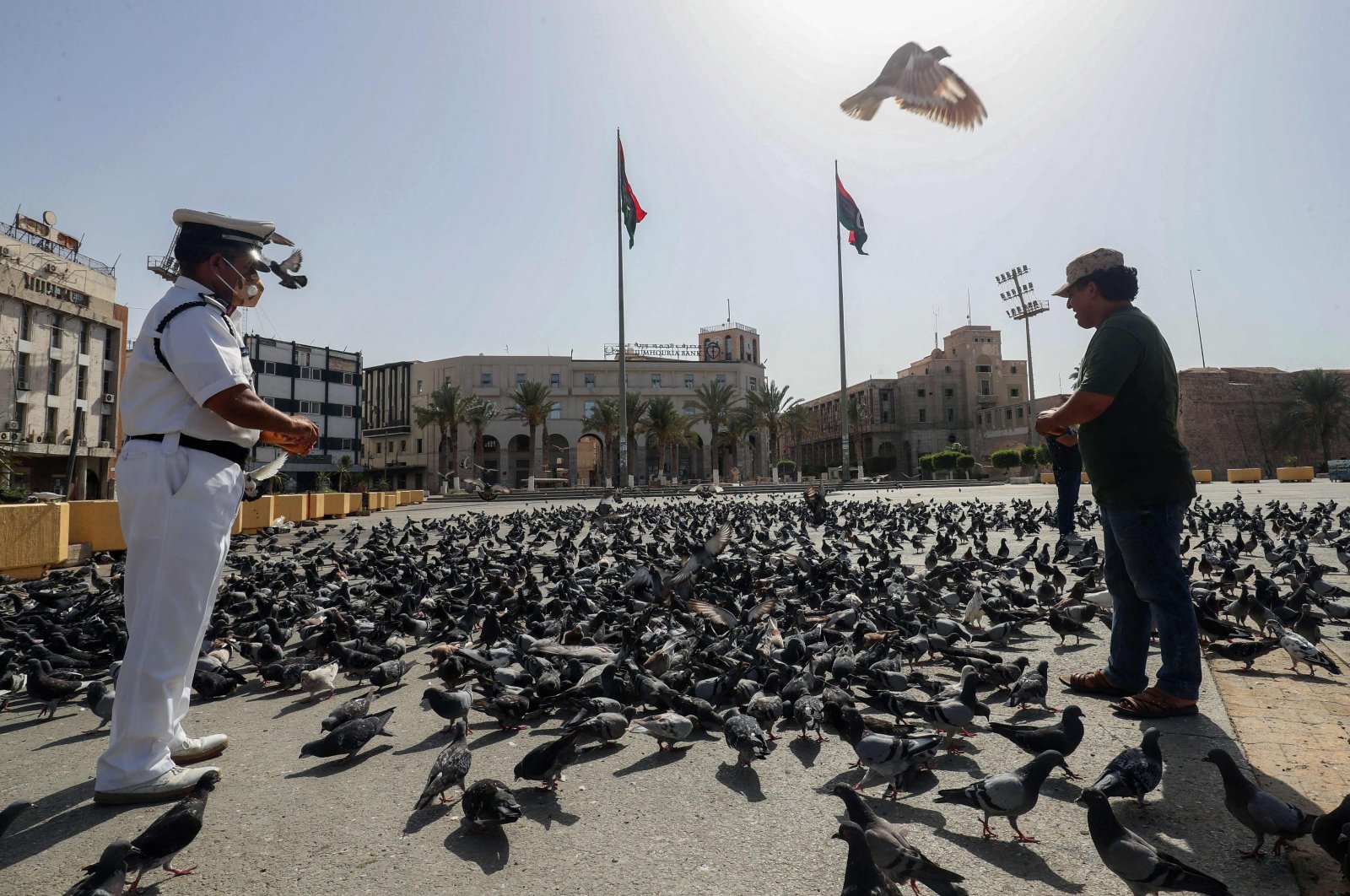 Men feed pigeons in an empty Martyrs square in downtown Tripoli, a day after authorities announced a total curfew through the weekend to mitigate the spread of COVID-19, Tripoli, Libya, August, 7, 2021. (Photo by Mahmud TURKIA / AFP)
by French Press Agency - AFP Aug 13, 2021 11:20 am
RECOMMENDED

The first day of new United Nations-led talks between delegates from war-torn Libya failed to reach an agreement on a constitutional framework to hold elections as planned in December, the United Nations said.

The United Nations Support Mission in Libya said participants at Wednesday's meeting held via videoconference discussed four proposals, the contents of which were not disclosed.

"A final decision on the constitutional basis" for legislative and presidential elections would be taken up at the next meeting, UNSMIL said, without giving a date.

The talks came six weeks after the failure of negotiations held in Switzerland between 75 participants from all sides gathered for the Libyan Political Dialogue Forum.

UNSMIL acknowledged the failure of that session after four days, due to a lack of consensus.

Under an U.N.-backed ceasefire agreed on last October, an interim administration was established in March to prepare for polls on December 24.

The deal was widely hailed as "historic" at the time, but divisions have since resurfaced, raising doubts that elections can go ahead as planned.