US lawmakers thank Turkey for medical aid during pandemic 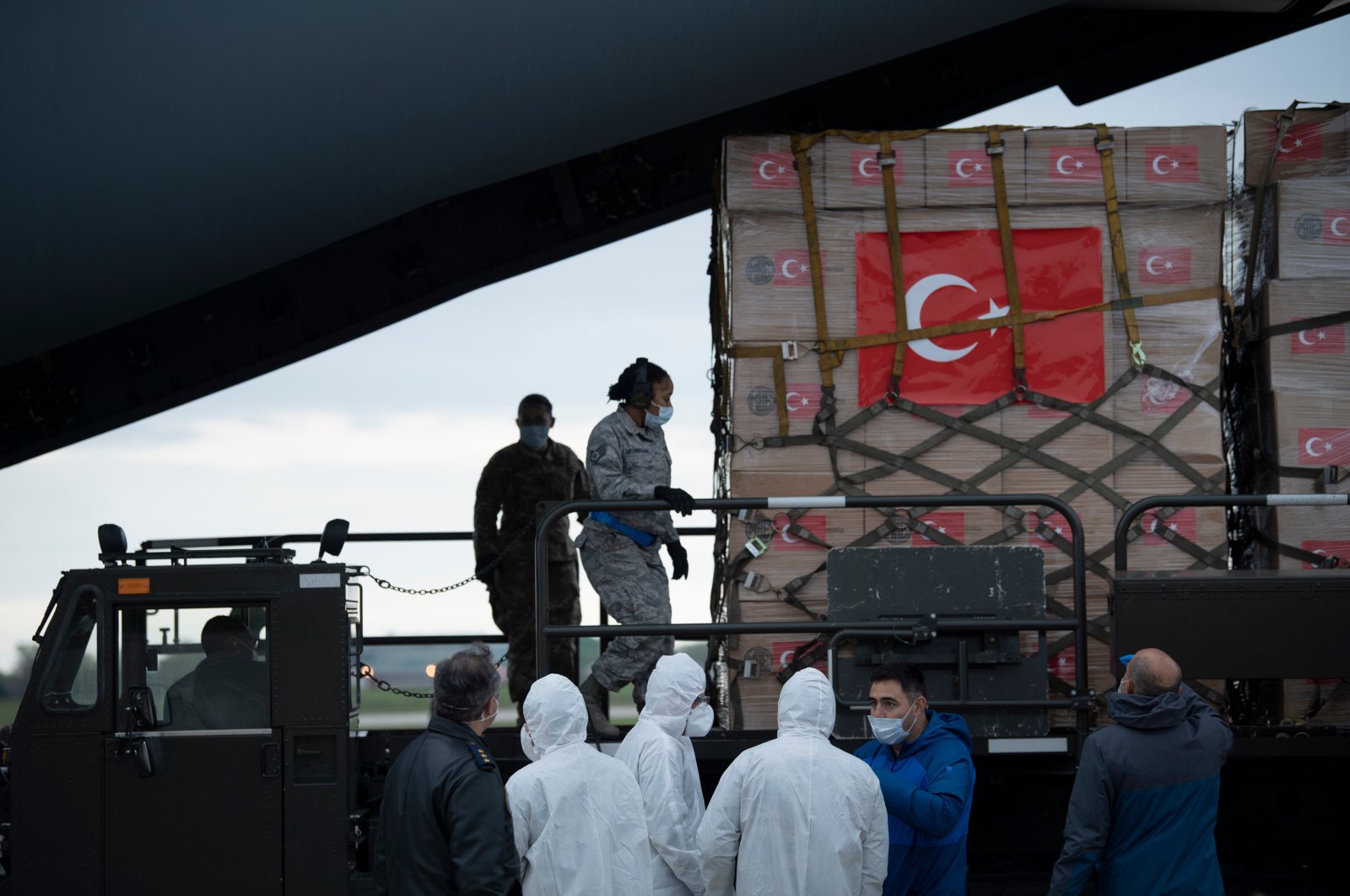 A Turkish military cargo plane with medical supplies and protective equipment to combat COVID-19 in the US is unloaded at Andrews Air Force Base, in Maryland, April 28, 2020. (AFP)
by Anadolu Agency
May 04, 2020 11:17 am

At least two other U.S. lawmakers have joined the chorus thanking Turkey for sending badly needed medical supplies to the country, where the coronavirus pandemic has killed more people than anywhere else in the world.

"As co-chair of the Caucus on U.S.-Turkish Relations and Turkish Americans, I am grateful to our NATO ally Turkey for their generosity," Wilson said in a statement. "Working together, we will protect citizens of Turkey and America from the devastation of the Wuhan virus," he added.

Hastings, who also sits on the Turkey Caucus, lauded Turkey's generosity on Twitter, saying: "We're all in this together and appreciate this kind gesture."

Turkey has sent two shipments of medical equipment to the U.S. as the country finds itself the worst hot spot of the global pandemic.

Secretary of State Mike Pompeo, as well as Mooney and Chabot, also thanked Ankara for its assistance, with the top diplomat saying: "We will get through this together and come out stronger than before."

Turkey has helped at least 57 countries, including Italy, Spain, and the U.K., and remains the world's third-largest provider of humanitarian aid during the pandemic.

The pandemic has killed more than 66,000 people in the U.S., with the total number of infections exceeding 1.1 million.

COVID-19 cases have been reported in 187 countries and regions since it emerged in Wuhan, China last December, with the U.S. and Europe the hardest-hit areas.

More than 3.4 million cases have been reported worldwide, with the death toll exceeding 244,000, according to data compiled by the U.S.' Johns Hopkins University. Over 1.1 million people have recovered.