US reiterates call for Armenia, Azerbaijan to end hostilities 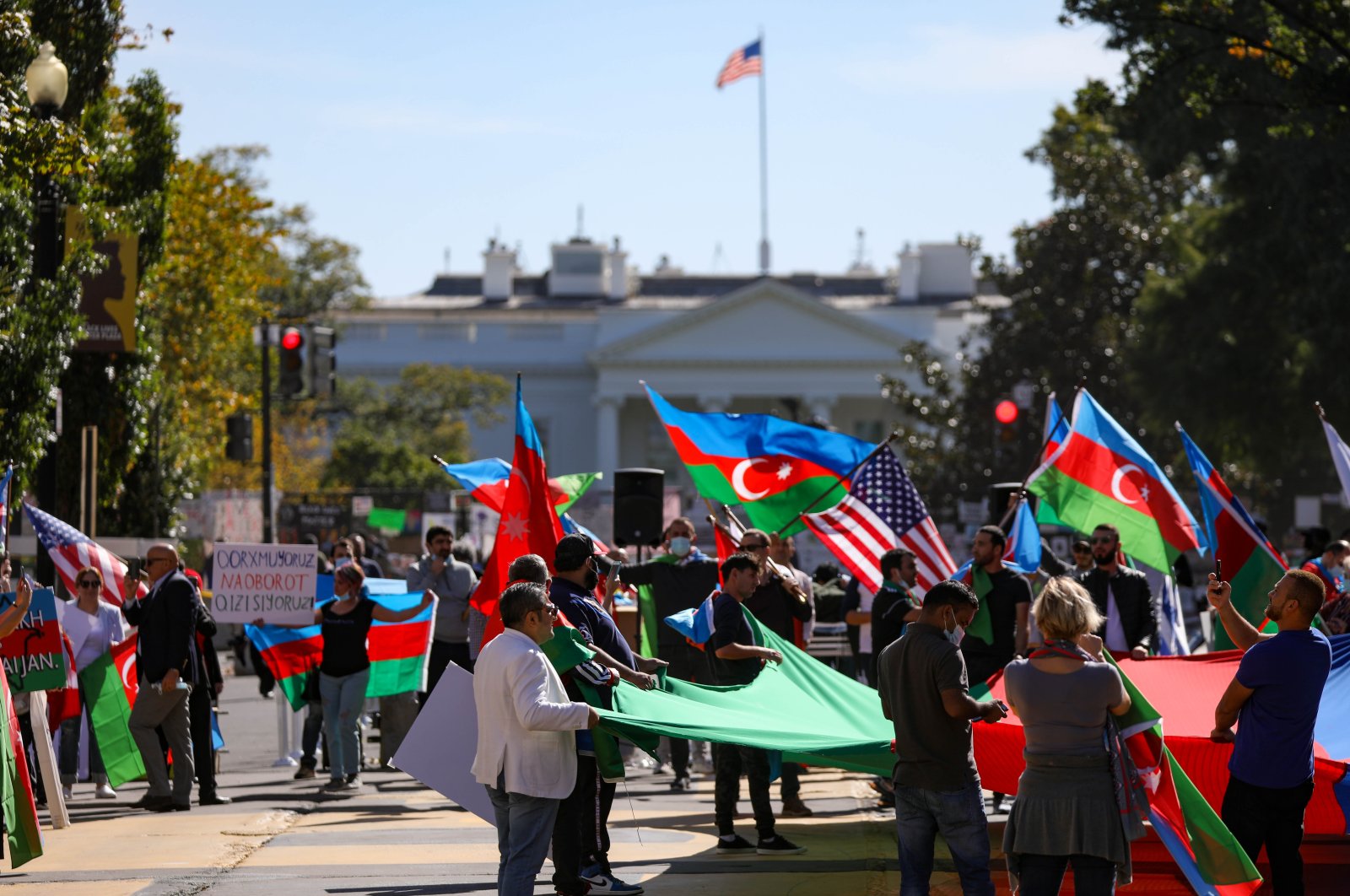 The United States on Wednesday once again urged Armenia and Azerbaijan to immediately halt hostilities, calling for a cease-fire.

Secretary of State Mike Pompeo said Washington is committed "to helping Azerbaijan and Armenia achieve a peaceful and sustainable settlement to their conflict."

"We’ve asked every international player to stay out of the region, not to continue to reinforce trouble, and we’re working to deliver that," he told reporters at the State Department. "We’re using our diplomatic toolkit to try and achieve an outcome that gets a stand down, a cease-fire and an outcome that is a solution based on international law."

Pompeo called on Yerevan and Baku "to implement their agreed-upon commitments to a cease-fire and stop targeting civilian areas."

Nagorno-Karabakh has seen heavy fighting in recent weeks which has claimed the lives of 600 people, including civilians. The region is considered by the United Nations and international law to be part of Azerbaijan.

The clashes began on Sept. 27 when Armenian forces targeted Azerbaijani civilian settlements and military positions in the region, leading to casualties.

From Sept. 27 to Oct. 14, at least 43 Azerbaijani civilians lost their lives and more than 200 were injured, the country's chief prosecutor's office said.

More than 30 villages have liberated from Armenian occupation in the Azerbaijani army's operations.

Meanwhile, hundreds of demonstrators carrying Azerbaijani and Turkish flags on Wednesday gathered in front of the White House to show their support for Azerbaijan.

However, Armenian forces launched a missile strike the next day on Azerbaijan's second-largest city, Ganja – despite the region being outside the front-line zone – leaving at least 10 people dead and 35 others wounded, including women and children.