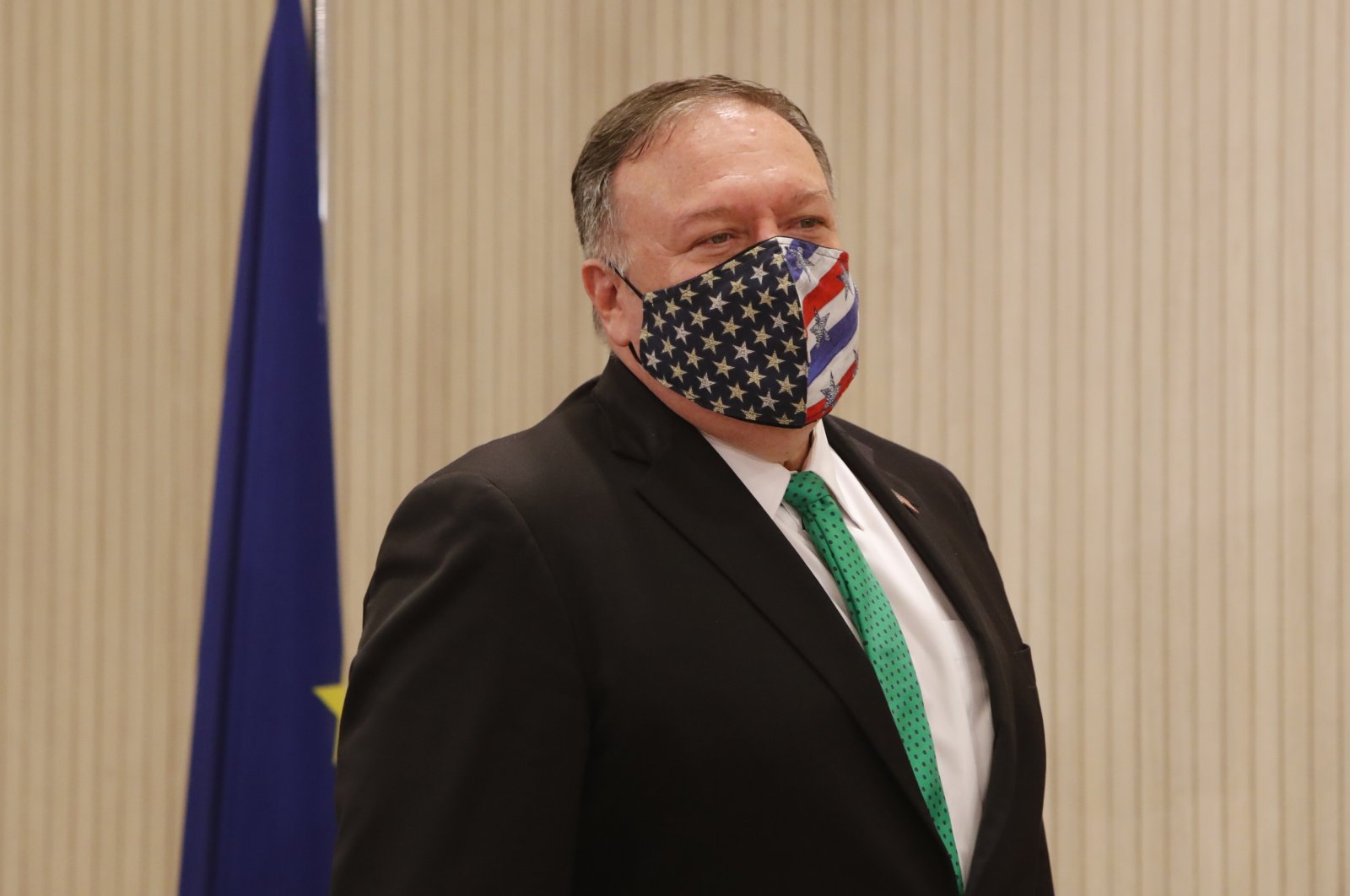 U.S. Secretary of State Mike Pompeo said Tuesday he will travel to Turkey to meet Istanbul patriarch as part of a seven-nation tour from Nov. 13-23, but he will not be meeting with Turkish officials during the visit.

Pompeo said during a briefing at the State Department that he would leave Friday for France and would then visit Turkey, Georgia, Israel, Qatar, the United Arab Emirates (UAE) and Saudi Arabia.

"The conversations will differ obviously in each country, (with) many different things to cover, but I am sure many of them will focus on this administration's historic efforts to forge peace and cooperation throughout the Middle East," he said.

According to the State Department, Pompeo will meet French President Emmanuel Macron and Foreign Minister Jean-Yves Le Drian in Paris.

"Following Paris, Secretary Pompeo will travel to Istanbul, Turkey to meet with His All Holiness the Ecumenical Patriarch of Constantinople, Bartholomew I, to discuss religious issues in Turkey and the region and to promote our strong stance on religious freedom around the world," said the statement.

The top U.S. diplomat is not scheduled to meet with his Turkish counterpart or other Turkish officials.

In September, Pompeo came under fire by Turkey for visiting the Greek Cypriot administration on the heels of lifting the U.S. arms embargo on the administration.

Turkey decried both moves, saying that Pompeo should also have visited the Turkish Republic of Northern Cyprus (TRNC) and that lifting the arms embargo only raised tensions in the region.

The top diplomat will then head to Israel, where he will meet with Prime Minister Benjamin Netanyahu to "discuss the Abraham Accords and our joint efforts to address Iran's malign activities."

Next, he will travel to the UAE and meet with Abu Dhabi Crown Prince Mohammed bin Zayed al-Nahyan to discuss security cooperation and regional issues.

The visits come more than a week after the U.S. presidential election saw Democrat Joe Biden defeat President Donald Trump in the race for the White House.

Trump has, however, vowed to wage a legal fight against the projected results and has demanded vote recounts.