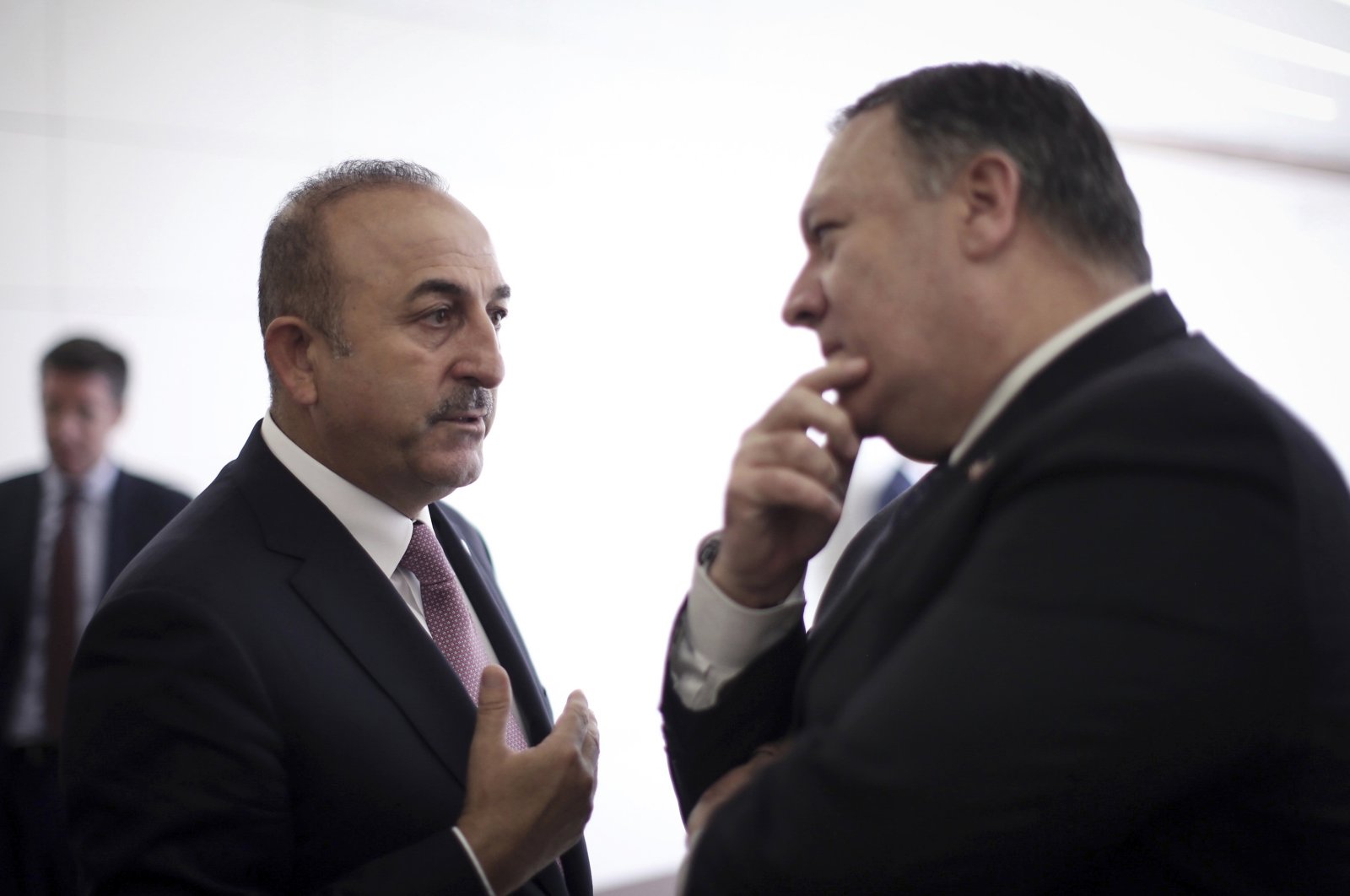 Foreign Minister Mevlüt Çavuşoğlu slammed his American counterpart during a recent video summit of NATO for holding anti-Turkey meetings with other EU leaders ahead of the summit and unjustly accusing Turkey of increasing tensions in the region.

In the video conference, U.S. Secretary of State Mike Pompeo claimed Turkey was carrying out “provocative” activities in the Eastern Mediterranean region, Syria, Nagorno-Karabakh and Libya, as he called Turkey’s purchase of the S-400 missile system a “gift to Russia.” He also accused Turkey of undermining cohesion in the bloc.

In response to Pompeo’s remarks, Çavuşoğlu said Turkey’s purchase of the S-400 was not a choice but a necessity because of U.S.' refusal to sell the Patriot system to Ankara for 10 years.

He noted that NATO allies had also withdrawn their Patriot batteries at a time when Turkey needed them the most.

The purchase of the Russian system has been a sticking point between Ankara and Washington, as the U.S. has argued that the S-400 system would be incompatible with NATO systems and would expose its advanced fifth-generation F-35 fighter jets to possible Russian subterfuge.

In response to U.S. concerns, Turkey has emphasized that the S-400 would not be integrated into the NATO systems, and therefore had no chance of posing any threat to the alliance or its armaments. Turkey even proposed setting up a commission to clarify any technical issues. But the U.S. has, so far, not responded to this proposal.

The Turkish foreign minister continued by asking Pompeo why his country rejected the establishment of a trilateral technical commission supported by NATO, implying that Washington is not in favor of dialogue or finding a solution to the problem.

He also slammed the U.S. for failing to take an impartial stance regarding the Eastern Mediterranean tensions with Greece and the Cyprus issue.

“Rather than acting as an objective mediator, the U.S. chose the path of supporting Greece and Greek Cypriots’ maximalist claims,” Çavuşoğlu said, as he highlighted once again that Turkey is willing to carry out dialogue on the issue without any preconditions but Greece has been refusing to cooperate.

He also noted that Greek’s uncooperative stance has also been affecting the NATO-led technical talks.

Declaring the Greek-Egyptian deal "null and void," Turkey authorized the Oruç Reis to continue its activities in an area within Turkey's continental shelf.

Çavuşoğlu also rejected Pompeo’s claims that Turkey was undermining the cohesion of NATO, as he said Turkey actively supports enhancing the alliance's partnership initiatives but allies need to avoid following hostile policies against the country and NATO needs to monitor such actions.

Touching upon Turkey’s anti-terror fight in Syria, Çavuşoğlu said the Turkish military is the only one that has fought directly against Daesh and other terrorists in the country.

“But in response, the U.S. provides arms and training to the YPG/PKK, despite the fact that U.S. military authorities have acknowledged that there is no difference between the PKK and the YPG,” he said.

In September, Pompeo came under fire by Turkey for visiting the Greek Cypriot administration on the heels of lifting the U.S. arms embargo on the administration.

Turkey decried both moves, saying that Pompeo should also have visited the Turkish Republic of Northern Cyprus (TRNC) and that lifting the arms embargo only raised tensions in the region.

Last month, the U.S. secretary of state came to Turkey but did not meet with Turkish officials and only held a meeting with Greek Orthodox Patriarch Bartholomew.

Regarding the Libyan crisis, Çavuşoğlu said Turkey has been supporting the U.N.-recognized Government of National Accord (GNA) in the country and has facilitated the ongoing political process.

On Nagorno-Karabakh, Çavuşoğlu said the Minsk Group, which was set up in 1992 by the Organization for Security and Co-operation in Europe (OSCE), has failed to find a solution to the problem for 30 years and turned a blind eye to Armenia's violations of the cease-fire during recent clashes.

“The clashes started as a result of Armenian provocations and neither the U.S. nor France condemned Armenia when the three cease-fire attempts – one of which was led by the U.S. – were violated by them,” he said.