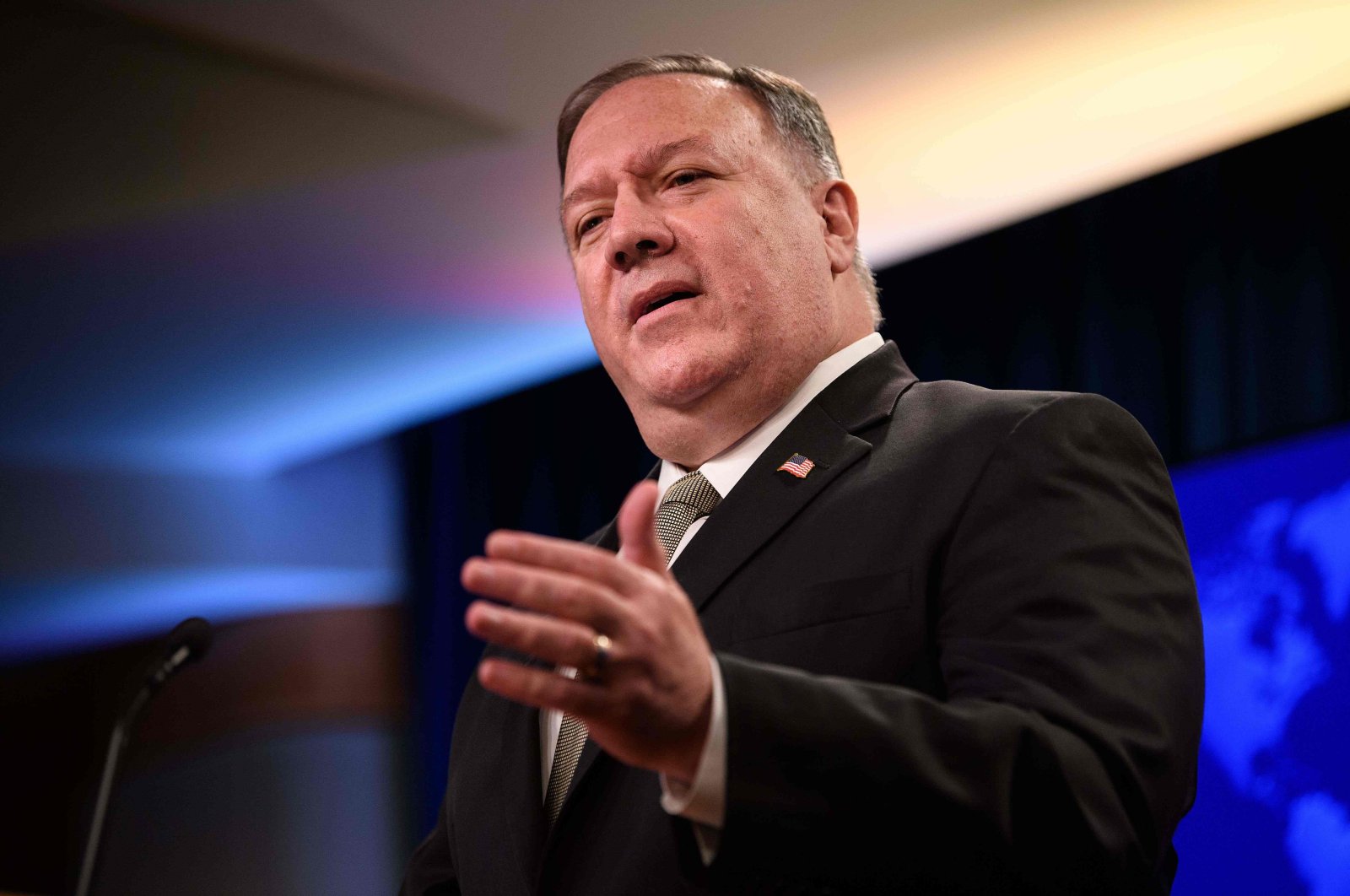 Pompeo will hold talks on the island on Saturday after a trip to Doha where he will help inaugurate long-awaited talks between Afghanistan's government and the Taliban.

The U.S. diplomat said his trip to the island of Cyprus would complement phone calls by President Donald Trump with his Turkish counterpart President Recep Tayyip Erdoğan and Greek Prime Minister Kyriakos Mitsotakis.

The dispute "has to be resolved in a way that's diplomatic and peaceful," Pompeo told reporters on his plane.

"So I'll be working on that project as well, trying to make sure that I understand the risks that are associated from the people of Cyprus' perspective," he said.

Pompeo credited Germany with seeking to lower tensions. France has also been active on the maritime rift and has staunchly backed Greece and the Greek Cypriot administration.

Pompeo's trip comes shortly after the U.S. had lifted a decades-old arms embargo on the Greek Cypriot administration, outraging Turkey.

The island of Cyprus has been divided since 1974 when a Greek Cypriot coup took place after decades of violence against the island's Turkish community, provoking Ankara's intervention as a guarantor power. The Turkish Republic of Northern Cyprus (TRNC) was established in 1983 on the northern tier of the island and is only recognized by Turkey. The country faces a longstanding embargo on commerce, transportation and culture.