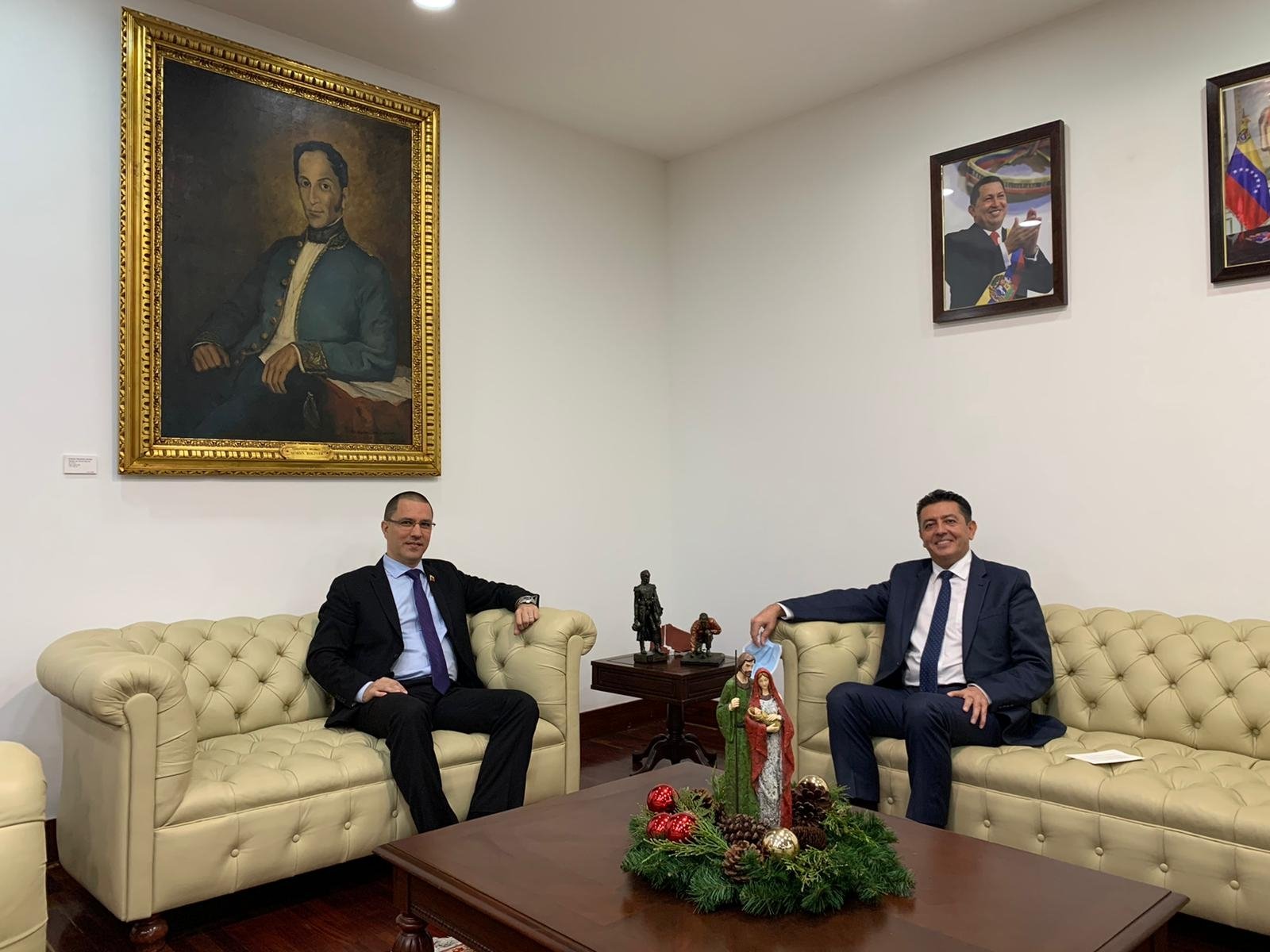 Venezuela and Turkey have always enjoyed "good relations," and President Nicolas Maduro was one of the first leaders to condemn the July 15 FETÖ coup attempt, said Jorge Arreaza.

The terrorist group, led by Fetullah Gülen who currently resides in Saylorsburg, Pennsylvania, in the U.S., orchestrated the 2016 coup attempt through the organization's military infiltrators. It has faced heightened scrutiny since then, and thousands of people linked to the group were detained or arrested following the coup attempt.

Back in 2018, Venezuela handed two schools linked to FETÖ over to the Turkish state-backed Maarif Foundation, confirming its stance against the terrorist group. Turkey established the Maarif Foundation in 2016, following the coup attempt, to assume control of FETÖ-linked schools abroad.

Relations are not at the level we would like them to be, but the two countries' economies have the potential to complement one another, Arreaza said, while taking questions from Mehmet Necati Kutlu, the Latin Studies Center director at Turkey's Ankara University.

"Those who want to invest in Venezuela from Turkey are being phoned and threatened. There are some who are imposing sanctions. Therefore, I believe there is a need for a new legal framework to protect private sector investments," Arreaza said. "In the coming years we will see the best figures in trade with Turkey and I believe we will establish closer cultural relations."

The minister added: "The Turkish ambassador wants to inaugurate the cultural center of Turkey in a short time, and we also mentioned a mosque. We are starting to get to know each other. We are very distant but very alike."

Venezuela has been rocked by protests since last year when President Nicolas Maduro was sworn in for a second term following a vote boycotted by the opposition.

After the U.S. hastily threw its support behind Guaido, Erdoğan expressed his surprise and disappointment that his counterpart Donald Trump would choose to back an apparent coup attempt.

Bilateral ties have flourished during the coronavirus pandemic as well since Turkey sent a series of medical aid to Venezuela.

Back in July, Turkey's ambassador to Venezuela Şevki Mütevellioğlu expressed that the Venezuelan side welcomed the aid as its economy is crippled by sanctions. Despite COVID-19, bilateral trade cooperation continues strengthening, Mütevellioğlu said, adding that "the bilateral trade volume in the first six months of 2020 showed remarkable improvement compared to last year."

Regarding possible relations between Venezuela and the U.S., Arreaza said if the new American administration wants dialogue, Venezuela is open to it.

"There was no way a civilized dialogue with the Trump administration could continue. I hope we can establish this with President-elect Joe Biden," he said. "We will have to wait to see if Biden will allow being controlled by military, industry, technological, financial groups, or whether he can put some will of his own identity and personality to improve relations with Venezuela."

The U.S. has been Venezuela's most important trade partner for 100 years, but it has now been replaced with China, he said, adding we can have a "good relationship" with the U.S. under international law and mutual respect.