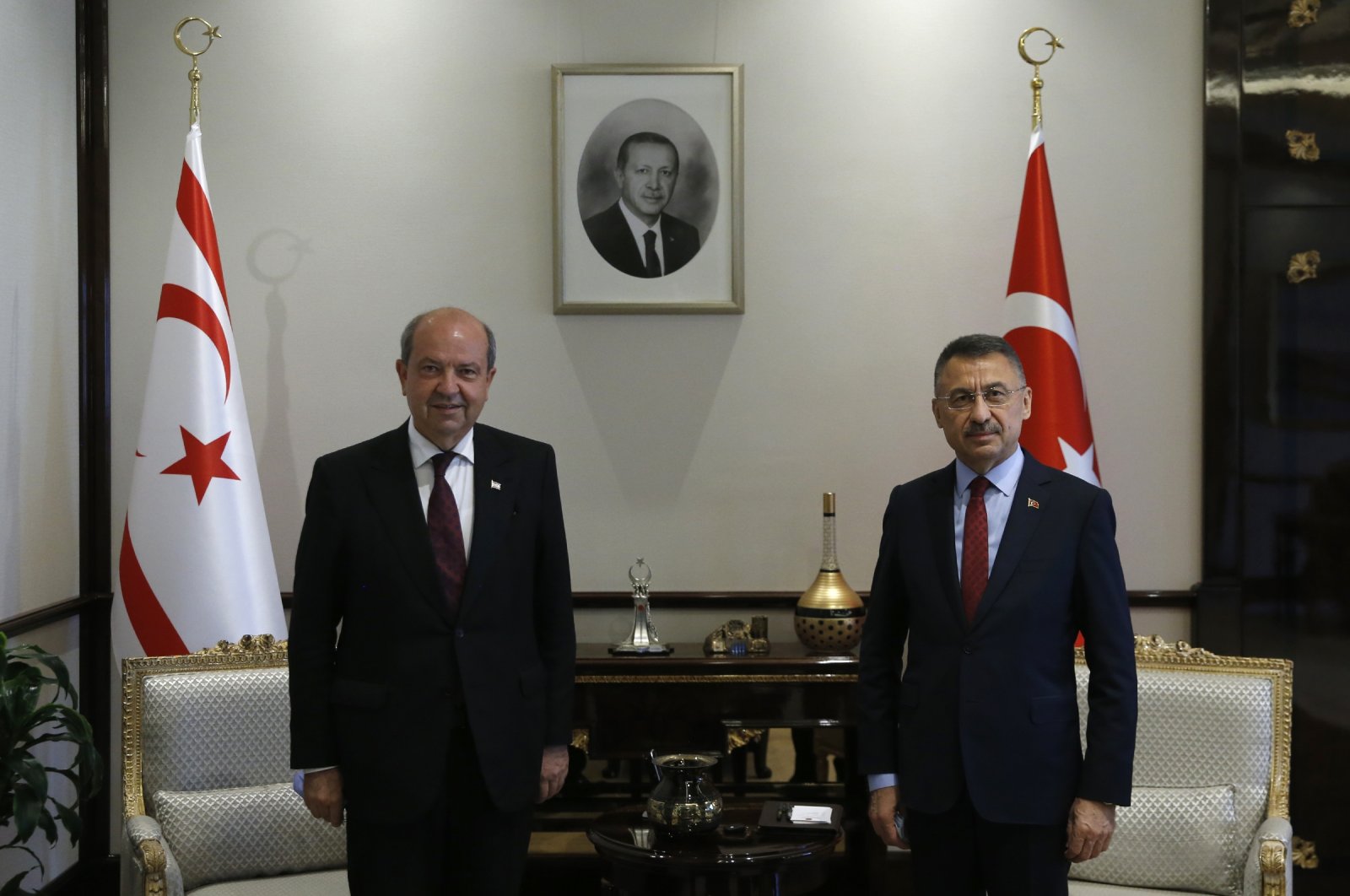 Turkey has called on the United States to reconsider a decision to partially lift a 33-year-old arms embargo against Cyprus, saying the move disrupts “equality and balance” between the Turkish Cypriot and Greek Cypriot communities on the ethnically divided island nation.

Turkish Vice President Fuat Oktay said Ankara would continue to take steps to guarantee the security and welfare of the self-declared Turkish Cypriot state and of Turkish Cypriots “against such positions that increase the risk of confrontation in the region."

Oktay said Wednesday that Turkey and the Turkish Republic of Northern Cyprus (TNRC) are "aware of the games that are being played against them.”

The embargo, imposed in 1987, was designed to prevent an arms race that would hinder United Nations-facilitated reunification efforts. It was directed against the southern, Greek Cypriot part of the island where the internationally recognized government is seated.

Cyprus was split in 1974 when Turkey intervened as a guarantor power following a coup by supporters of union with Greece, which is known as "Enosis." Turkey recognizes the TRNC as a sovereign nation and maintains more than 35,000 troops there.

Turkey’s Foreign Ministry said the U.S. decision harms efforts to reunify Cyprus, “poisons” regional stability and goes against the “spirit of alliance” between the U.S. and Turkey.

U.S. Secretary of State Mike Pompeo informed Greek Cypriot leader Nicos Anastasiades in a telephone call late Tuesday that the U.S. was partially lifting the arms embargo against Cyprus for one year — with the option of renewal — to let it procure non-lethal equipment.

“It’s been a long time coming," Pompeo told a media briefing on Wednesday. “We’ve been working on this for an awfully long time. We know that this decision was announced in light of heightened tensions in the Eastern Mediterranean, but we thought it was the right thing."

Greek Cyprus administration spokesperson Kyriakos Koushos, told The Associated Press that this is less about bolstering the country militarily than underscoring the significant role that Washington attributes to Cyprus in helping to strengthen regional security and stability.

The move came at a time of increased friction between Turkey and its Eastern Mediterranean neighbors, Greece and Cyprus, over offshore energy explorations rights. Warships from the two NATO allies have been shadowing each other in recent weeks as Turkish survey vessels and drillships continue to prospect for hydrocarbons in waters where Greece and the Greek Cypriot administration claim exclusive economic rights.

On Wednesday, Greece carried out a bond auction as part of efforts to boost cash reserves for additional support to pandemic-hit businesses as well as defense spending to face the crisis with Turkey.

"We’re urging everyone to stand down, to reduce tensions and begin to have diplomatic discussions about the conflicts ... in the Eastern Mediterranean," Pompeo said. “It is not useful to increase military tension in the region. Only negative things can flow from that."

The U.S. envoy to the Greek Cyprus administration, Judith Garber, said the lifting of the embargo "strengthens the U.S.-Greek Cyprus security partnership while boosting regional security."