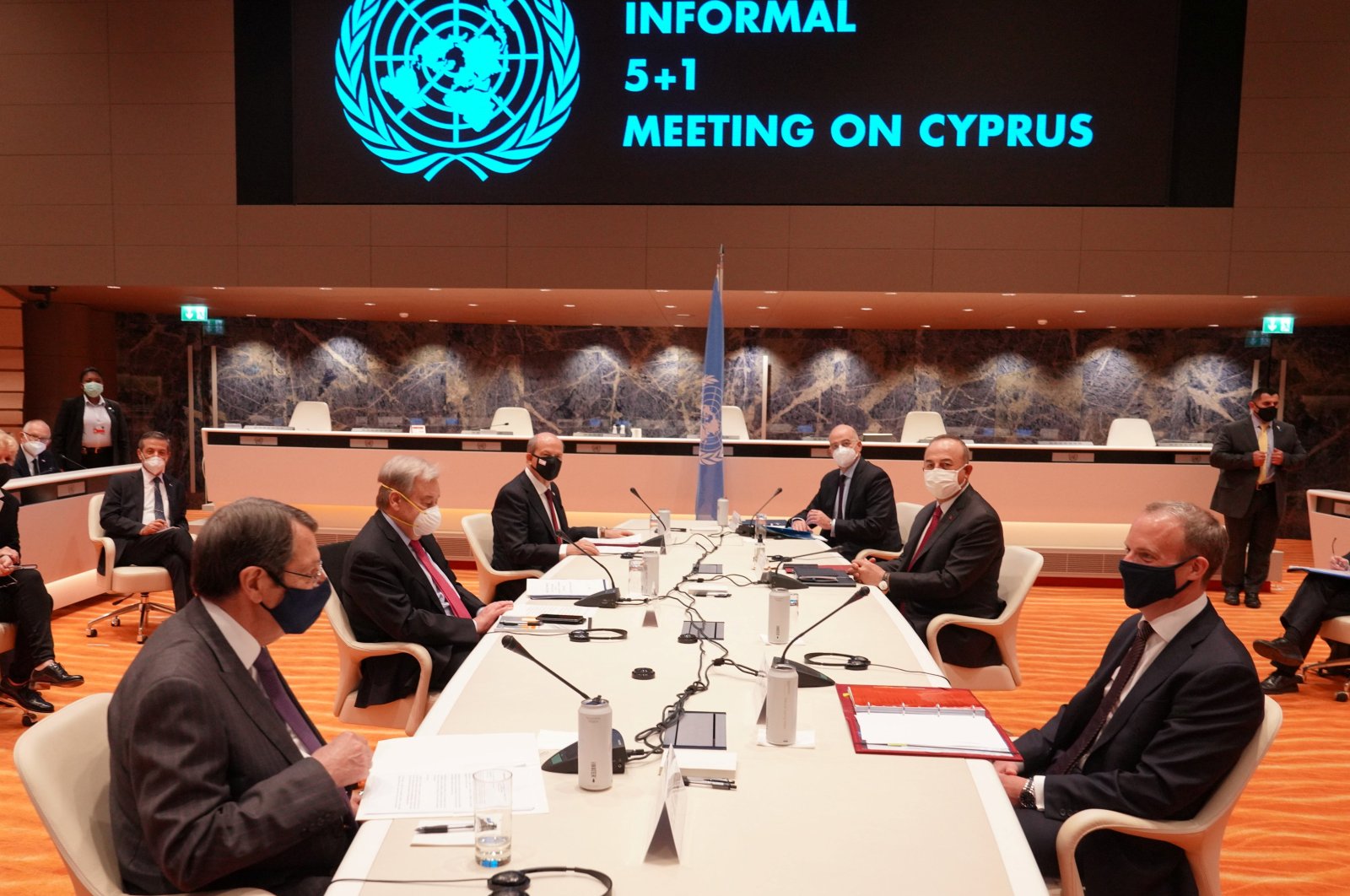 The Turkish Republic of Northern Cyprus (TRNC) is standing firm on the need for a two-state solution, President Ersin Tatar said on Wednesday, the second day of informal United Nations talks in Geneva on the island.

"We expressed our own views clearly. Of course, there is no change in our position and there won't be," Tatar told journalists in Geneva after his 40-minute presentation on the issue.

"We explained our position (on a two-state solution) in the given time frame in detail and with justification," he said about the 5+1 talks that include both the Turkish and Greek Cypriots, guarantor countries Turkey, Greece, and the U.K. plus the U.N.

"I said many things have changed, the context and conditions have changed," said Tatar, recounting the island's violent history in the 1960s, the 2004 Annan plan that resulted in the Greek Cypriot administration being admitted to the European Union after rejecting the U.N. plan and the failure of the Crans-Montana talks in 2017.

Tatar said he told of the "injustice inflicted on Turkish Cypriots by the U.N., the EU and the international community. When I checked the room, I saw that everyone knew how right we were. I think everyone knows that no results can come from this old understanding."

Dismissing Greek media reports claiming that U.N. Secretary-General Antonio Guterres reacted coolly to the need for a two-state solution, Tatar said: "They will say whatever they want. The secretary-general knew what we were going to say when he invited us."

The three-day meeting opened in Geneva on Tuesday with Guterres aiming to seek "common ground" to resume formal negotiations to find a lasting solution to the decades-old dispute.

Guterres also held separate meetings with the leaders of the Turkish Cypriots and Greek Cypriots. The talks are set to end Thursday.

Cyprus has been mired in a decades-long struggle between the Greek and Turkish Cypriots, despite a series of diplomatic efforts by the U.N. to achieve a comprehensive settlement.