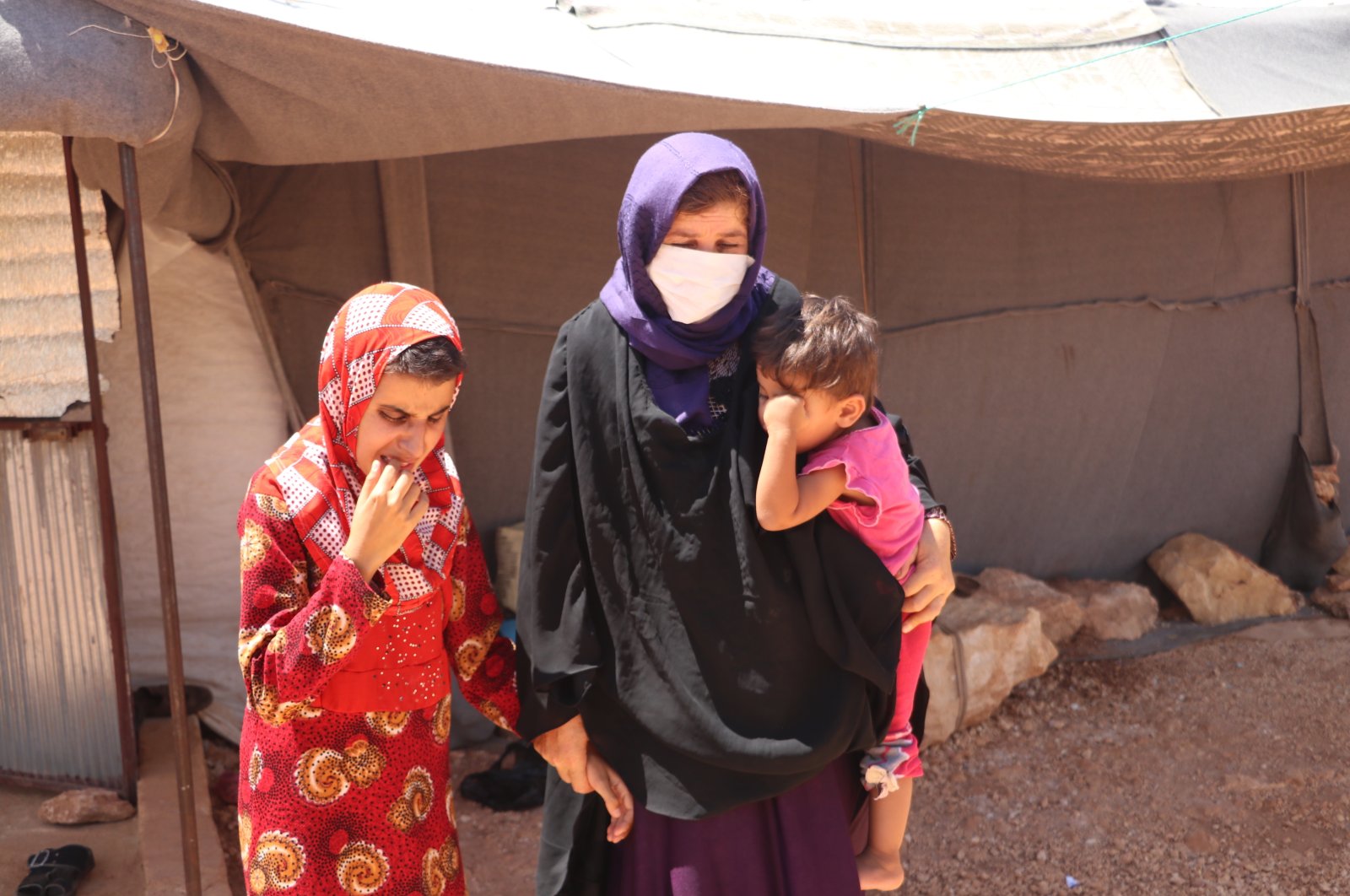 A Syrian family with five blind children that fled to northwestern Idlib province due to attacks by the Bashar Assad regime is seeking help from the international community.

The Musa family, which took refuge in camps near the Turkish border, has been struggling to survive as its five blind children are in need of immediate medical care.

The children's mother, Gulsum al-Musa, told Anadolu Agency (AA) on Monday that her children, blind from birth, need a medical procedure to restore their sight.

"My husband cannot find a job. We don't have money to even buy bread. When my husband leaves home to look for jobs, I struggle to take care of five blind children by myself," she said, calling on the international community to lend a helping hand.

The oldest child, 17-year-old Inad – who is a hafiz, meaning he has memorized the entire Quran – said his biggest wish is to be able to see his family.

"I don't want to hear the question of 'would you like to see?' all the time. It saddens me to hear that. I want to receive treatment as soon as possible and see my family," he said.

Memorizing the Quran through an MP3 player that his father gifted him, Inad said if he ever gains his sight, he would like to be literate and teach others how to read and write as well.

Fatma, 7, shares her brother's dreams and said she would like to gain her sight so that she can "see everyone."

Idlib is currently home to about 4 million civilians, including hundreds of thousands displaced in recent years by regime forces throughout war-torn Syria, with some using a recent cease-fire brokered by Turkey and Russia as an opportunity to return home.

Although Turkish officials and charities continue their efforts to provide humanitarian aid, there are still thousands more Syrians who need urgent assistance from the international community.