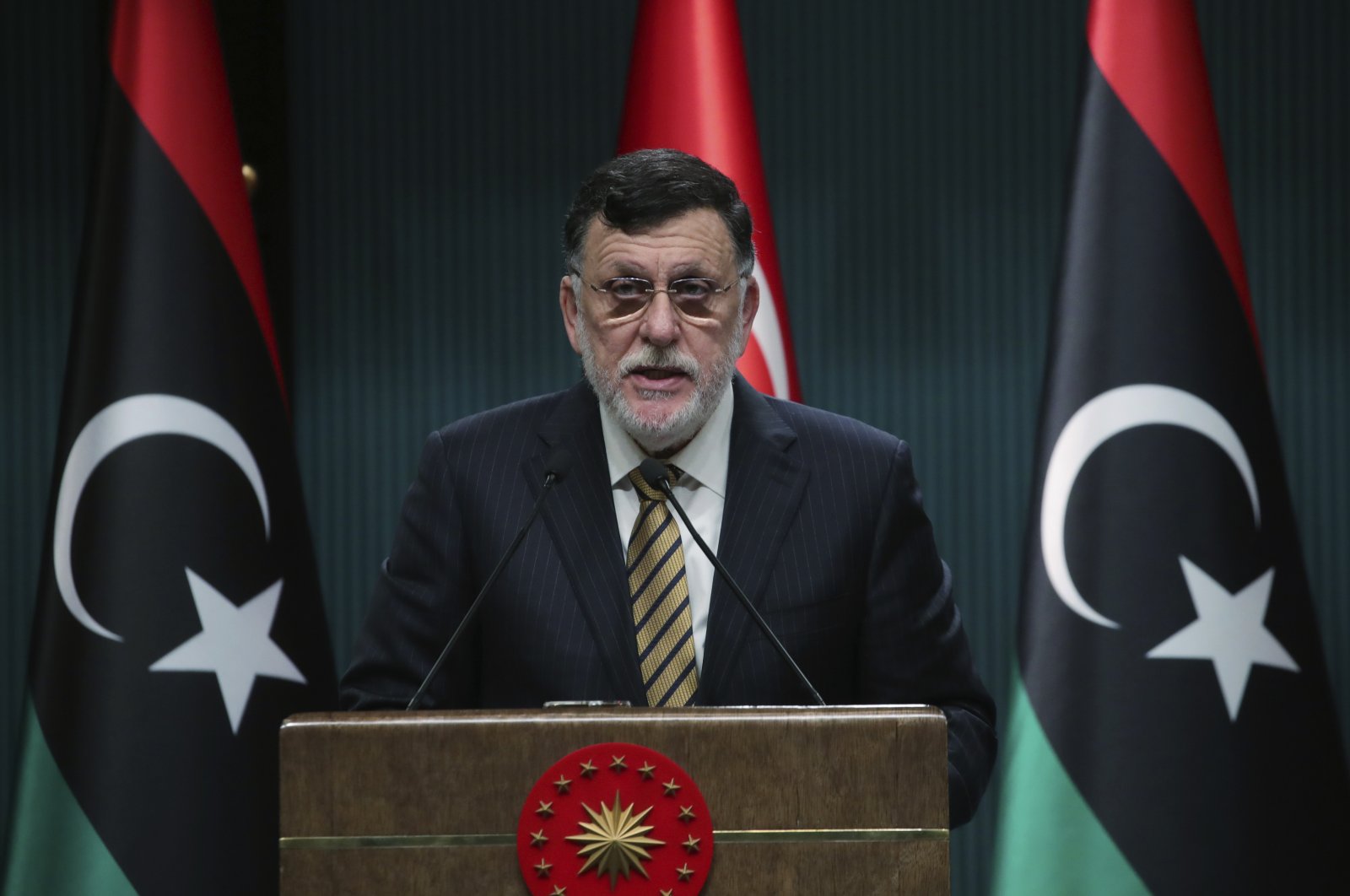 "The statements of the Egyptian President, which are harassing Libya's sovereignty and meddling in its internal affairs, and supporting putschists, militias and mercenaries in Libya, are unacceptable," the government's press office said in a statement.

"These are seen as hostile steps and a clear intervention to internal affairs, and a declaration of war," it added.

Egypt’s president Saturday warned that an attempt by Turkish-backed forces in Libya to attack the strategic city of Sirte would cross a “red line" and trigger a direct Egyptian military intervention into the conflict.

El-Sissi, in televised comments, said Egypt could intervene in neighboring Libya with the intention of protecting its western border with the oil-rich country.

El-Sissi warned that any attack on Sirte or the inland Jufra air base by forces loyal to the internally recognized government in Tripoli would amount to crossing a “red line.”

“Let’s stop at this (current) front line and start negotiations to reach a political solution to the Libyan crisis,” he said.

Mohammed Ammry Zayed, a member of the presidential council, an advisory body for the Government of National Accord (GNA), said Saturday evening that they reject el-Sissi’s comments as a “continuity of the war against Libya’s people.”

The European Union also expressed concern about the recent surge of declarations on Libya as they work against the deescalation of the conflict, the bloc's chief spokesperson for foreign policy said on Monday, commenting on the Egyptian president's threat of military intervention.

"The people of Libya... do not need more escalation, do not need more confrontation. In this light, the recent escalation of declarations, statements, and the interference by outside actors is a source for serious concern," EU spokesperson Peter Stano said.

He also reminded international actors involved in the conflict to "work on diffusing the tensions, not to raise them."

El-Sissi spoke while inspecting Egypt’s air force and commando units stationed in the Sidi Barrani air base in the country’s western region along the porous desert border with Libya.

He said Egypt is ready to provide arms and training for Libyan tribes to “defend their country.” He told tribal representatives attending his speech that if Egypt were to intervene, its forces would advance with tribal leaders at the vanguard.

Taking Sirte would open the gate for the Tripoli-allied militias to advance even farther eastward, to potentially seize control of vital oil installations, terminals and oil fields that tribes allied with putschist Gen. Khalifa Haftar shut down earlier this year, cutting off Libya’s major source of income.

Libya has been in turmoil since 2011 when a civil war toppled long-time dictator Moammar Gadhafi, who was later killed. The country has since split between the GNA in Tripoli and Haftar's forces in the east.

Haftar launched an offensive to try to take Tripoli in April last year. The chaos has steadily worsened as foreign backers have increasingly intervened, despite pledges to the contrary at a high-profile peace summit in Berlin earlier this year.

Haftar’s forces are backed by the United Arab Emirates, Egypt and Russia, while the GNA is supported by Turkey, Qatar and Italy.

GNA forces with Turkish support gained the upper hand in the war earlier this month after retaking the capital’s airport, all main entrance and exit points to the city and a string of key towns near Tripoli. Turkish air support in the form of armed aerial drones in particular proved vital to turning the tide.

The withdrawal of Haftar's fighters was painted by his commanders as a tactical measure to give a U.N.-backed peace process a chance.

But Turkish Foreign Minister Mevlüt Çavuşoğlu said Saturday that Haftar's forces have lost the chance to engage in a political solution to the conflict because Haftar ignored previous calls for a peaceful solution.

“On the contrary, he increased his aggression,” Çavuşoğlu said in a televised news conference.

“He’s losing, he’s doomed to lose," he added. “It’s impossible for him to win. He had an opportunity for a political process. He lost that as well.”