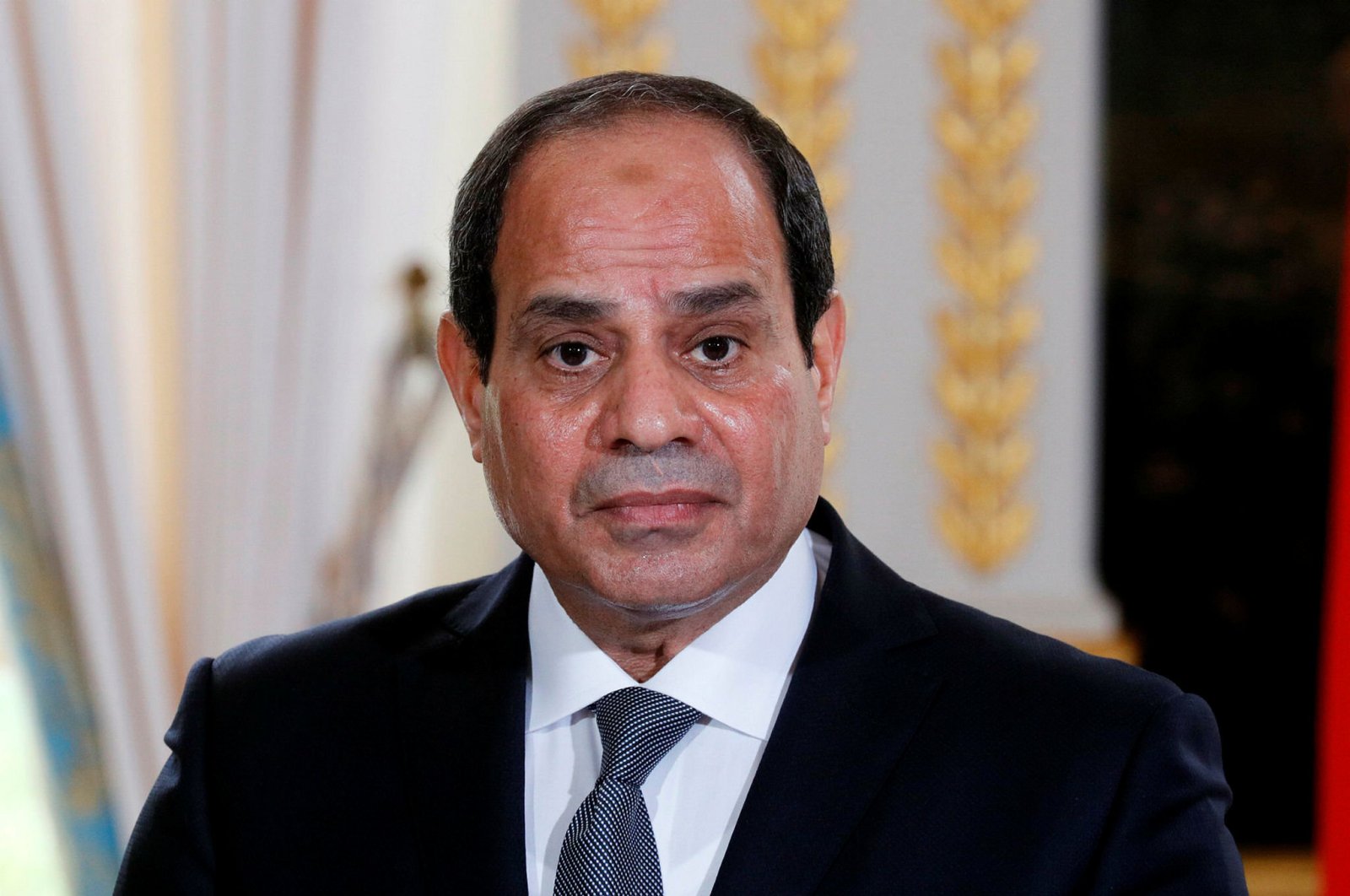 Egypt's President Abdel-Fattah el-Sissi claimed Thursday that Libyan tribes, whom he met earlier, authorized him to intervene in the war-torn country to "protect" its sovereignty.

According to a presidential statement, the tribesmen allied with Egypt allowed the country to take a stance against any moves to Egyptian and Libyan national security.

The meeting reflects the growing regional stakes in Libya, divided since 2014 between areas held by an internationally recognized government in Tripoli, backed by Turkey, and Haftar militia, backed by the United Arab Emirates (UAE), France, Russia and Egypt.

On Tuesday, Haftar called for Egypt to back his government to counter Turkish support for Libya's internationally recognized Government of National Accord (GNA) in Tripoli.

Turkey has helped the Tripoli administration, forcing Haftar's militia to abandon an offensive on Tripoli.

Libyan tribal leaders flew on Wednesday to Cairo from the eastern city of Benghazi, the main base of Haftar militia, for a meeting with el-Sissi.

On the flight, some tribesmen were chanting "Sissi" and "Haftar," a video posted online showed.

Eastern tribes and other factions allied with Haftar have also been involved in the closure of oil ports since January.

The Haftar militias claim that the tribes act on their own but analysts say their activity in Haftar-controlled territory is coordinated with its self-acclaimed army.

The key city of Sirte, which lies some 450 kilometers (280 miles) east of the capital, is under the control of Haftar's forces, who last year launched a recently aborted attempt to seize control of western Libya.

The GNA previously has vowed to take Sirte, as it is the last major settlement before the traditional boundary between western Libya and Haftar's stronghold in the east.

Earlier last month, Egypt called for a cease-fire in Libya as part of an initiative that also proposed an elected leadership council for the country.