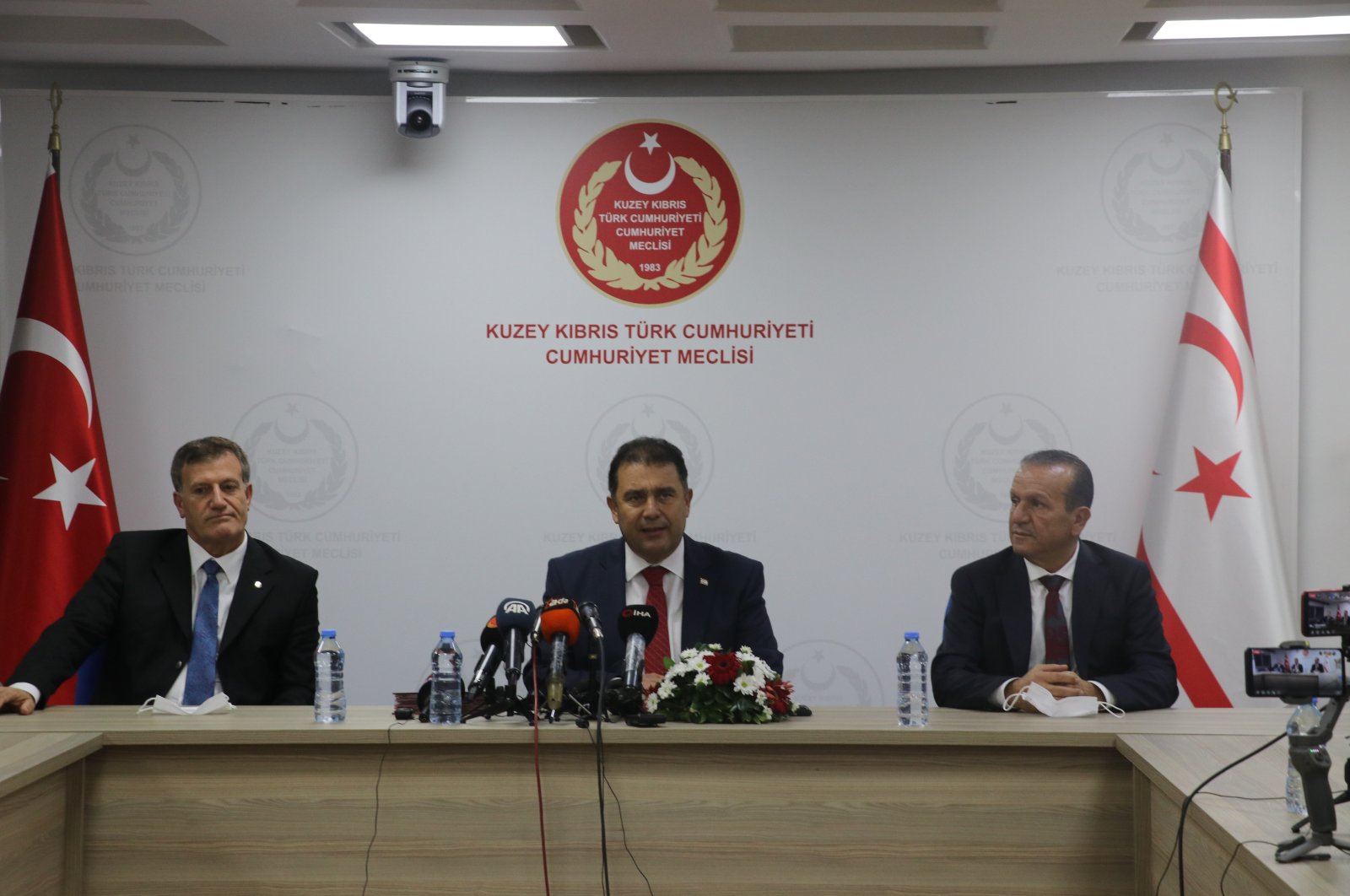 A new government was formed in the Turkish Republic of Northern Cyprus (TRNC) on Wednesday after three political parties signed a protocol Tuesday marking their agreement.

The protocol was signed by the National Unity Party (UBP), Democratic Party (DP) and Rebirth Party (YDP) at the TRNC's Assembly of the Republic by UBP Vice Chairperson Ersan Saner, DP Chairperson Fikri Ataoğlu and YDP Chairperson Erhan Arıklı in the presence of the representatives of all three parties.

Saner will head the new government, having formed it after an unsuccessful attempt last month, followed by another stillborn effort by Tufan Erhürman, leader of the Republican Turkish Party (CTP).

A fragile 4-party coalition formed by Erhürman in the aftermath of 2018 parliamentary elections had collapsed in May 2019, whereas the succeeding government of UBP's Ersin Tatar collapsed shortly before the Oct. 2020 presidential elections, in which Tatar, who ran as the UBP candidate and was the former prime minister, became president.

Saner said in a statement that they reached an agreement with the DP and YDP after he was assigned by Tatar on Monday to form the government.

"Although our country is in very good condition compared to other countries in terms of the COVID-19 pandemic, it is a fact that we have financial problems. It is also a reality that there is a governmental vacuum," Saner said. "Our only aim here is to serve the public of the TRNC in the best way."

"We have always said that we were ready to shoulder responsibility," said Ataoğlu, while noting the importance of contributions by other parties.

"We call on the opposition to save the country from the current bottleneck through cooperation by reaching a mutual understanding and ensuring a national consensus at the assembly," said Arıklı.

The new Cabinet list is expected to be presented to the president soon.

The UBP currently holds 20 seats in parliament, while the CTP has 12, the People's Party (HP) six, the DP three, the Communal Democracy Party (TDP) three and the YDP two. Three seats are held by independents after they recently resigned from the HP.