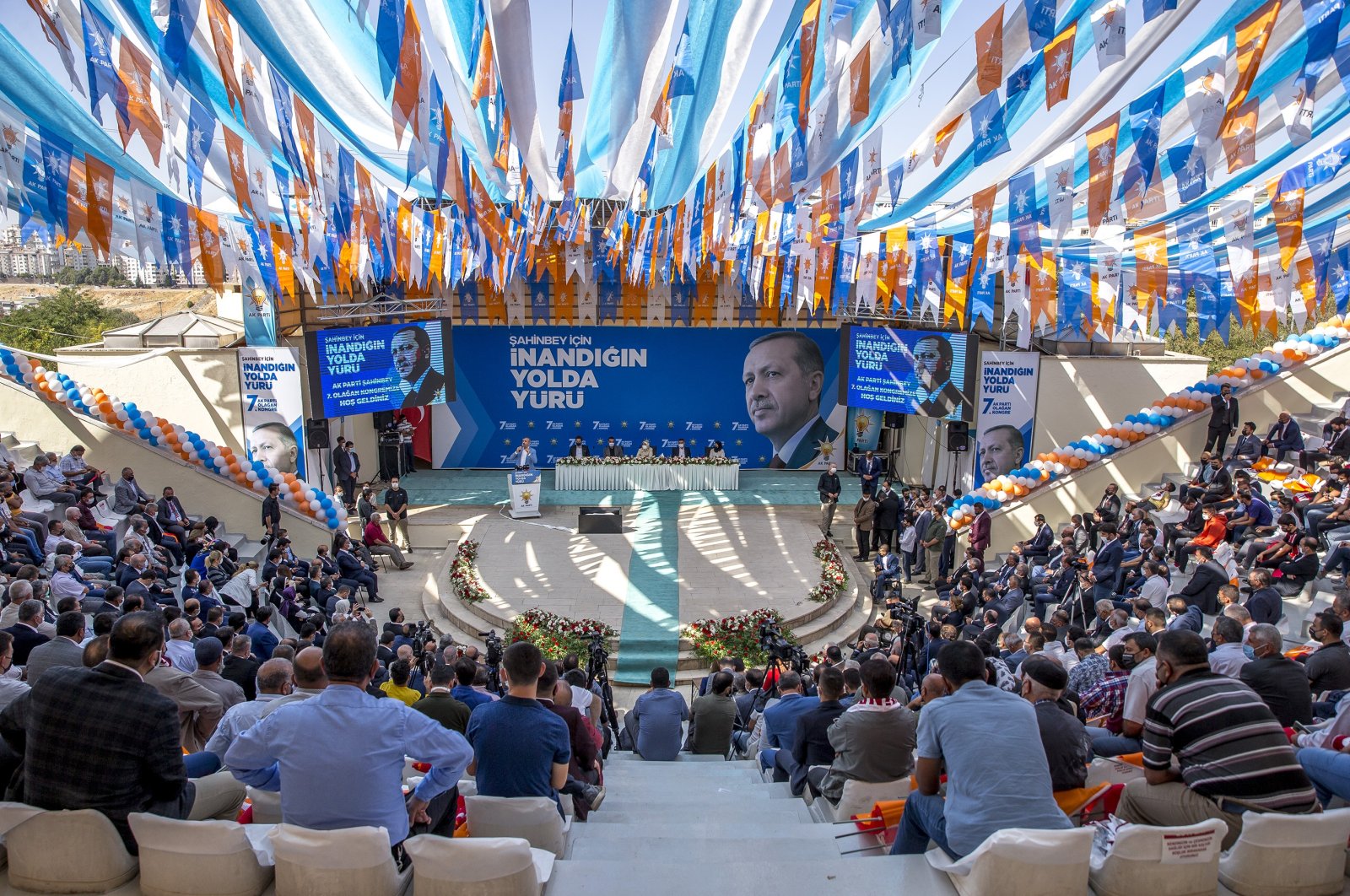 Turkey’s ruling AK Party is aiming to have a million new members each year, as it prepares to celebrate 18 years in power

The ruling Justice and Development Party (AK Party) currently has over 10.5 million members. But its targets loom even larger.

The AK Party’s deputy chairman responsible for party organizations Erkan Kandemir said Sunday that they were aiming to get a million new members each year amid plans for a celebration on Nov. 3 to mark 18 years in power.

Although the ongoing coronavirus pandemic continues at full pace, it is expected that a million new members will have joined this year, by Nov. 3, with party officials keen on continuing the trend in upcoming years.

According to a report on party membership by the Supreme Court of Appeals Prosecutor’s Office, the AK Party leads with 10,592,000 members compared with the main opposition Republican People’s Party, with close to 1.6 million members and the Nationalist Movement Party (MHP), with close to half a million members.

Kandemir said that the AK Party has invited one person from every corner of Turkey in a symbolic move.

“We have invited a person from each corner of Turkey on Nov. 3, as representatives of our members, to our headquarters in Ankara to celebrate the 18th anniversary of our fight against tutelage,” he said.

Kandemir also added that the recent discovery of natural gas in the Black Sea and developments in the Eastern Mediterranean have also increased the interest in the AK Party.

He stated that the party wants to compete in 2023 elections with a strong lineup.

Transforming Turkish politics for the last 18 years, the AK Party has been preparing to lead new reforms that will enable Turkey to reach its 2023 targets. Only one year after its foundation, the AK Party brought an enormous achievement in the first general elections, garnering 34.3% of the vote in the Nov. 3, 2002 elections and earning 363 seats in Parliament.

The official added that the congress process of the party is continuing without a problem, and they have not encountered an issue with regard to any possible infections.

Kandemir said that the party has prepared a booklet including the precautions against the spread of the coronavirus and that the party members strictly adhere to the rules.

The official also said that despite the pandemic, the AK Party had continued to draw attention from the public, especially among the youth, underlining that half of the group's new members were recorded as coming from younger age groups, furthering the dynamism of the party.

The AK Party also maintains its aim to increase women’s participation in politics while already boasting the highest number of women members among Turkish political parties.