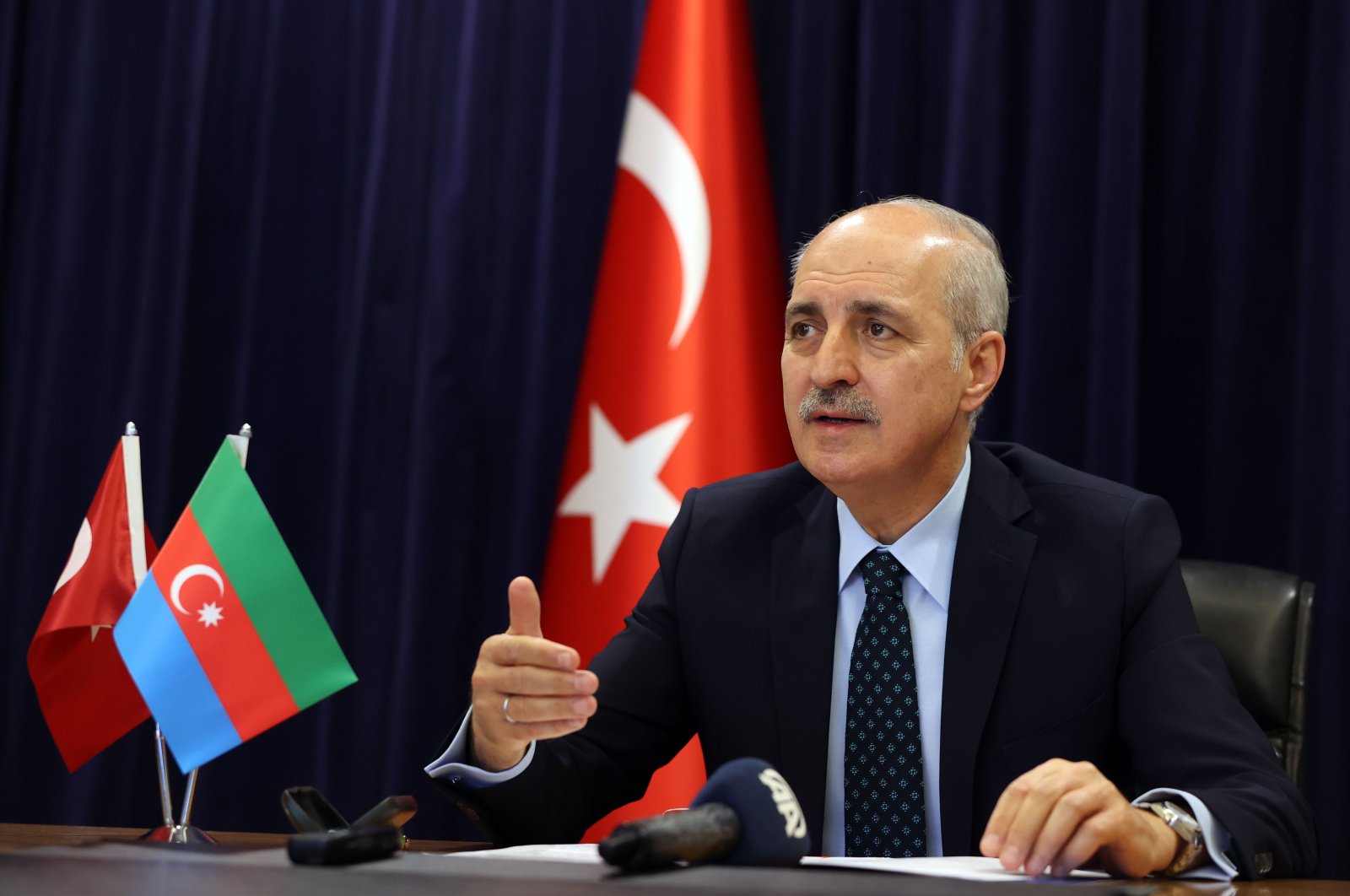 Ruling Justice and Development Party's (AK Party) Deputy Chair Numan Kurtulmuş late Sunday ruled out speculations about an early election and said that the polls will be held as planned in June 2023.

In a recent statement, President Recep Tayyip Erdoğan asked for the blessings of the Turkish people, and the opposition took it as a sign of early polls.

"Bringing early elections to the agenda right after this event (Erdoğan's statement) is not an indicator of goodwill," he said and added that ballot boxes are for "results, not blessings."

"It is not understandable to create politics on this despite the humanitarian promise of our President Erdoğan," Kurtulmuş said, adding that they will continue on their path by maintaining a balance.

Pointing out that there should be two conditions for early elections, Kurtulmuş said: "There is no deadlock of politics. Early elections cannot be held in a period when political conditions are not ripe. The opposition creates a perception. It is as if their vote has increased too much, and Erdoğan's votes have dropped."

The AK Party is now by far the leading party according to surveys, he said.

Earlier this year, Erdoğan and AK Party officials dismissed the possibility of holding early elections, reiterating once again that such claims are nothing but speculation.