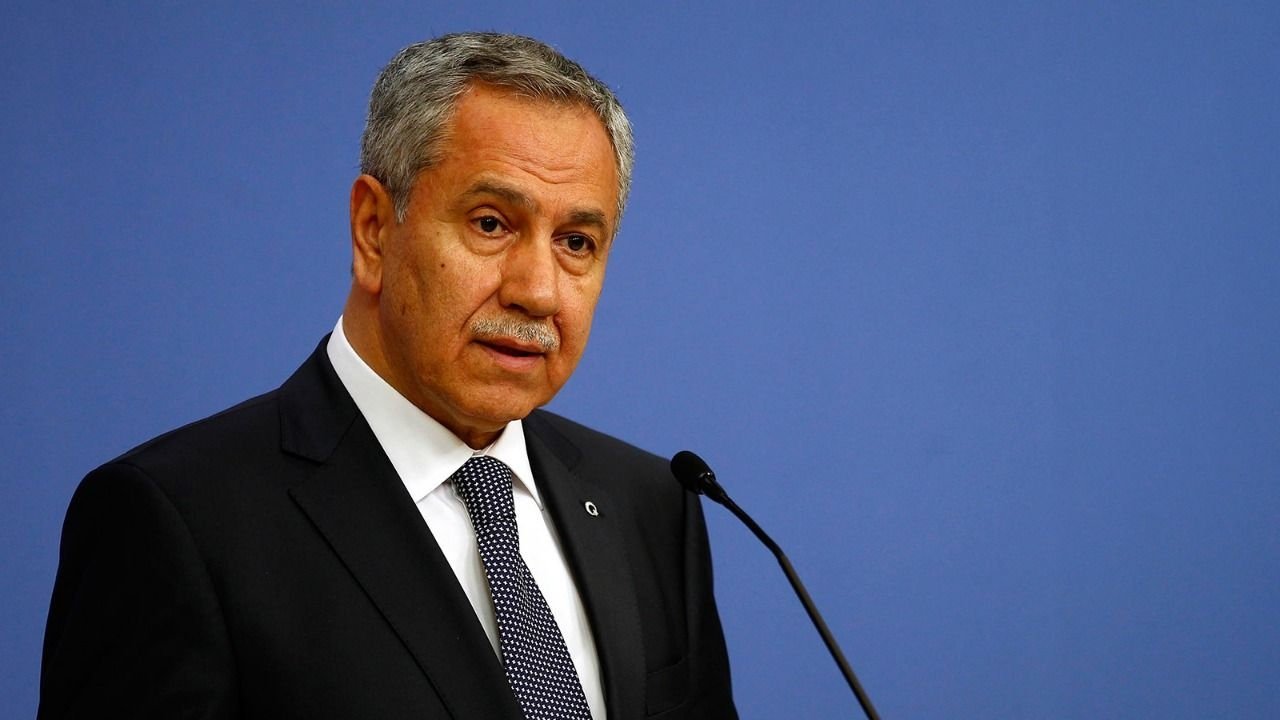 A file photo of Bülent Arınç, a former parliamentary speaker and member of the High Advisory Board (YIK).
by DAILY SABAH Nov 24, 2020 4:51 pm
RECOMMENDED

Former parliamentary speaker and member of the ruling Justice and Development Party (AK Party) Bülent Arınç resigned from his position on the High Advisory Board (YIK) on Tuesday amid controversy over Turkey's upcoming legal reforms.

Releasing a statement from his Twitter account, Arınç announced his resignation, saying he felt the need to explain his remarks on legal reforms made on a TV broadcast that caused major controversy.

Arınç said he commented on the legal reforms as a lawyer himself, adding that he was "sorry" to see his opinions on universal law, justice and jurisdiction overshadowed by the mentioning of certain names. He was referring to Osman Kavala, a prominent Turkish tycoon, and Selahattin Demirtaş, former head of the pro-PKK Peoples' Democracy Party (HDP), both of whom are in prison on terrorism charges.

Arınç said that he was misunderstood and rejects that he compared himself to the terrorists.

"The arguments have reached a point of painting me side by side with the murderers of Yasin Börü and July 15 martyrs, FETÖ (Gülenist Terror Group). I completely reject these accusations," he said.

Sixteen-year-old Yasin Börü and his three friends, who were distributing sacrificial meat to people in need on Qurban Bayram, or Eid al-Adha, were lynched by supporters of the PKK terrorist organization back in 2014.

Arınç also pointed out that during the broadcast, he had underlined that he was speaking as a former parliamentary speaker, not a YIK member.

He continued by expressing that it is "clear" that Turkey's judicial system and economy need reform, and he supported President Recep Tayyip Erdoğan's vision for the future and the intended steps to get there.

"However, since I am worried that my speech was misinterpreted by some and this might negatively impact the ongoing reform work, I decided that it would be more proper for me to resign from my position as a YIK member," Arınç emphasized.

Arınç's remarks in support of the release of Demirtaş and Kavala stirred controversy over the past couple of days in Turkish politics.

On Sunday, Erdoğan, without mentioning Arınç's name, expressed that personal statements cannot be seen as equal to the party's stance, and added that he cannot accept the favoring of terrorists under any circumstances.

Kavala was first arrested on criminal charges related to the 2013 Gezi Park riots which evolved from a minor protest against the redevelopment of the eponymous park in Istanbul. He was acquitted in a February hearing but arrested again upon the request of the prosecutor’s office for his alleged role in the 2016 coup attempt.

Demirtaş, on the other hand, has been in jail since 2016 on terrorism-related charges. He faces a sentence of up to 142 years in jail if found guilty in the main case against him.