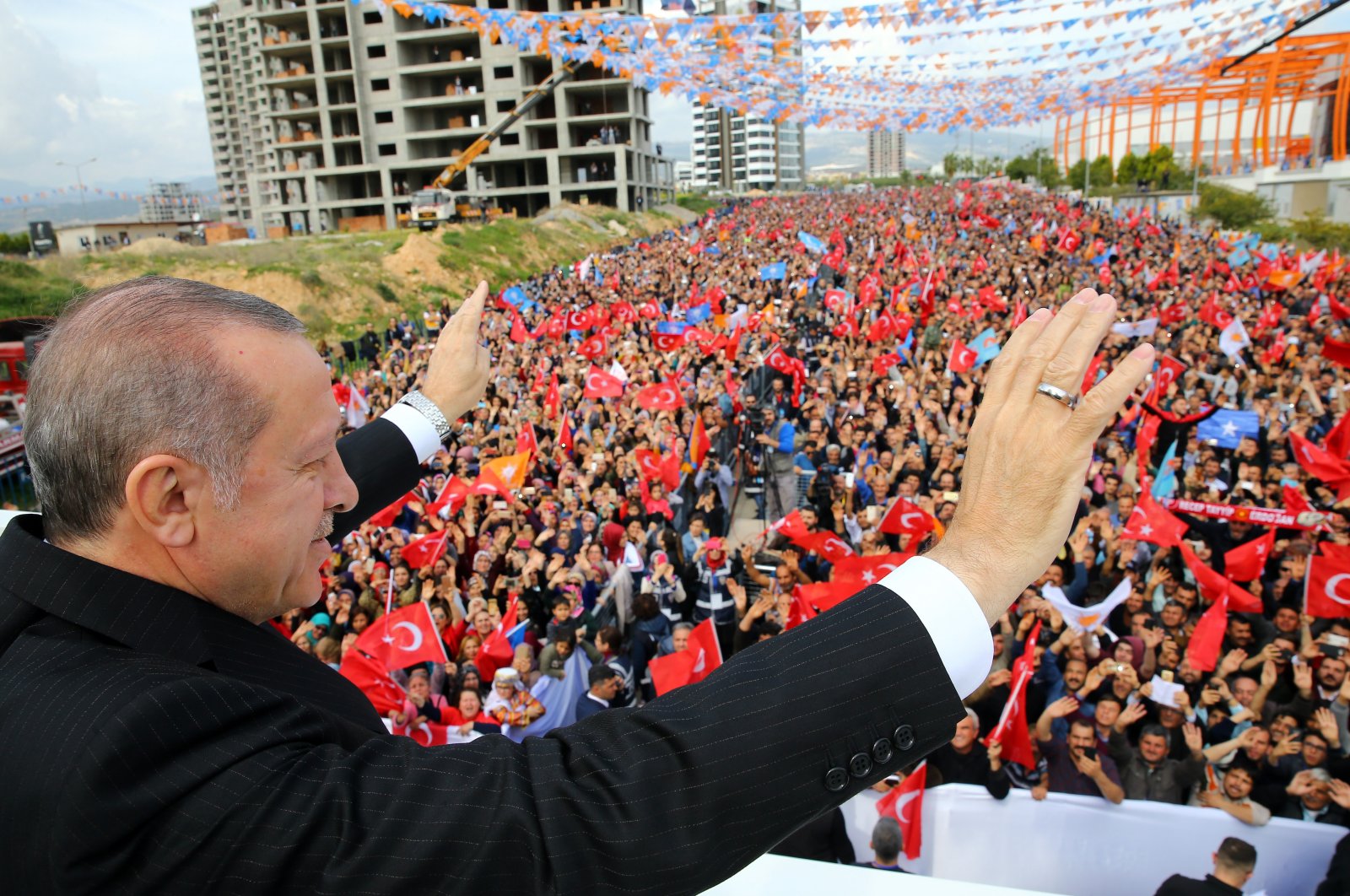 President Recep Tayyip Erdoğan waves to the crowd during the sixth ordinary congress of the AK Party in Mersin, Turkey, March 10, 2018. (Courtesy of the Turkish Presidency)
by Eda Işık Oct 16, 2020 2:35 pm
RECOMMENDED

The ruling Justice and Development Party (AK Party) kicks off its provincial congresses Saturday from the southeastern province of Şırnak within the scope of the party's seventh ordinary congress process.

The congresses, which were launched in December but were interrupted in March due to the coronavirus pandemic, continued in the month of August with the district congresses.

Having completed the district congresses of 50 provinces, the party is now getting ready to start its provincial congresses.

Expected to attend the provincial congresses of 30 metropoles, the Turkish president and head of the AK Party, Recep Tayyip Erdoğan, will attend the congress in Şırnak as well, although it is not a metropole.

Erdoğan's decision to participate in Şırnak's congress is a gesture of gratitude to the province, which voted strongly for the AK Party in the last local elections, instead of the pro-PKK People's Democratic Party (HDP) that ruled the province during the previous term.

During the HDP era, the majority of the province's revenues were revealed to have been delivered to the PKK terrorists, causing Şırnak to suffer from a lack of services.

Highly valuing Şırnak's decision to elect the AK Party's candidate as its mayor in the local polls, Erdoğan is expected to address the people of Şırnak, heralding some new projects for the province.

Within the month of October, two other provincial congresses of AK Party are expected to take place in Kayseri and Malatya, both of which will also be attended by Erdoğan.

The party puts special attention on the coronavirus measures during the congresses, handing out booklets to members to inform them of the issue while designing the sitting area in accordance with social distancing principles. Only party delegates will be allowed into the congress room in order to avoid overcrowding.