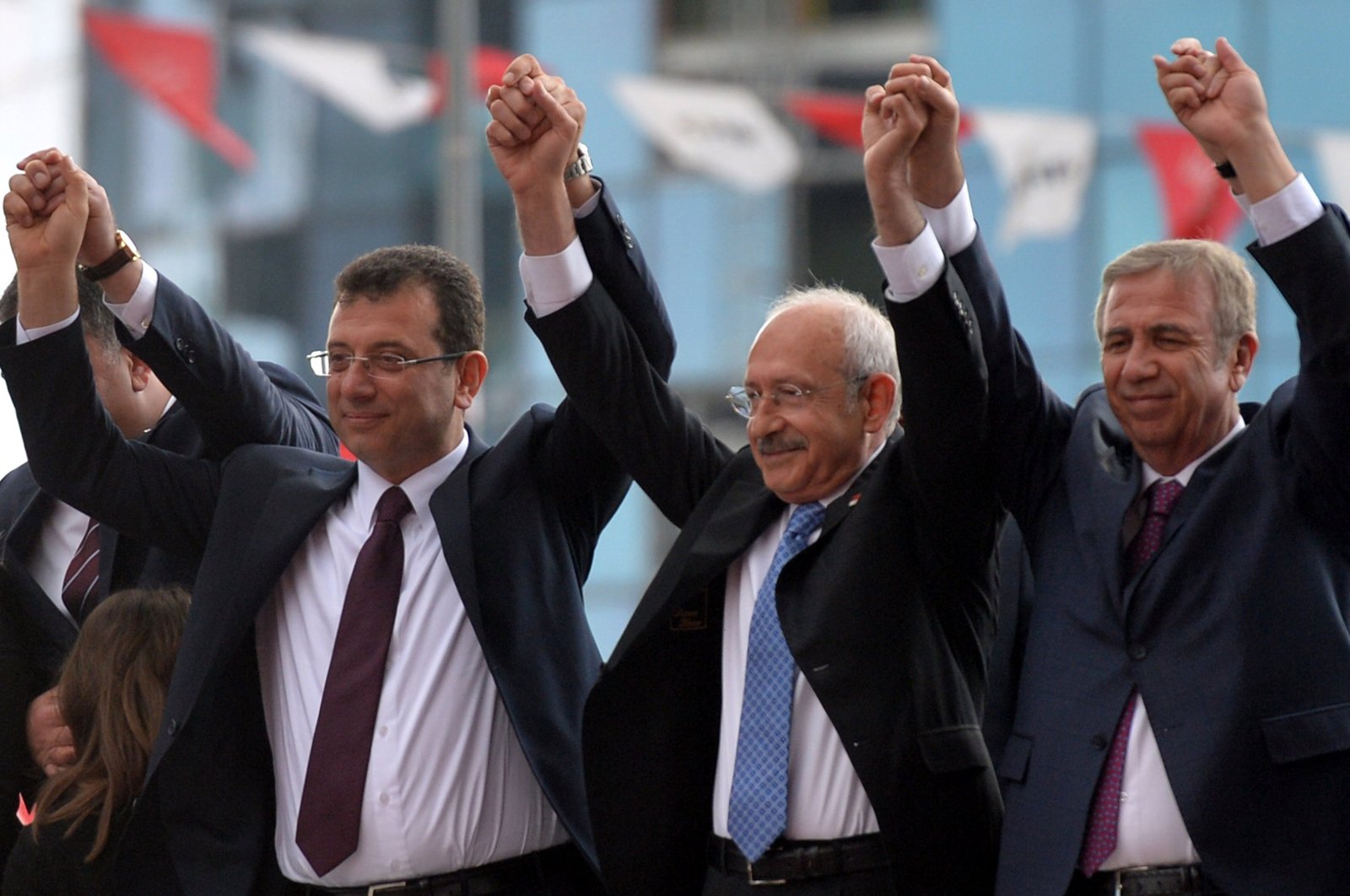 “Our mayors will continue to execute their duties as mayors and restore trust, become successful and try to avoid direct involvement in politics as much as possible and channel all of their efforts to the cities they govern,” Kılıçdaroğlu said in response to allegations about nominating Ankara Mayor Mansur Yavaş and Istanbul Mayor Ekrem Imamoğlu for the presidency.

Kılıçdaroğlu continued by saying that it is not reasonable to talk about presidential candidates now and that economy needs to be discussed instead.

In response to a question about Imamoğlu and Yavaş being more popular than himself, Kılıdaroğlu said he was one of the people who encouraged their nominations during the municipal elections so he is proud that they have been successful.

In the previous presidential elections, the CHP nominated now-dissident figure, Muharrem Ince, after plans for a joint candidate with the Felicity Party (SP) and the Good Party (IP) failed to produce results.

A candidate needs to obtain at least 50% of the votes to be elected in the first round of presidential elections. Initially, the CHP considered former President Abdullah Gül as an option, but with Gül deciding not to run for the office and amid increased criticism from members, CHP turned to intraparty figures for possible options.