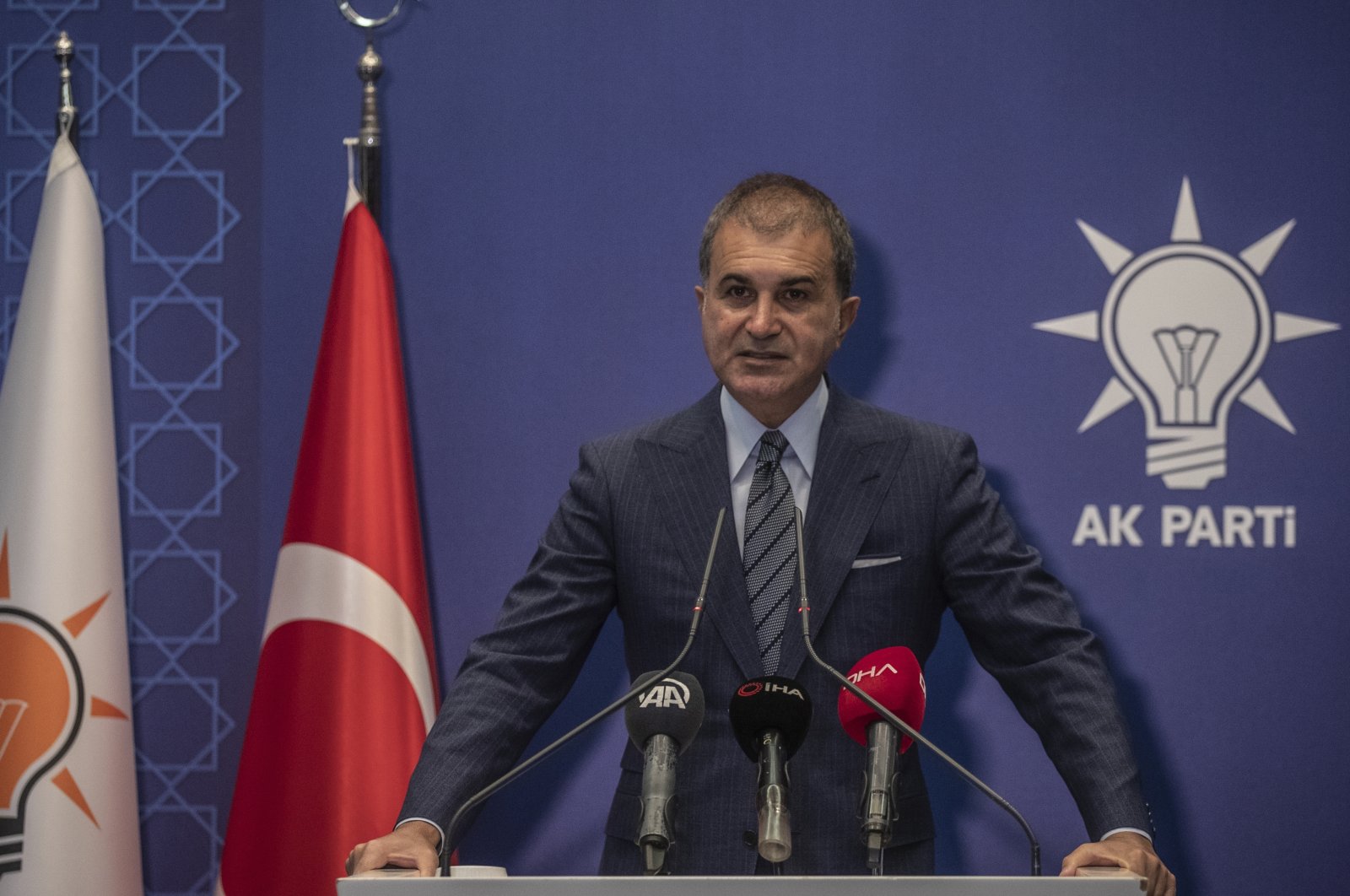 The ruling party spokesperson ruled out holding snap elections in Turkey, saying that they are not on the government’s agenda.

“Early elections are out of the question for the People’s Alliance. Mr. Bahçeli has expressed that the People’s Alliance’s candidate is Mr. President. The party chairman who was not even aware of the opening of Varosha (Maraş) calls for snap polls. What will snap polls do?” Ömer Çelik said Tuesday after a party meeting in the capital Ankara. He was responding to the main opposition Republican People’s Party (CHP) Chairperson Kemal Kılıçdaroğlu’s call to the Nationalist Movement Party (MHP) Chairperson Devlet Bahçeli to urge snap elections.

Çelik said that the elections will take place in their scheduled time in 2023.

Noting that eliminating the possibility of snap polls was one of the aims of the presidential system, Çelik said the system aimed to make sure that the government and municipalities specialized in their jobs under the scope of the authorities given to them by the people. This was done with the goal to rid the state of a series of burdens that set it back.

“The elections will be held on time,” Çelik concluded.

Çelik also called on countries to avoid double standards in favor of Armenia regarding its recent clashes with Azerbaijan and a cease-fire agreement.

"The cease-fire calls of those who do not raise their voices against Armenia, which is a rogue state, is to put the cruel and the suffering in the same equation, to view the occupying and the occupied (state) equally," Çelik said.

"This is also a clear violation of the law," he added, underlining that this attitude shows a double standard.

He stressed that the Minsk Group, which was set up in 1992 by the Organization for Security and Co-operation in Europe (OSCE), tries to manage the process by considering Armenia and Azerbaijan on equal levels, but the two countries are not equal as Armenia is occupying Azerbaijani territory.

"The party that clearly violates international law, including the 1949 Geneva Convention, is the Armenian side," he said.

"Armenia attacked the Azerbaijani army and civilians like a rogue state," he said, reiterating that Turkey stands with Azerbaijan and the Azerbaijani people in every step they take to defend their territories against Armenia's aggression.

Reminding that Azerbaijan wants Turkey to be at the negotiation table, he said those who really want the conflict to be resolved must also want Turkey to be involved in talks to find a solution and Turkey is ready for this.

Following meetings in Moscow on Oct. 10, Azerbaijan and Armenia agreed on a humanitarian cease-fire so that the conflicting sides could retrieve bodies left on the battlefield in occupied Nagorno-Karabakh and conduct a prisoner exchange.

Clashes broke out on Sept. 27 when Armenian forces targeted civilian Azerbaijani settlements and military positions in the region, leading to casualties.

Some 20% of Azerbaijan's territory has remained under illegal Armenian occupation for around three decades.

The OSCE Minsk Group – co-chaired by France, Russia and the U.S. – was formed to find a peaceful solution to the conflict but to no avail. A cease-fire, however, was agreed to in 1994.

Many world powers have called for a new cease-fire. Turkey, meanwhile, has supported Baku's right to self-defense and demanded the withdrawal of Armenia's occupying forces.

Touching on recent developments in the Eastern Mediterranean, Çelik said Turkey always views the negotiation table as the best option but will fight uncompromisingly in the field against those who do not want negotiations.

"There is nothing to achieve here through bullying and imposition. Greece needs to understand this," he added.

He reiterated that Turkey wants to resolve all issues in the Aegean and Eastern Mediterranean through diplomacy but always has an answer for those who want to use diplomacy for breathing room and to exploit it to create an organization there against Turkey.

Renewed efforts of the Oruç Reis seismic research vessel in the Eastern Mediterranean will be within the Turkish continental shelf hundreds of kilometers away from the Greek mainland, Turkey's Foreign Ministry said Monday.

It urged Greece to withdraw its maximalist demands, end military drills that escalate regional tensions and establish a sincere dialogue through exploratory talks.

Declaring the Greek-Egyptian deal "null and void," Turkey authorized the Oruç Reis to continue activities in an area within Turkey's continental shelf.

Turkey has consistently opposed Greece's efforts to declare an exclusive economic zone based on small islands near Turkish shores, violating the interests of Turkey, the country with the longest coastline in the Eastern Mediterranean.

Ankara has also said that energy resources near the island of Cyprus must be shared fairly between the Turkish Republic of Northern Cyprus (TRNC) and the Greek Cypriot administration of southern Cyprus.

Çelik also touched on Turkey's anti-terror Claw operations and said those who carried out terrorist attacks against Turkey's security forces and citizens are infiltrating the country from the lands of neighboring states.

The center of gravity of these operations is the Sinat-Haftanin, Avasin-Basyan and Hakurk regions in Iraq he said, adding "We are fighting strongly to eliminate the threats of those positioned here against our country and our security forces."

In its more than 30-year terror campaign against Turkey, the PKK – listed as a terrorist organization by Turkey, the U.S. and the EU –has been responsible for the deaths of 40,000 people, including women, children and infants. The YPG/PYD is the PKK's Syrian offshoot.