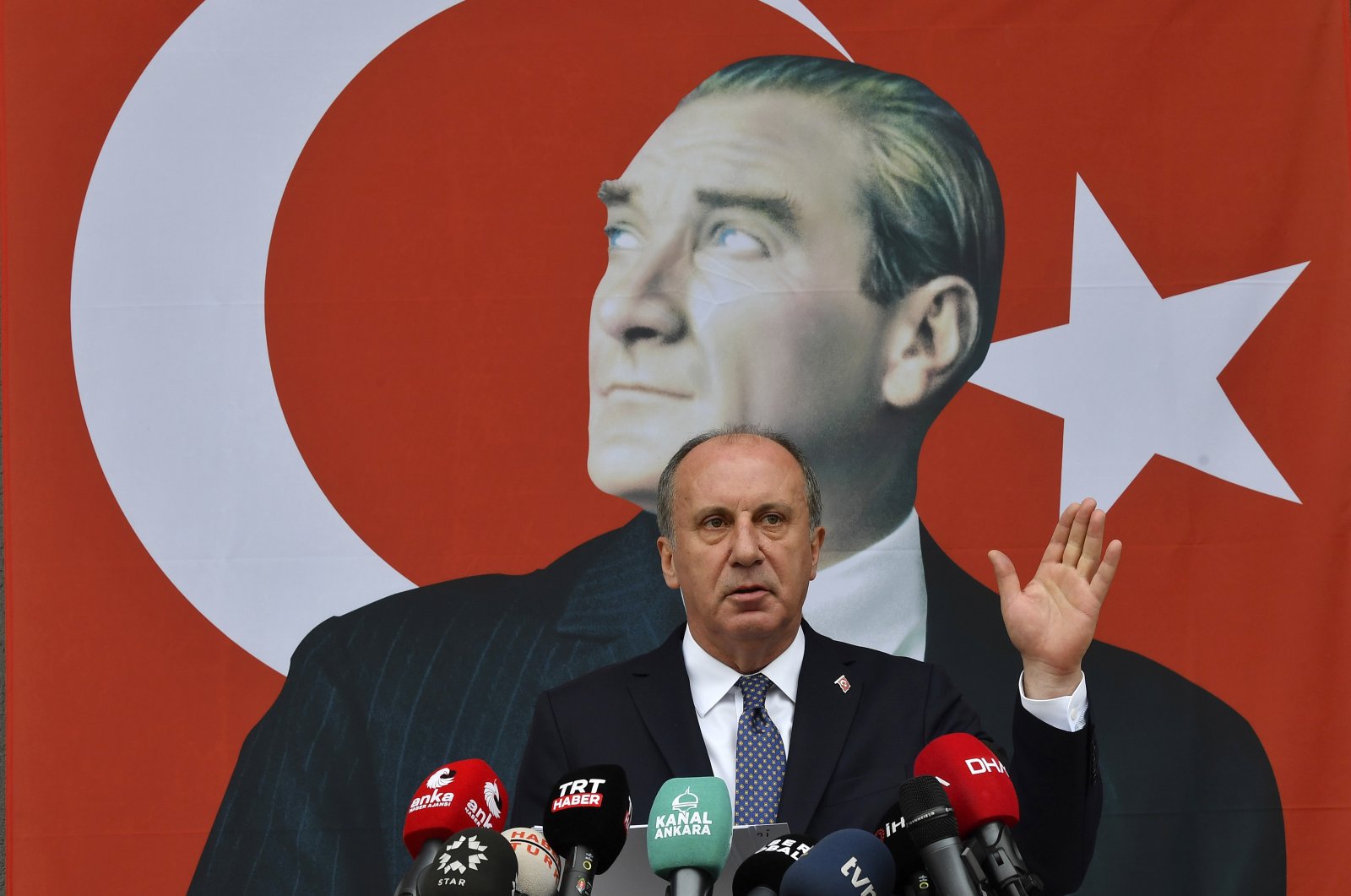 Muharrem Ince, a politician who once ran as a presidential challenger to Turkish President Recep Tayyip Erdoğan, speaks in front of a poster of modern Turkey's founder, Mustafa Kemal Atatürk, during a news conference in Ankara, Turkey, Monday, Feb. 8, 2021. (AP File Photo)
by DAILY SABAH May 16, 2021 7:44 pm

The former presidential candidate of the main opposition Republican People’s Party (CHP) and dissident Muharrem Ince is expected to submit the application for the establishment of his new party Monday, a report said.

Ince, who leads the Homeland in a Thousand Days Movement, is expected to formally establish his “Homeland Party” after submitting a petition to the Interior Ministry, TRT Haber reported.

He is then expected to make an official announcement at the party headquarters on May 18.

Some 85 founding members will sign the petition to establish the party and will decide on the executives on Tuesday.

Ince was elected four consecutive times, in 2002, 2007, 2011 and 2015, as a CHP deputy for his hometown Yalova. He also served as the CHP's parliamentary group deputy chairperson for two terms.