Ince calls for diversity in candidates for Turkey's 2023 elections 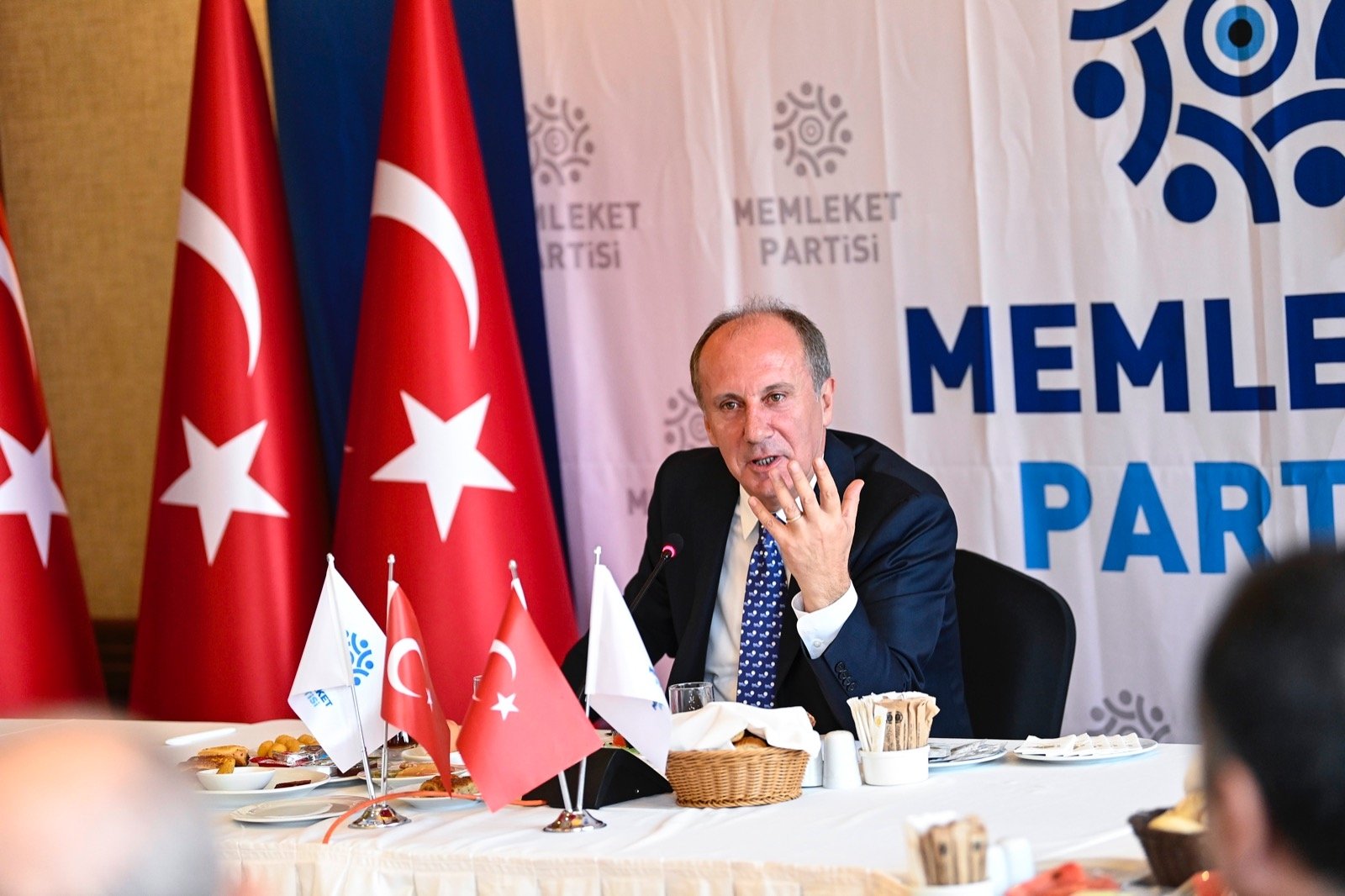 The chairperson of the Homeland Party (MP), Muharrem Ince, said he is against a joint candidate for the upcoming presidential elections and that opposition chairs should run separately, while an opposition leader said she believes a single candidate would be more suitable.

He continued by saying that he will also run as a candidate and added that the pro-PKK Peoples’ Democratic Party (HDP) should also nominate a candidate, as more candidates will provide higher chances of participation.

“However, these candidates need to promise that whoever comes second would run if a runoff is held,” he said.

The former CHP lawmaker claimed that only those "who do not know their maths" suggest a joint candidate.

He noted that the participation rate in the 2014 elections when the opposition parties nominated Ekmeleddin Ihsanoğlu as their joint candidate was 74%, but this figure surged to 84% in the 2018 elections when Ince, Akşener, HDP co-chairperson Selahattin Demirtaş and others all ran.

He continued by saying that a joint candidate in all probability won't be liked by some segments, who will refuse to go to the ballot boxes, but that is not the case when the electorate has more options.

“If they want victory, then there should be more candidates,” he added.

Ince noted that he had started work for the upcoming elections in order to be prepared for snap polls.

“We want to participate in the elections. We’ve completed our preparations and will hold our grand convention on Saturday,” Ince said.

He explained that the party will decide on major policies following Saturday’s meeting and that he would ask members their opinions on critical issues, like the possibility of joining an alliance.

Meanwhile, IP Chairperson Akşener said she believes a joint candidate should be chosen for the 2023 presidential elections.

“I believe that a single candidate will be more appropriate, and I have promised that I will not block out the process leading to choosing that candidate,” she told Sözcü daily.

On Monday, the party’s deputy chairperson, Bahadır Erdem, said they want to see Akşener as the party’s candidate.

While the opposition has been calling for snap polls to elect a new president, the People’s Alliance has opposed it, saying that the elections will be held on the designated date in 2023.

The People's Alliance has announced its candidate for the upcoming polls as President Recep Tayyip Erdoğan.