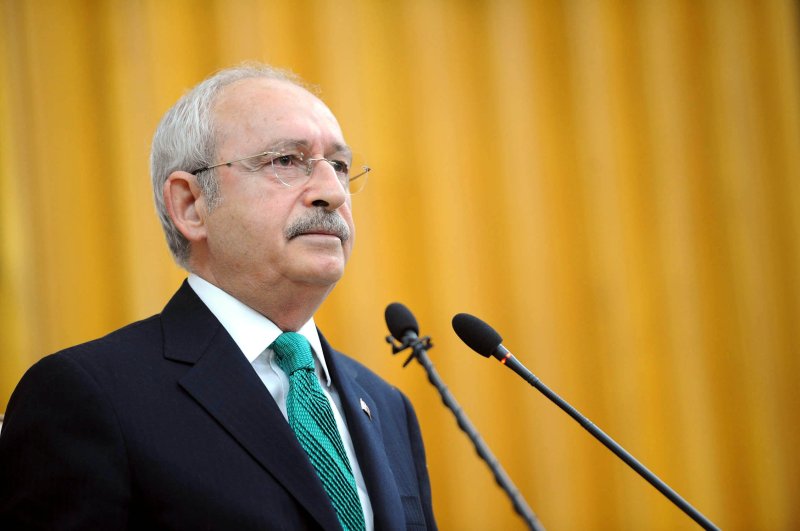 The main opposition Republican People’s Party (CHP) continues to struggle with intraparty conflicts as the opponents of the current administration call for democratic reforms ahead of the party congress that will be held in March.

“Inner-party democracy must be ensured within the party's bylaw,” said Gaye Usluer, a congress member of the party, during the Eskişehir provincial congress on Sunday.

Pointing at the incumbent CHP leader Kemal Kılıçdaroğlu’s democracy promises in the election campaigns, Usluer stated, “If we would not have an inner-party democracy, they would not believe our promise of establishing democracy within the country.”

Usluer was in Eskişehir to collect signatures for the upcoming extraordinary congress, which will be held on March 28-29.

According to Usluer, a key step in achieving inner-party democracy is to have primary elections, which were removed by Kılıçdaroğlu during the latest elections.

Usluer is known for her support of Muharrem İnce, the biggest opponent of Kılıçdaroğlu within the party and former presidential candidate of the CHP back in 2018.

As the party’s presidential candidate in the 2018 elections, İnce received 30% of the votes, the highest percentage the party received in years. He also voiced his aspirations for the party chairmanship. He also sparked an internal debate by calling for an extraordinary convention in 2019, but the CHP’s then-spokesperson, Bülent Tezcan, dismissed his request at that time, saying that the CHP's Central Execution Board (MYK) was in full support of its current chairman, Kılıçdaroğlu, and dismissed any calls for an extraordinary convention.

This was not the first time the CHP has experienced internal conflict. Several dissidents, including prominent figures, were either fired or resigned from the party.
Many of these figures criticized Kılıçdaroğlu for failing to step down even though he has never won a single election in almost a decade.
For instance, Emine Ülker Tarhan resigned in 2014 and formed her own party after criticizing the CHP administration for their "wrong and weak policies.” Known as a staunch opponent of the Justice and Development Party's (AK Party) policies, Tarhan was one of the most prominent figures of the opposition within the CHP.
More recently in 2018, intraparty debates targeted Kılıçdaroğlu’s “poor leadership skills” following poor results in the June 24 elections. The dissidents held him responsible for the CHP's repeated failures in the elections.
Kılıçdaroğlu responded by expelling the dissidents, who, according to him, harm both the CHP and its ideologies by insisting on their demands.