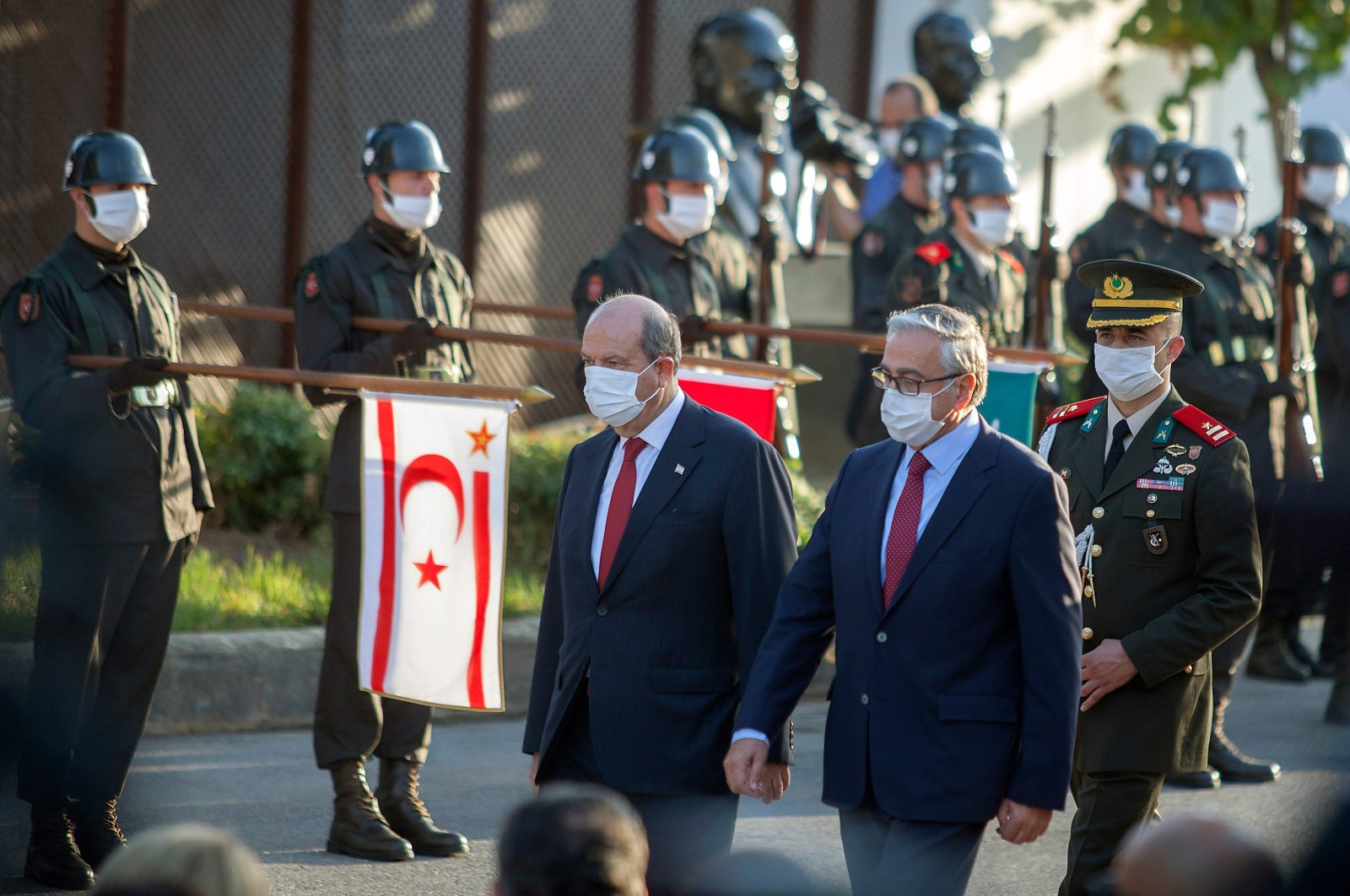 Ersin Tatar, the newly elected president of the Turkish Republic of Northern Cyprus (TRNC), was sworn into office on Friday.

Tatar was welcomed by Teberrüken Uluçay, the parliament speaker, for his swearing-in at the General Assembly in the nation's capital Lefkoşa (Nicosia).

Representing Turkey at the ceremony was Fuat Oktay, the Turkish vice president.

Later today, President Tatar will lay wreaths at the monument to Mustafa Kemal Atatürk, founder of the Turkish republic, and the mausoleums of Turkish Cypriot founding fathers Fazıl Küçük and Rauf Denktaş.

Afterward, Tatar will take part in a handing-over ceremony at the presidency, where he will take over the reins from his predecessor, Mustafa Akıncı.

At the invitation of President Recep Tayyip Erdoğan, next Monday Tatar will pay his first state visit to Turkey, where the two presidents will discuss bilateral ties and developments in the Eastern Mediterranean, according to the Turkish Communications Directorate.

Tatar is Turkish Cyprus's fifth president and is set to serve a five-year term.

The island of Cyprus has been divided since 1974 when a Greek Cypriot coup followed decadeslong violence against the island's Turks and Ankara's intervention as a guarantor power.