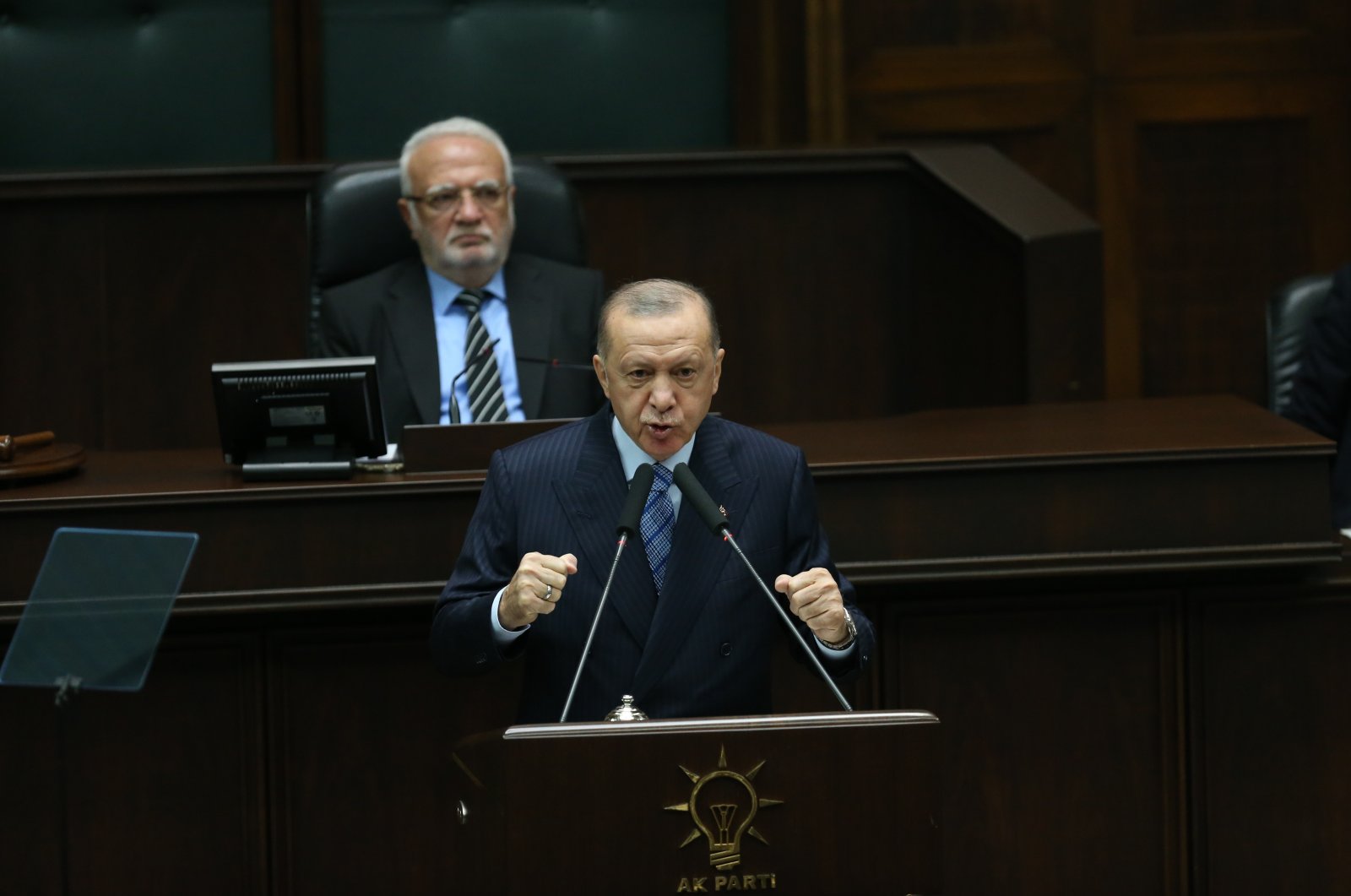 President Recep Tayyip Erdoğan rejected the opposition's calls to hold snap elections in Turkey once again and said the country will hold elections on the scheduled date in June 2023.

Speaking at the ruling Justice and Development Party's (AK Party) parliamentary meeting in Ankara, Erdoğan said holding early elections was out of the question, and Nationalist Movement Party (MHP) Chairperson Devlet Bahçeli is also in favor of holding elections on the designated date.

Erdoğan said main opposition Republican People's Party (CHP) Chairperson Kemal Kılıçdaroğlu has been repeating the same thing for months now, to hold snap polls, and pointed out the opposition leader will eventually learn the laws in the country.

The opposition alliance led by the CHP has been calling for holding early elections and switching to a "strengthened parliamentary system."

While Erdoğan is the candidate of the People's Alliance, the opposition CHP-led Nation Alliance has not announced its candidate yet.

Turkish voters narrowly endorsed an executive presidency in the April 16, 2017 referendum, with 51.4% of the votes in favor. The official transition to the new system occurred when Erdoğan took the presidential oath of office in Parliament after the June 24, 2018 general elections. He won 52.6% of the votes.

Bahçeli had also rejected the calls for snap polls, saying that the country does not need early elections but rather "stability."