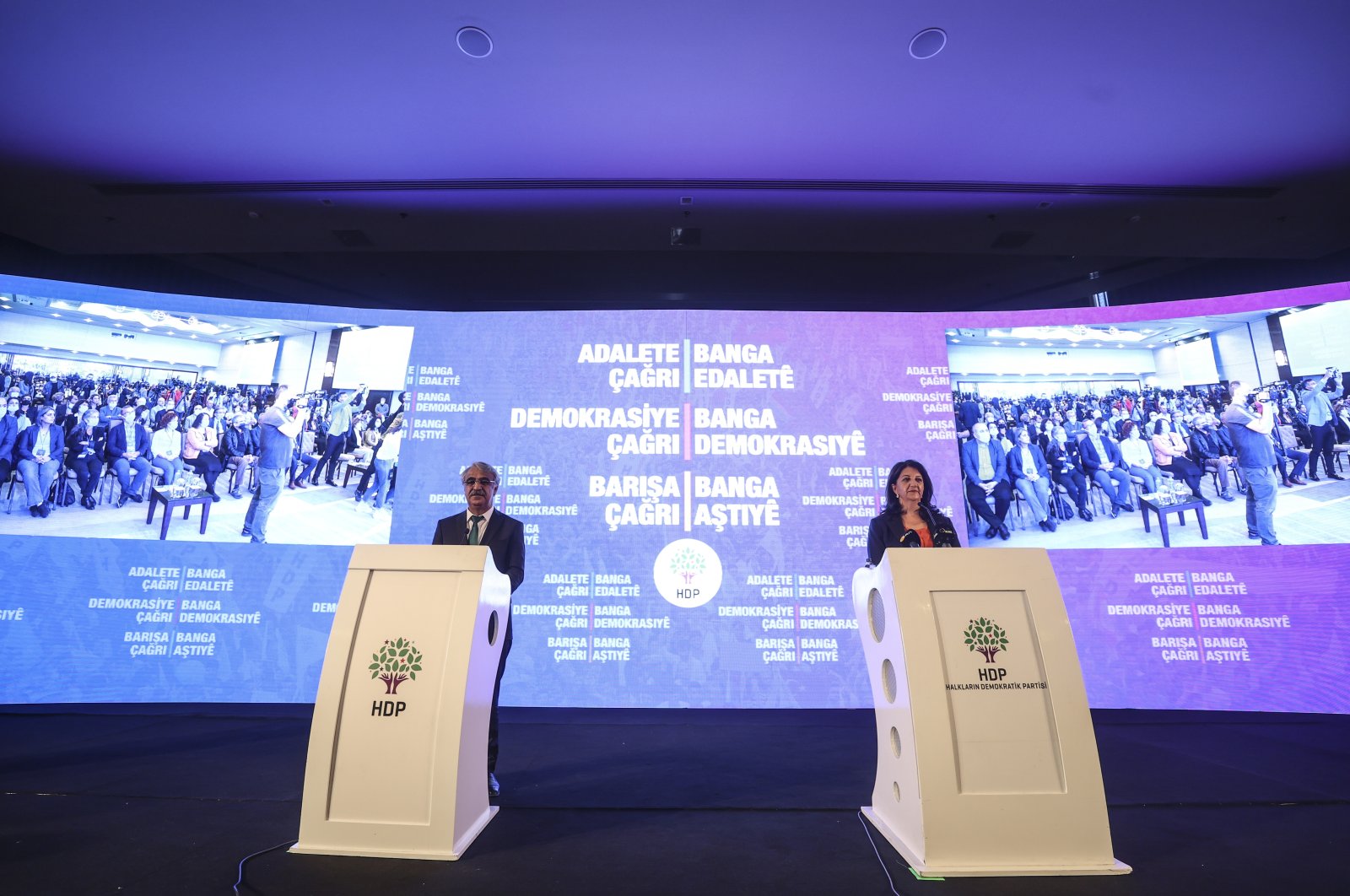 Pro-PKK Peoples’ Democratic Party (HDP) announced its 2023 platform in a declaration saying that they are not seeking an election alliance and that the solution to Turkey’s Kurdish question lies in the parliament.

The declaration, titled “Call for Justice, Democracy and Peace,” was announced in a ceremony held in the capital Ankara on Monday.

HDP Co-Chairpersons Pervin Buldan and Mithat Sancar read out the 11-point platform, and mayors who were suspended over their ties to the PKK terrorists, including Mardin co-mayor Ahmet Türk, were part of the audience.

HDP Van Deputy Sezai Temelli, who recently said the only way to solve the Kurdish question was through the PKK’s imprisoned leader Abdullah Öcalan, also attended the meeting.

Öcalan, 70, founded the PKK in 1978, was captured in 1999 and sentenced to death due to his role in the terrorist group’s decadeslong campaign against the Turkish state, which led to the deaths of more than 40,000 people.

After the abolishment of the death penalty in Turkey in 2002, Öcalan’s sentence was commuted to life imprisonment. He is being held in a high-security prison on Imralı Island in the Sea of Marmara.

The party’s platform criticized the presidential system, claiming that it was the “source” of the multilateral crisis and problems.

Regarding the solution of the Kurdish issue, the party platform said the Parliament needs to establish a ground for dialogue and resolution and pioneer efforts to secure a better future for all segments of the society.

The party said that it was ready to do its part to solve the issue in a democratic and peaceful manner and take into consideration the concerns of all segments of society.

The platform did not include the party’s plans to join Turkey’s opposition alliance led by the Republican People Party (CHP).

“As the HDP, we highlight that we are ready to hold talks and negotiations with all segments of society and political actors to ensure the aforementioned principles in our platform,” the party said.

Main opposition CHP Chairperson Kemal Kılıçdaroğlu said the HDP seems likely to run independently in the elections rather than joining an alliance.

“I am not interested in the details of their stance,” he said.

The HDP is currently facing a closure case for its ties to the PKK terrorist group.

The party's role in the riots of Oct. 6-7, 2014, was also included in the indictment. In October 2014, amid a Daesh siege on the YPG, on Ain al-Arab (Kobani) Demirtaş and other HDP officials called for riots.