Tatar, Akıncı to compete in 2nd round of presidential elections in TRNC 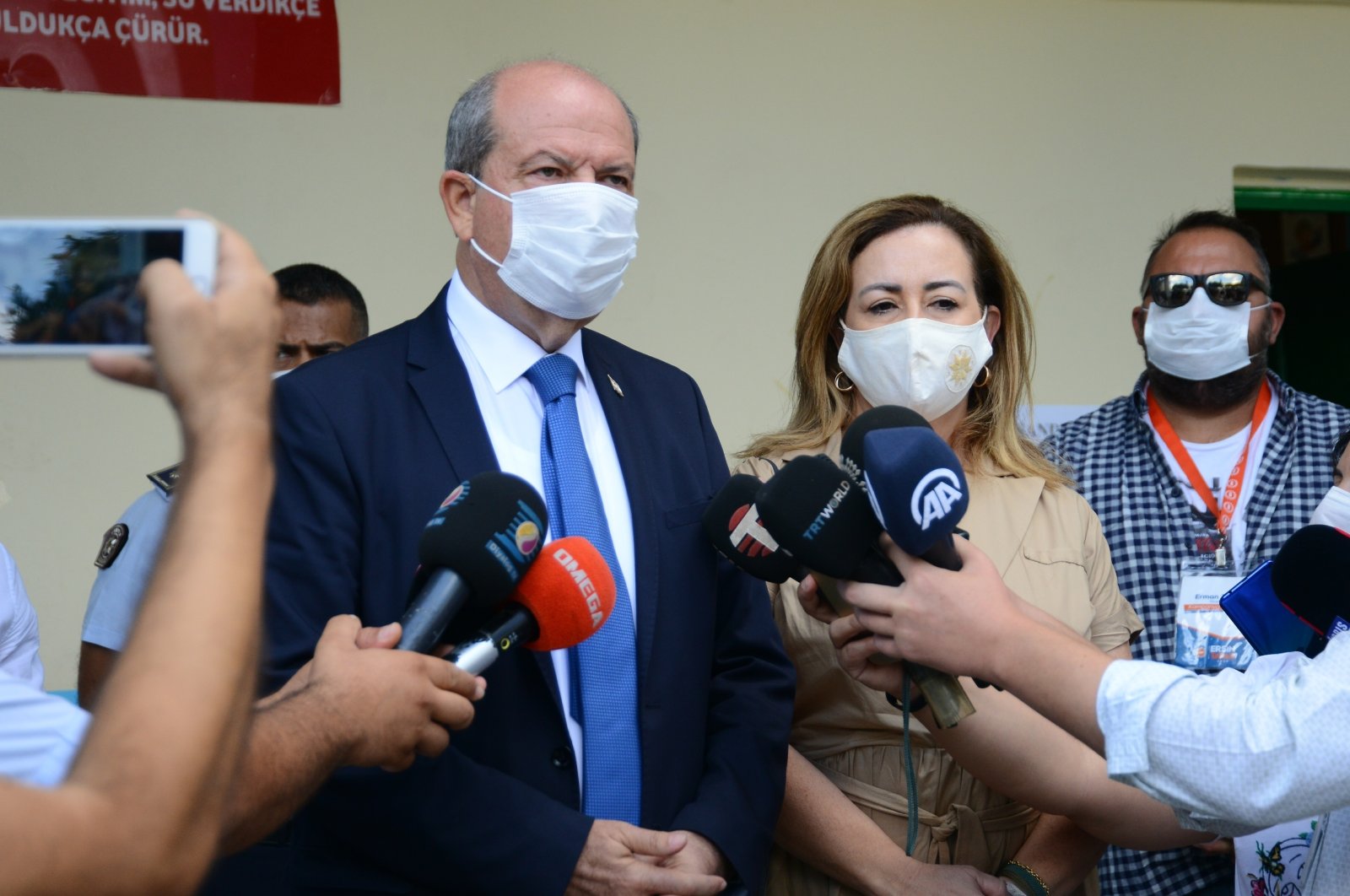 Residents of the Turkish Republic of Northern Cyprus (TRNC) will cast their ballots for a second time next week after the candidates in the country's presidential elections failed to secure more than 50% of the votes in the first round.

On Sunday, Prime Minister Ersin Tatar, the National Unity Party (UBP) candidate, received 32.35% of the votes, according to the unofficial results.

Incumbent President Mustafa Akıncı, an independent candidate, was the runner-up with 29.84%. Center-left candidate Tufan Erhürman trailed in third with 21.68%.

Tatar and Akıncı will face off in the second round on Oct. 18.

Voters also cast their ballots in a referendum for a constitutional amendment to increase the number of high court judges.

The proposed changes had been supported by five out of six political parties in the parliament, while 42 deputies approved and 3 deputies rejected the referendum proposal.

Akıncı, the fourth president of the TRNC and in office since 2015, supports a federalist solution on the island of Cyprus in line with United Nations' initiatives and such a resolution could be efficient in solving other regional problems too, particularly tensions in the Eastern Mediterranean.

Tatar, on the other hand, seeks a two-state outcome and expresses a standing that is closer to Turkey, compared with Akıncı and Erhürman. Although he does not directly oppose a federalist solution, Tatar believes that tying hopes to such a plan is not realistic, considering the TRNC's complex past with the Greek Cypriot administration.

Speaking to reporters after the election, Tatar described the initial results of the first round of the polls as "a victory."

He pointed to the roughly 55% voter turnout due to the coronavirus and said he expects a bigger turnout in the next vote.

"I believe that in the second round, more of our citizens will go to the ballot box and reflect their will at the election. I want to convey this call to all my citizens," he added.

Akıncı, on the other hand, said he expects to continue in his post. Noting that a much more participatory process awaits them after the second round of elections, he said, "I believe that with the support of our people, we will continue our duties as of the morning of Oct. 19."

Speaking on the results, Erhürman, the main opposition Republican Turkish Party (CTP) candidate, said: "Voter turnout in the elections was very low. As a party, we believe in democracy and respect the will of the people."

Meanwhile, Deputy Prime Minister and Foreign Minister Kudret Özersay, an independent candidate who recently resigned from the cabinet, said on Facebook: "The amount of votes I received is far below my expectation, and it is at a level that requires me to review my political life."

Some 11 candidates, including seven independents, ran in the TRNC presidential elections that were delayed by the COVID-19 pandemic. Some 198,867 registered voters cast ballots at 738 locations.

The first major test for the winner will likely be a meeting hosted by U.N. Secretary-General Antonio Guterres that will bring together the two sides with Cyprus' three guarantors – Greece, Turkey and the U.K. – to scope out the chances of resuming frozen peace talks.

Guterres recently expressed that before any possible relaunch of diplomatic talks, the outcome of the TRNC elections ought to be announced, since the winning candidate may suddenly change the course of the island's future. He also signaled that as soon as elections took place, he planned to start a political collection of talks.