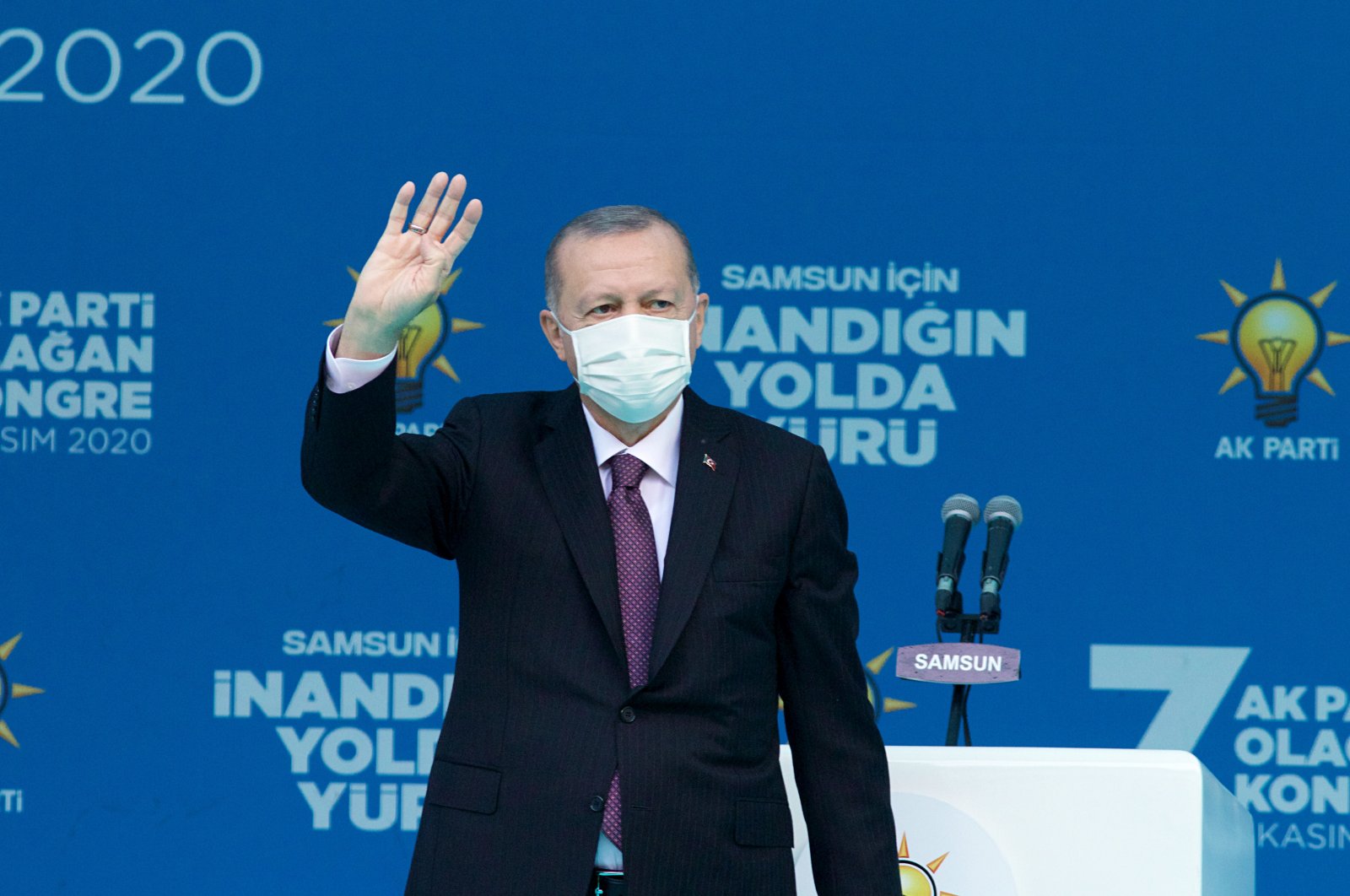 Nov. 3 marks the day that the ruling Justice and Development Party (AK Party) came to power 18 years ago, only a year after its foundation. Celebrating nearly two decades in power, the party continues to leave its mark on Turkey's political history with an ambitious vision for the country's future.

Within its base, the AK Party has millions of people from differing political backgrounds and since winning its first election, its voter count has increased in every subsequent election.

In fact, the party is known for its dynamic structure that routinely revives itself. Erdoğan led a rejuvenation process in late 2017, repeatedly speaking of “metal fatigue” within the body.

Despite its successful election record and having a strong group of leaders, the party's 19-year journey has, in fact, been filled with struggles.

The first such event took place on May 17, 2006, when a hitman, Alparslan Arslan, killed Judge Mustafa Yücel Özbilgin and injured four others in an attack at the Council of State. Following the violence, members of the Council of State, Constitutional Court, Court of Cassation, Court of Account, and many others demonstrated against the government, which is held responsible for the attack, in a march on Anıtkabir, the mausoleum of the Turkish Republic's founder Mustafa Kemal Atatürk.

In 2007, one of the founders of the AK Party, Abdullah Gül, was the only candidate for president from within the Parliament but he immediately faced a challenge from the Republican People’s Party (CHP). Despite 357 out of 361 deputies giving him their vote, because he failed to achieve 367 votes, which is the number of the deputies needed to be present in Parliament for an election to begin, the CHP claimed that his victory was null and void and brought the issue to the Constitutional Court. The court accepted the CHP’s appeal, triggering a series of movements in the country, known as the “Republic Rallies,” against the AK Party. Gül eventually was elected as the president a few months later by meeting all of the necessary conditions. The Turkish electorate also displayed their discontent with this process by handing a major victory to the AK Party in the general elections in July by more than 46% of the votes.

The military tutelage system has been yet another struggle, marked by the April 27, 2007 “e-memorandum” statement that was released online by the Turkish Armed Forces (TSK) that focused on secularism against the AK Party. The move drew huge reactions from the AK Party, which underlined that it was “undemocratic” to have such a stance against the government.

The AK Party was also hit with a closure case the following year that eventually failed. On March 14, 2008, a petition to shut down the party and forbid 71 of its members, including Erdoğan, from participating in politics for five years was presented to the Constitutional Court. On July 30, 2008, the case was dismissed because the necessary majority to approve such a decision was not met among the judges of the high court.

On Feb. 7, 2012, former prosecutor Sadrettin Sarıkaya, who would later be linked to the Gülenist Terror Group (FETÖ), had sought to summon Hakan Fidan, the director of the National Intelligence Organization (MIT), to the court for "testimony" in 2012, sparking a crisis. This move later turned out to be a plot by FETÖ to implicate state officials on trumped-up charges and imprison them in order to seize power. Erdoğan, prime minister at the time, prevented Fidan from going to court where he would likely have been charged with aiding the PKK terrorist group in a case regarding the alleged audio recordings of MIT officials holding talks with senior PKK militants.

Yet another difficulty was also right around the corner as the Gezi Park protests erupted on May 28, 2013, costing the country $50 billion (TL 102 billion) in financial losses. Hundreds of thousands of people marched in Istanbul in what began as a peaceful protest against a plan to build a replica of an Ottoman barracks at the park at Taksim Square. Following a harsh response by the police, which can now be blamed on FETÖ, the protests turned into nationwide demonstrations and riots against Erdoğan's government.

At least 10 protesters and one police officer died during clashes or events related to the protests while thousands of others were injured.

Terrorist groups, including the PKK and the far-left DHKP-C, also jumped in on the occasion, attacking security forces or taking part in the rioting.

Soon after, FETÖ revealed its true nature, executing its first large-scale plot. On Dec. 17, 2013, the so-called “corruption inquiry” was launched by FETÖ in a judicial operation against the government. In the scheme, investigations were launched against the children of various state officials, including Erdoğan’s son, Bilal Erdoğan. Still, the operation did minimal harm to the government, and on Aug. 10, 2014, Erdoğan became the first president of the country elected through a popular vote, while then-Foreign Minister Ahmet Davutoğlu became the head of the AK Party.

On May 22, 2016, however, the head of the AK Party changed once again when one of its founders, Binali Yıldırım, was elected chairman and became the last prime minister of the country before its transition to the presidential system.

On July 15, 2016, the AK Party had to overcome arguably its biggest challenges, as FETÖ organized a bloody coup attempt that resulted in the deaths of 251 citizens. The overthrow, however, was thwarted by thousands of Turks who flooded to the streets to defend their government.

Following the coup attempt, the nation entered a transitional period to the presidential system. Turkish voters narrowly endorsed an executive presidency on April 16, 2017, as the referendum passed with 51.4% of the votes. The official transition to the new system took place when Erdoğan took the oath as president in Parliament after the June 24, 2018, general elections, in which he won 52.6% of the votes.

Domestically, since the establishment of the modern Turkish Republic in 1923, Ankara has hosted many different governments, including coalition and military administrations. Unfortunately, its government was the victim of daily internal political rivalries between parties for most of its modern history, from 1950 to 2002. It seemed that each government brought its own plans, policies and initiatives, and as such, Turkey could not break the chains holding it back from becoming a true regional and global influencer due to its discontinuity, inconsistency and incoherence in both its domestic and foreign policies.

Over the last 18 years under the AK Party administration, however, this cycle has been broken as Turkey has witnessed rapid development in many areas, including the economy, democracy, individual liberties and rights and health and educational services, due to its stable political environment.

One of the major developments that have marked this era is the partnership between the AK Party and the Nationalist Movement Party (MHP), named the People's Alliance. It was formed ahead of the June 24, 2018, parliamentary and presidential elections and it received a majority in Parliament, while its presidential candidate, Erdoğan, also won.

Since both parties consider the results of the June 24 elections a success, they continued their alliance in the local elections on March 31, 2019, as well, during which the AK Party managed to emerge as the leading party once again by receiving 44.33% of votes.

Currently, the AK Party is in the process of completing its seventh Ordinary Congress, which was launched in December but was interrupted in March due to the coronavirus pandemic. Having restarted in August with the district congresses of 50 provinces, the party launched its provincial congresses last month.