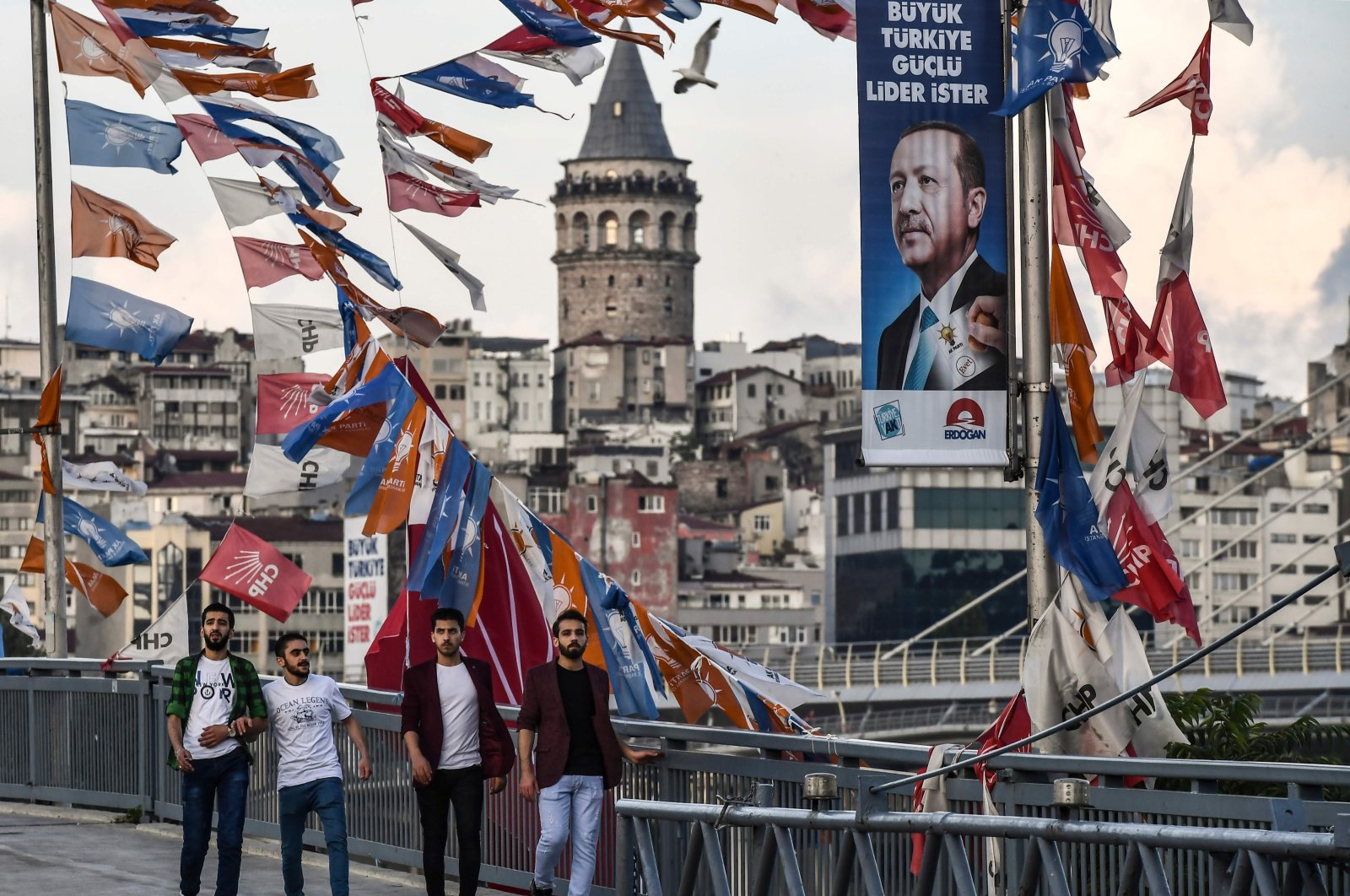 The ruling Justice and Development Party (AK Party) has preserved its voter base amid the coronavirus outbreak and economic fluctuations, recent public surveys revealed.

Several companies have released their public surveys regarding Turkey and people’s political preferences over the past week, the latest of which came from SONAR research company.

According to SONAR’s head Hakan Bayrakçı, who announced the survey results on a TV broadcast by CNN Türk, when people were asked who they would vote for if a general election was held today, 39,8% expressed their preference in favor of the AK Party. Some 27% said that they would vote for the main opposition Republican People’s Party (CHP) and 11.3% said they would vote for the Nationalist Movement Party (MHP), a partner of the AK Party in the People’s Alliance. MHP is followed by the Good Party (İP), a party that was formed by MHP dissidents and had cooperated with the CHP in previous elections, which was favored by 10.4% of the participants. The pro-PKK Peoples’ Democratic Party (HDP), on the other hand, was preferred by only 8.3% of the participants.

Bayrakçı stated that they conducted the survey with the participation of 2,850 people from all regions of the country.

Asking participants who they would elect as president if an election was held today, without providing any options, the company reached the conclusion that 41.5% of people would vote for current President Recep Tayyip Erdoğan. Other mentioned names were the mayor of Istanbul, Ekrem İmamoğlu, head of the İP, Meral Akşener, CHP dissident and former presidential candidate Muharrem İnce, former HDP co-chairman Selahattin Demirtaş and mayor of Ankara, Mansur Yavaş, all of whom received support from less than 10% of the participants.

When it comes to the government’s achievements in the fight against the coronavirus outbreak, 60.2% stated that they find the government successful while 26.8% said otherwise.

As far as the performance of opposition parties in the country is concerned, 62% of the participants labeled the political parties as “failures.”

There have been speculations that the government would hold a snap election before the planned general elections in 2023, however, the speculations have been denied by the state authorities.

Also, the AK Party led the polls in parliamentary elections of 2018 by taking 42.5% of popular votes.

The People’s Alliance between the MHP and the AK Party was formed ahead of the June 24 parliamentary and presidential elections.

ORC was another company whose survey pointed to the AK Party as the leading party in the upcoming elections.

Conducting a survey on Aug. 6-8 in 41 provinces with the participation of 4,120 people, ORC stated that in the case of a snap election today, 36.6% of people would vote for the AK Party. The ruling party is followed by the CHP with 25.9% and the MHP with 14.1% of the votes. HDP and IP, on the other hand, seem to fall short of the election threshold, according to ORC’s survey, as both received less than 10% of the participants’ support.

According to the surveys of both SONAR and ORC, the People’s Alliance would receive more than 50% of the people’s support in a possible snap election today, which is crucial to hold on to power in Turkey’s presidential system.

However, not all survey companies reached the same results. Aksoy research company’s recent survey claims that People’s Alliance would receive 46.8% of the votes if the country were to hold elections today. The company stated that 31.5% of the participants expressed support for the AK Party while 6.6% favored the MHP. When the votes of indecisive voters are being distributed among the parties, however, the AK Party’s votes rose to 38.3% while the MHP’s votes reached 8.5%.

Still, in the opinion of Mahir Ünal, the deputy chairman of the AK Party, the votes of the party have never fallen below 42%-44%. Speaking on the issue Tuesday, Ünal said that the votes of both the People’s Alliance and President Erdoğan remain above 52%, proven by constant surveys conducted by the AK Party itself.