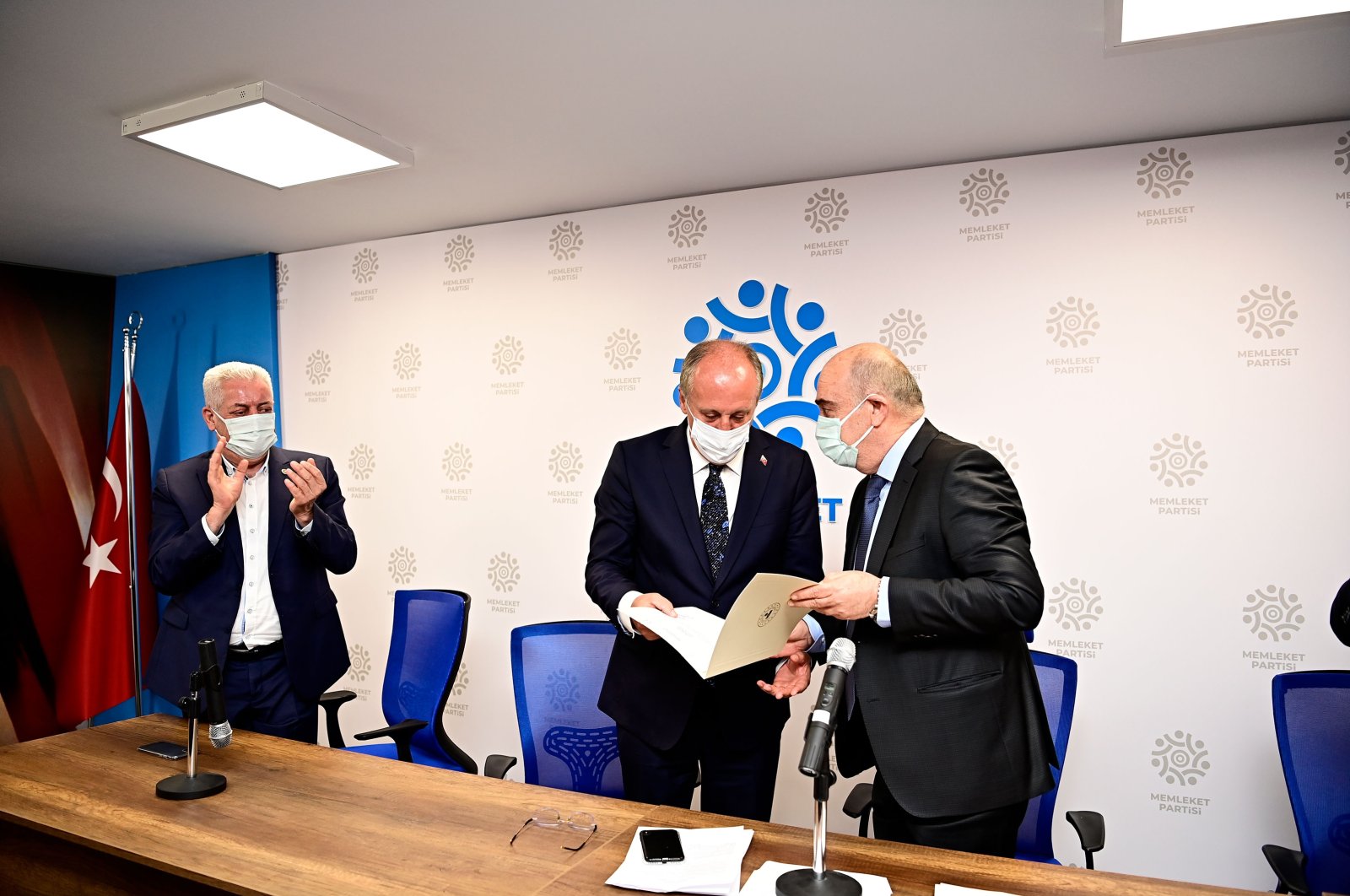 Former main opposition Republican People’s Party (CHP) dissident and former presidential candidate, Muharrem Ince, who established a new party Monday, revealed details about it, including its ideology, goals and the logo, as he said people who do not condemn terrorism are not welcome to join his party.

“We will be a pro-Atatürk, pro-republic party, and we do not want anyone who has no respect for Atatürk, or discriminates or has no respect for the environment to join our party,” Ince said at his Homeland Party’s (MP) first rally.

“We do not want anyone who does not distance themselves from terrorism, or condemn all types of terrorism,” he said.

Ince noted that his party offers to transform and change Turkey.

In response to allegations that his party logo had been “stolen” from elsewhere, Ince said their logo, which includes a circle with seven spirals and an evil eye in the middle, represents the people of Turkey residing in seven geographic regions. He said that the evil eye represents the force that eliminates all types of evil, as well as forbearance, unity, wisdom and love.

“We’re here to embrace our land, our flag and home. We will uphold blue Turkey from the past to present,” he said.

Ince was elected four consecutive times, in 2002, 2007, 2011 and 2015, as a CHP deputy for his hometown Yalova. He also served as the CHP's parliamentary group deputy chairperson for two terms.