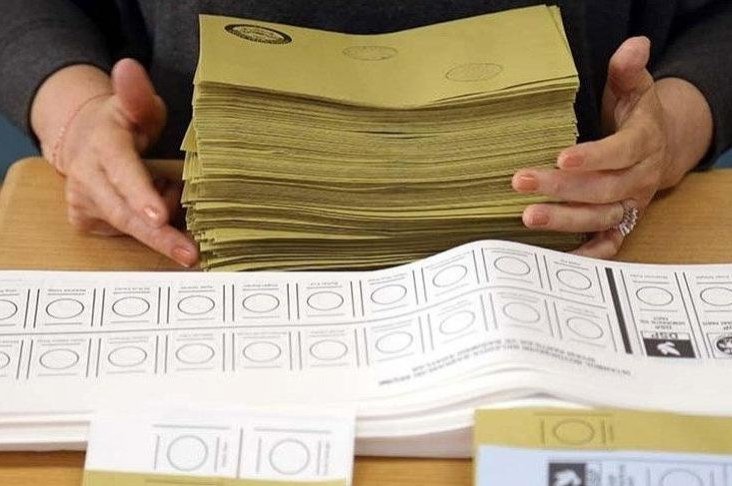 As the ruling Justice and Development Party (AK Party) finishes its preparations for a new election law, online voting comes to the forefront as one of the main possible outcomes of the party’s work.

According to Hürriyet daily's report published on Sept.15, unable to conduct its election congresses via videoconference since the current election law does not allow it, the AK Party decided to add an article to the new law that allows all parties to have online congresses. It is also reported that the party also plans to open the path for online polls in the case of a possible pandemic or other similar conditions, referring to it as “digital democracy.”

So far, the AK Party’s congress to determine local organizations of the party has been conducted in line with requirements for masks, social distancing and hygiene. The party relaunched its congress process in early August after a brief disruption due to the outbreak of the COVID-19 pandemic.

The party plans to complete provincial congresses by February after the district congresses have been decided. The party’s next ordinary grand party congress is scheduled for May 2021.

Formed under the chairmanship of AK Party Deputy President Hayati Yazıcı, the commission that prepares the election law nearly completed its work. The draft of the law is expected to be ready in October and then be presented to AK Party Chairman and President Recep Tayyip Erdoğan. In June, Justice Minister Abdülhamit Gül said that considering and preparing a new election law is useful and necessary.

While preparing the new law, the AK Party has examined various systems from other countries, especially when it comes to the transfer of deputies from one party to another. Although the new law is not expected to prevent deputies from shifting parties, it is expected that the deputy that changes parties will be excluded from the number that is required to form a party group within the assembly. “After the elections, the party groups shall be formed and stay that way for the rest of the term. If a deputy leaves one group and moves to another, he/she will not be included in the group number of his/her second party. Even if the party shifters’ number reaches 20, they will not be able to form a group. Their right to form a new group will be forbidden,” AK Party authorities reportedly told Hürriyet daily and added that similar examples exist in Europe.

Another discussion topic is the election threshold. The party sources reportedly state that it is likely for the threshold to be pushed back to 5%, although the ultimate decision will belong to the president.

The 10% threshold and the highest averages method, known as the D’Hondt method, were introduced with the 1982 Constitution, which was adopted in a referendum after the 1980 military coup. The main aim of the threshold was to prevent political instability as the former system of proportional representation introduced with the 1961 Constitution led to fragile coalition governments in the 1970s, and small or wing parties gained Cabinet powers far beyond their votes due to gruesome coalition bargaining.

Despite the election threshold, the elections in 1991, 1995 and 1999 saw five parties taking seats in Parliament, bringing on uninterrupted coalition government rule between various parties between 1991 and 2002. During this period, Turkey saw nine governments formed by four different prime ministers, in addition to two major economic meltdowns in 1994 and 2001, hyperinflation and devaluations, a domestic migration influx from eastern regions of the country amid ceaseless terror attacks by the PKK and counterterror operations, and a postmodern coup by the military in 1997 that forced the government to resign.

This tumultuous period was among the main reasons for the AK Party and Erdoğan to propose the presidential system.

Decreasing the election threshold had been among the election promises of nearly every party in Turkey in the past, including the AK Party, however, it has not yet been realized due to various reasons and excuses.