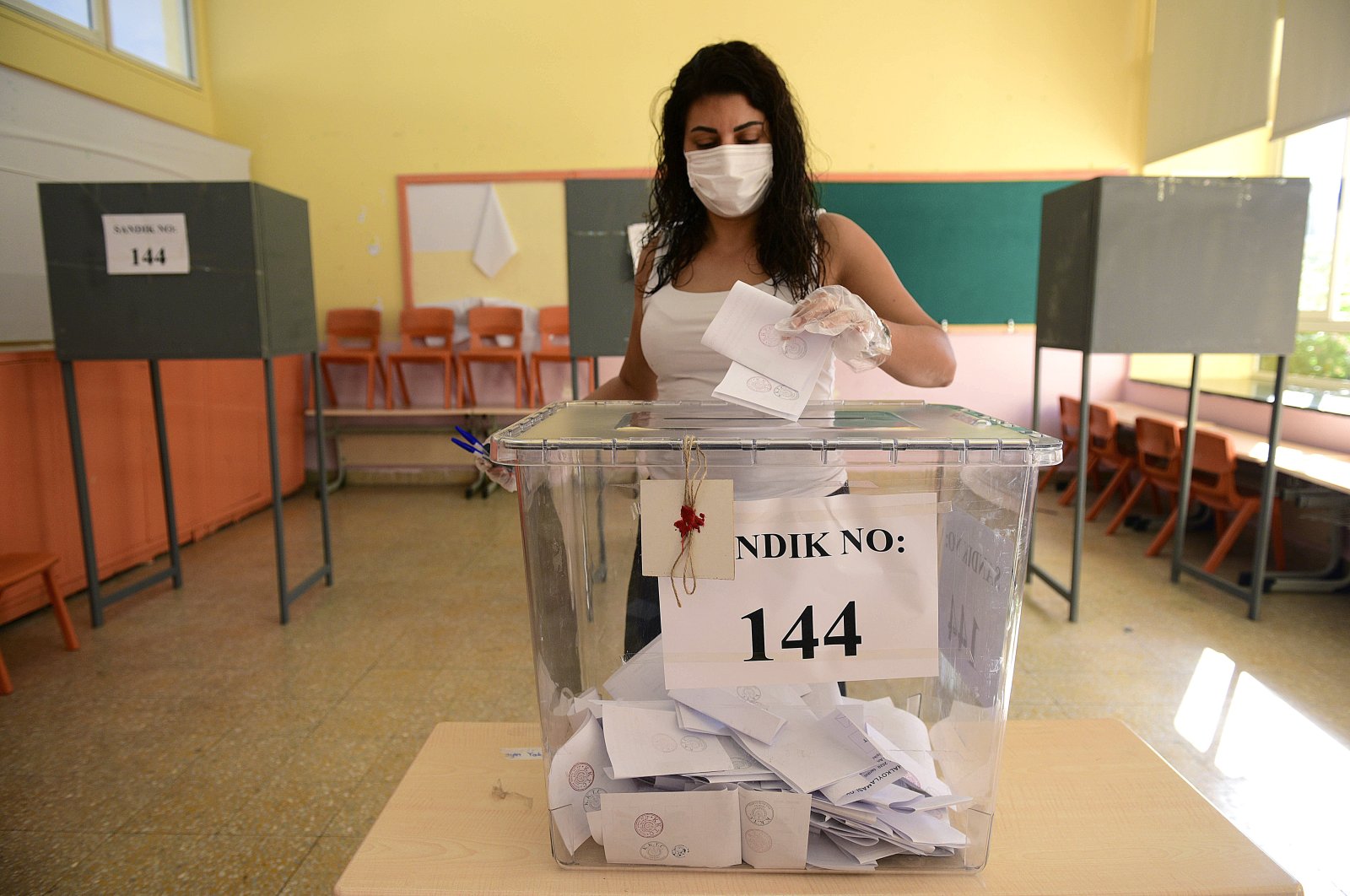 A woman casts her ballot at a polling station during the Turkish Cypriots election for a new leader in the Turkish occupied area in the north part of the divided capital Nicosia, Cyprus, Oct. 11, 2020. (AP)
by DAILY SABAH WITH AGENCIES Oct 11, 2020 1:59 pm
RECOMMENDED

The Turkish Republic of Northern Cyprus (TRNC) went to the polls on Sunday to elect a leader who will be tasked with restarting talks with the Greek Cypriot administration in an effort to end the division on the island.

Analysts also expect the elections to head into a runoff in a week’s time.

Most opinion polls put Akıncı into the second round, against either Tatar or Erhurman, according to The Associated Press (AP).

All polls agree that the Turkish Cypriots have placed a peace deal delivering them back into the international fold as the top campaign issue.

The TRNC was established after the northern third of the island was occupied in 1974 by Turkey in reaction to a Greek coup to annex Cyprus.

Voting at 738 polling stations was set to close at 6 p.m. local time, with the results due to be released in the evening.

Numerous rounds of United Nations-mediated negotiations have led nowhere. The Greek Cypriot administration sees TRNC demands for a permanent Turkish troop presence and Turkish intervention rights, as well as equal decision-making privileges at all levels, as key stumbling blocks to an agreement. Many in the TRNC now call for a shift away from the federation, toward an arrangement between two equal, sovereign states.

That mirrors the position of Turkey, which has pushed for alternatives to a federation since the latest failed talks in 2017.