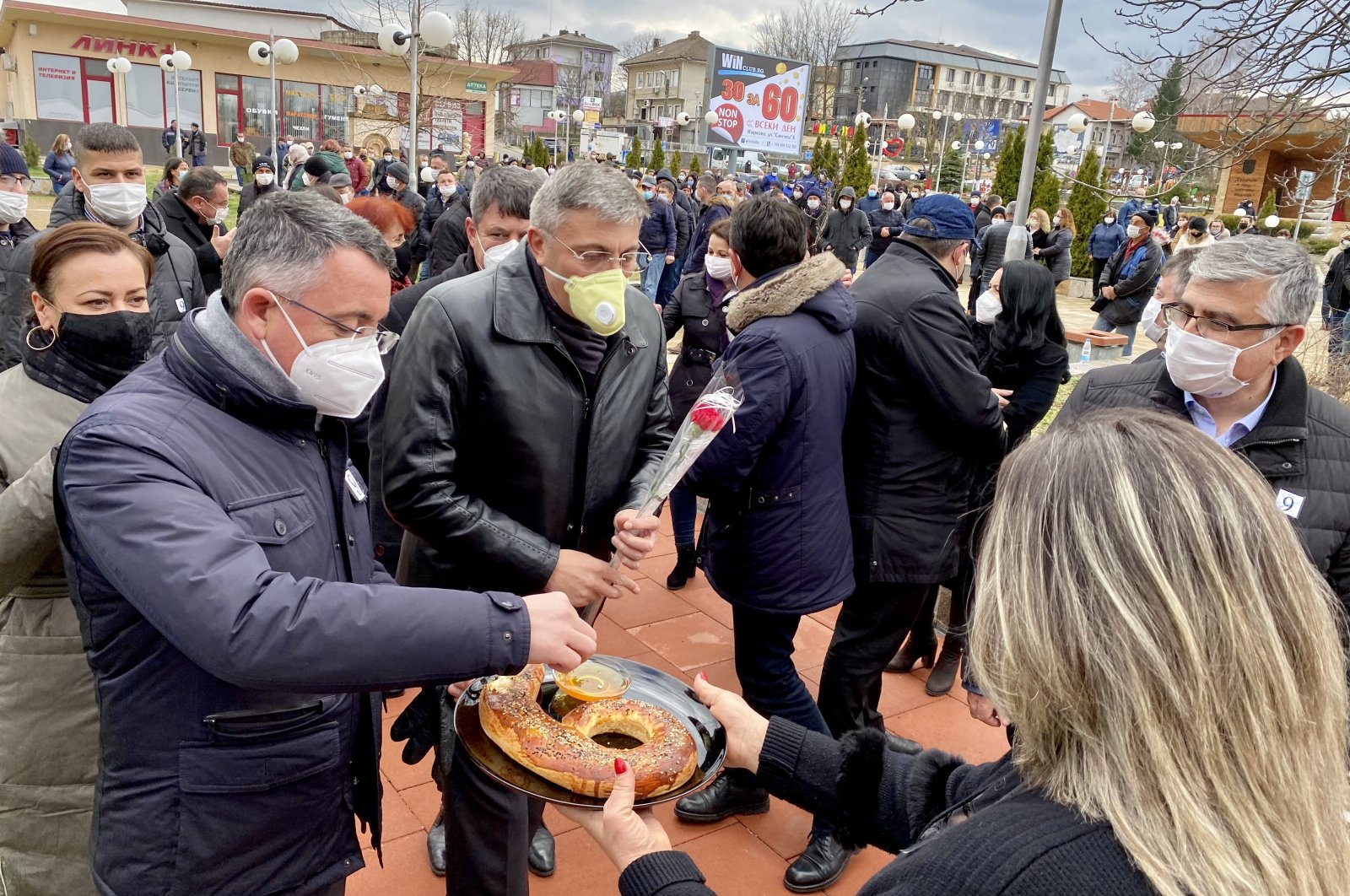 In Bulgaria, where about 850,000 Turks and Muslims live, 6.3 million registered voters will go to the polls on April 4 to elect 240 members of parliament, with the expectation of a better future for not only themselves but the entire country.

The Movement for Rights and Freedoms (DPS), which was established at the beginning of the democratization process in Bulgaria and whose members are mostly Turks, has played a key role in the political life of the country for almost 25 years and remained in the opposition in the election in 2017.

The party named Democrats for Responsibility, Freedom and Tolerance (DOST), founded by former leader Lütvi Mestan, who was excluded from the party, received around 100,000 votes from DPS, but failed to pass the 4% electoral threshold.

The DPS, whose representation in the parliament decreased after the election in 2017, left its key support role in the coalition government established by Prime Minister Boyko Borisov's Citizens for the European Development of Bulgaria (GERB) party and the United Patriots (OP) alliance including racist and ultranationalist parties.

With the opposition of the DPS in the parliament, the Turks and Muslims represented in the country's political, economic and social life remained in the background.

Shortly before the April 4 elections, in which 30 political parties and coalitions will participate, Turks and Muslims in the country, most of whom traditionally used their votes in favor of DPS, shared their expectations for the new era with the Anadolu Agency (AA) correspondent.

Mustafa Hüseyin, who lives in Kirkovo in the center of Kardzhali (Kırcaali), where the Turkish population is densely populated, stated that they will vote "to make tomorrow more beautiful."

Emphasizing that the emigration from Bulgaria has intensified in the last four years, especially in the shadow of increasingly racist ideologies, Hüseyin said, "Our family has been in shambles. Our children and relatives are in Europe. Right now, we have to be third-class citizens. Investments are needed in our region. Our youth have gone, our villages have been emptied. Let them return."

Ajda Rufi Ibrahim, who lives in Kirkovo, emphasized that they expect a better future from the election and for the return of their relatives who went abroad.

Ibrahim said, "We expect our living standards to be high, to have more workplaces, a good life and a happy life for the youth."

A journalist from Kardzhali, Muzekki Ahmet, stated that Turks living in Bulgaria expect the new government following the elections to protect their human rights and ensure justice.

Leader of the DPS, Mustafa Karadayı, who carried out the election campaign with the slogan "Let's restart statism," on the other hand, argued that the state, statism and democracy in Bulgaria are in crisis.

Saying that Borisov, who served as prime minister for three terms in the last 10 years, eliminated the state organs and "ruled the state with an authoritarian regime alone." Karadayı said: "Prime Minister Borisov is in a one-man power against the Constitution and the law."

Karadayı said that the debt of the state also increased rapidly, saying, "Bulgaria's debt was 1.5 billion euros ($1.7 billion) in 2009 when Borisov came to power. In September 2020, the debt was around 21.5 billion euros. By not conforming to the democratic foundations of the country and the constitution, it has accumulated more than 20 billion debts in the state. These debts will also be paid by our children and grandchildren."

Underlining that they did not change their priorities in this election, Karadayı said, "In our first priority, we demand clean air, clean water, clean food and clean energy for the green economy. Our second priority is high technologies. The third is the participation of free active citizens in the political process."

Racism must be eliminated

Karadayı said: "Based on the decisions taken by the European Commission and the European Parliament, the priorities were defined as green pact, digitalization and civil society. Thus, our priorities became the priorities of the EU. This has been a source of pride for us. We have seen that we are on the right track for prosperity in Bulgaria. Clear power priorities are required to achieve this. The aimless version of power we've seen in the last 10 years must be ended."

Deputy Chairperson of the DPS and Mayor of Kardzhali, Hasan Aziz, also expressed his concern about emigration from the country recently.

Aziz stated that over the last 4-5 years, at least 400,000 people left Bulgaria and went to other countries. "These young and educated people are unfortunately leaving the country because they cannot see a future in Bulgaria," he said.

"Bulgaria remains one of the EU's poorest countries. We need to change this situation. Bulgaria In the election, we need the support of our citizens in Europe and Turkey. We have to vote for Bulgaria to be a democratic country," Aziz expressed.

The three racist and ultranationalist political parties that make up the government partner OP coalition, which participated in the election in different ways, still base their campaign to a great extent on hostility against Turks and Muslims.

On the other hand, the GERB is also hoping for Turk and Muslim votes in its campaign.

Borisov announced generous financing from the state budget recently for mosques and churches in need of repair at some of the events he attended.

"If the priest and imam can drink their coffee together, then there is peace in our country," Borisov said. He also met with the People's Unity Movement (DEN), which was formed by politicians who left or were excluded from DPS in the past. DEN, led by former Agriculture Minister Mehmet Dikme, has pledged to turn its political influence, especially in northeast Bulgaria, into support for GERB.