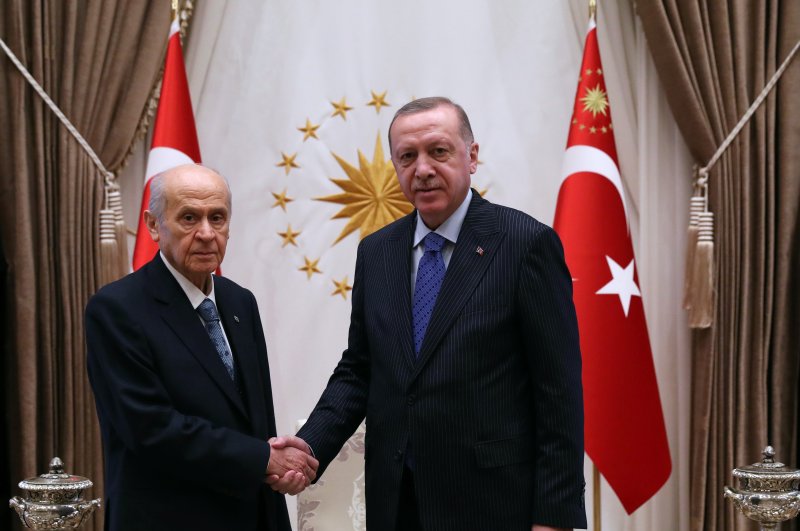 Meeting at the Presidential Complex in the capital Ankara, the two leaders discussed the latest situation in northwestern Syria’s Idlib for nearly half an hour.

The two leaders also evaluated the next steps that Turkey should take against the Bashar Assad regime in Idlib.

Erdoğan briefed Bahçeli about the recent diplomatic talks with the U.S. and Russia on Syria.

Recent developments in Libya, discussions on the Gülenist Terror Group's (FETÖ) political arm and planned legal reforms were other topics that were discussed.