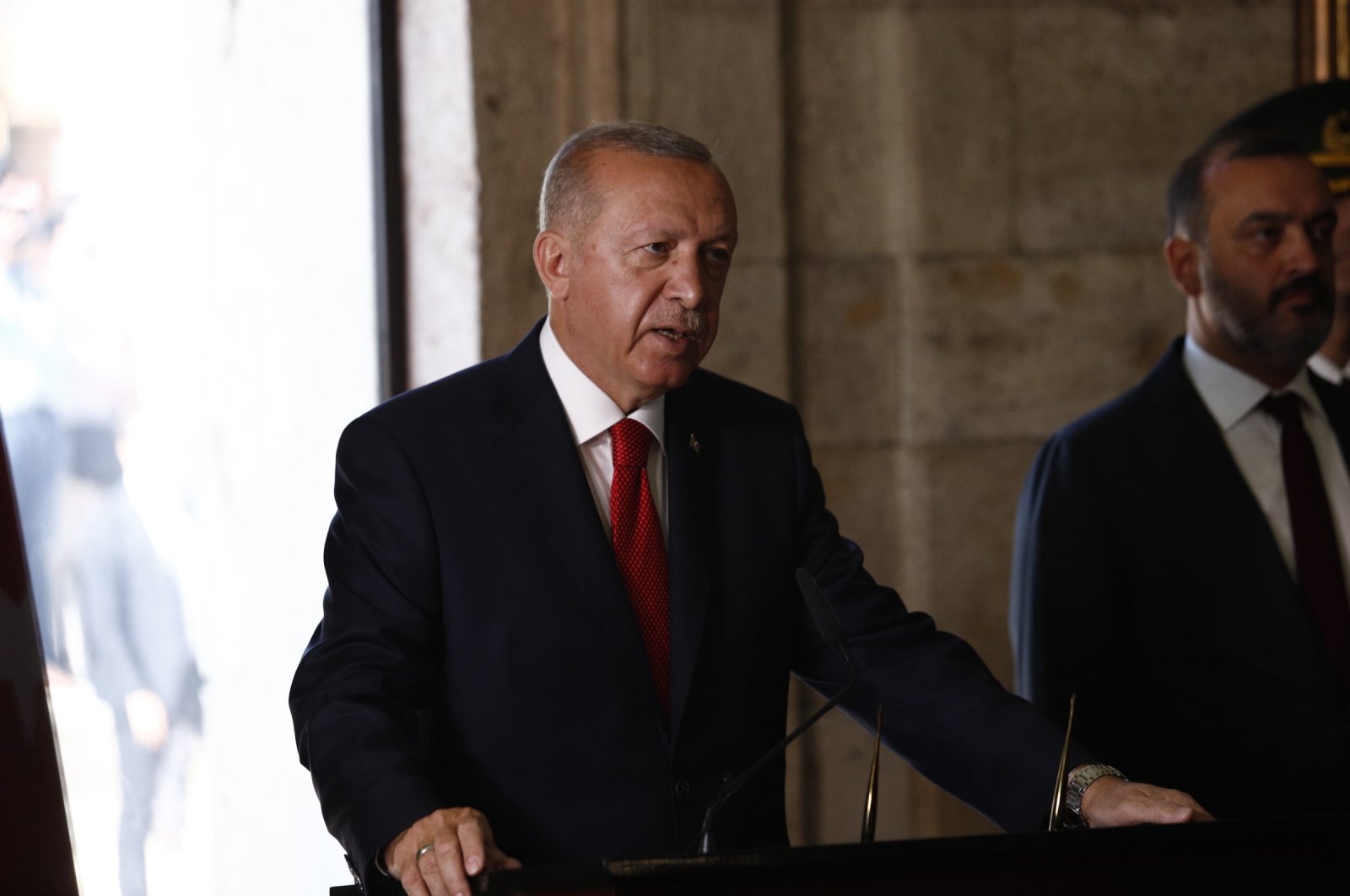 The actors who tried to invade Turkey one century ago and have been trying to exclude Turkey in the Eastern Mediterranean now are the same, President Recep Tayyip Erdoğan said Saturday.

“Our nation will not hesitate to hinder acts reminiscent of Sevres agreement, just like it won independence war despite difficulties,” he said in his message marking the 98th anniversary of a decisive battle that drove out invading foreign forces in post-World War I Turkey.

Winners of WWI tried to impose the humiliating Treaty of Sevres upon the Ottoman government after its defeat, which was scrapped after the victory in the Turkish War of Independence.

Erdoğan added that with Aug. 30 victory, Turkish people showed that they will protect their homeland forever.

From Aug. 26 to Aug. 30, 1922, Turkish forces fought the Battle of Dumlupınar – considered part of the Greco-Turkish War – in Turkey's western Kütahya province, where Greek forces were decisively defeated. By the end of 1922, all foreign forces had left the territories, which would collectively become the new Republic of Turkey one year later.