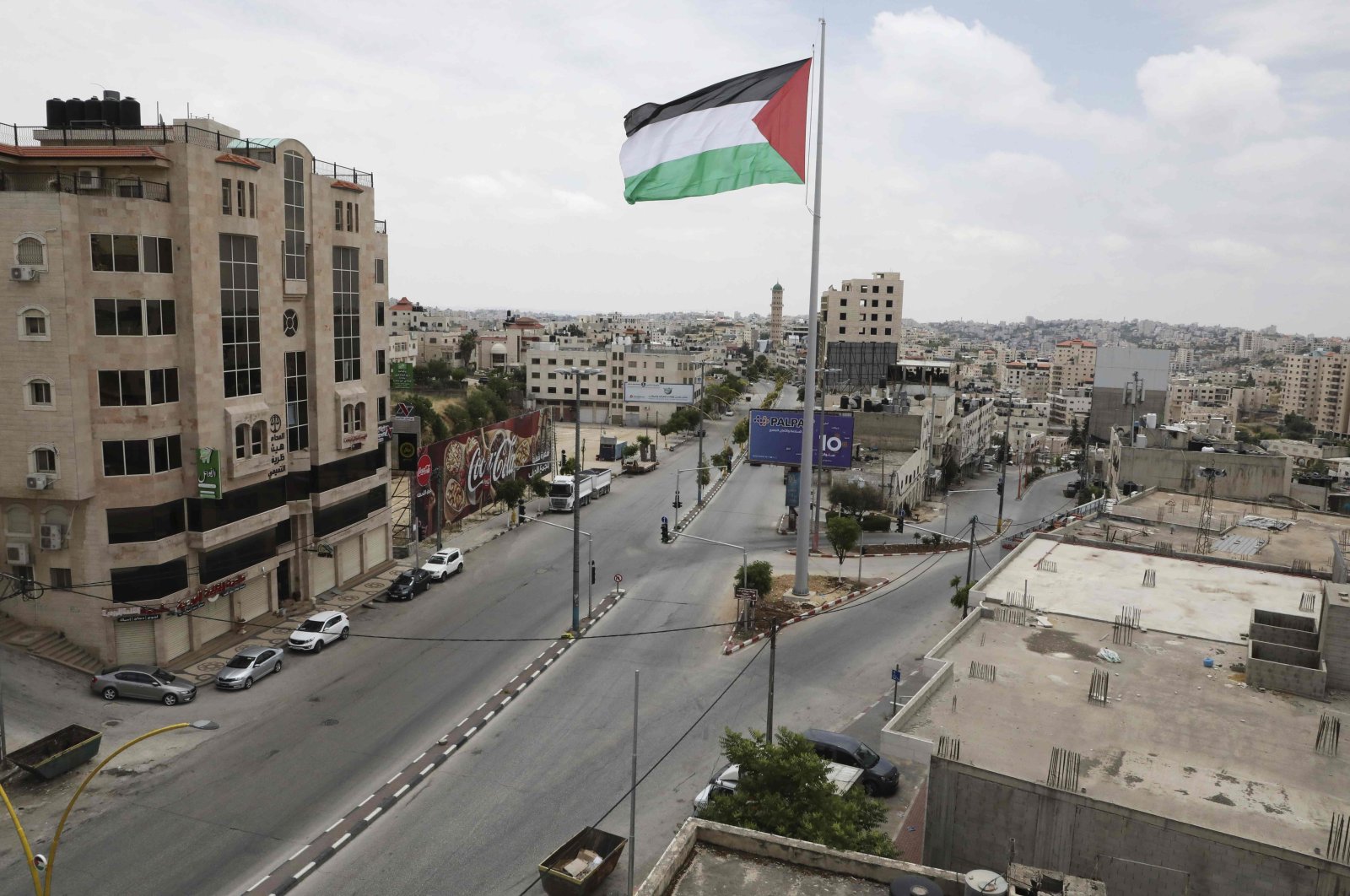 A view shows a deserted street in the occupied West Bank city of Hebron on the last day of the Muslim fasting month of Ramadan amid the COVID-19 pandemic, on May 23, 2020. (AFP Photo)
by Anadolu Agency May 24, 2020 10:19 pm
RECOMMENDED

President Recep Tayyip Erdoğan on Sunday reiterated his country's support for Palestine as the Muslim world celebrates Ramadan Bayram, also known as Eid al-Fitr, the holiday marking the end of the holy month of Ramadan.

"We will not allow the Palestinian lands to be offered to anyone else," Erdoğan said in a video message on Twitter addressed to U.S. Muslims.

"I would like to reiterate that al-Quds Al-Sharif, the holy site of three religions and our first kiblah, is a red line for all Muslims worldwide," Erdoğan said, referring to the Al-Aqsa Mosque in Jerusalem, also known by Jews as the Temple Mount, and home to the Christian Church of the Holy Sepulchre.

"It is clear that the global order has long failed to produce justice, peace, serenity and order," he said.

"Last week we witnessed that a new occupation and annexation project, which disregards Palestine's sovereignty and international law, was put into action by Israel," he added.

Israel has said it will annex parts of the West Bank on July 1, a plan agreed on by Prime Minister Benjamin Netanyahu and Benny Gantz, the head of the Blue and White party.

The plan has drawn outrage worldwide, and especially sharp condemnation in Turkey.

Turning to the holiday, Erdoğan said: "I congratulate my American Muslim brothers and sisters' Eid al-Fitr on behalf of the citizens of the Republic of Turkey."

"I pray to my Lord that these holy days may herald an era of peace, safety, and serenity for American Muslims, the entire Islamic world, and humankind," Erdoğan said.

"The (coronavirus) pandemic has shown that there are no hierarchies or privileges among any region, nation or country in the world," he added.

"It is only through global cooperation that the problems caused by diseases, various conflicts, wars, migration, racism, Islamophobia, terrorism, and poverty that threaten humankind can be overcome," Erdoğan said.

The U.S., Russia, Brazil, and several European countries are currently the hardest hit in the world.

The pandemic has killed nearly 343,000 people worldwide, with more than 5.34 million confirmed cases, while recoveries have reached around 2.14 million, according to figures compiled by the U.S.' Johns Hopkins University.