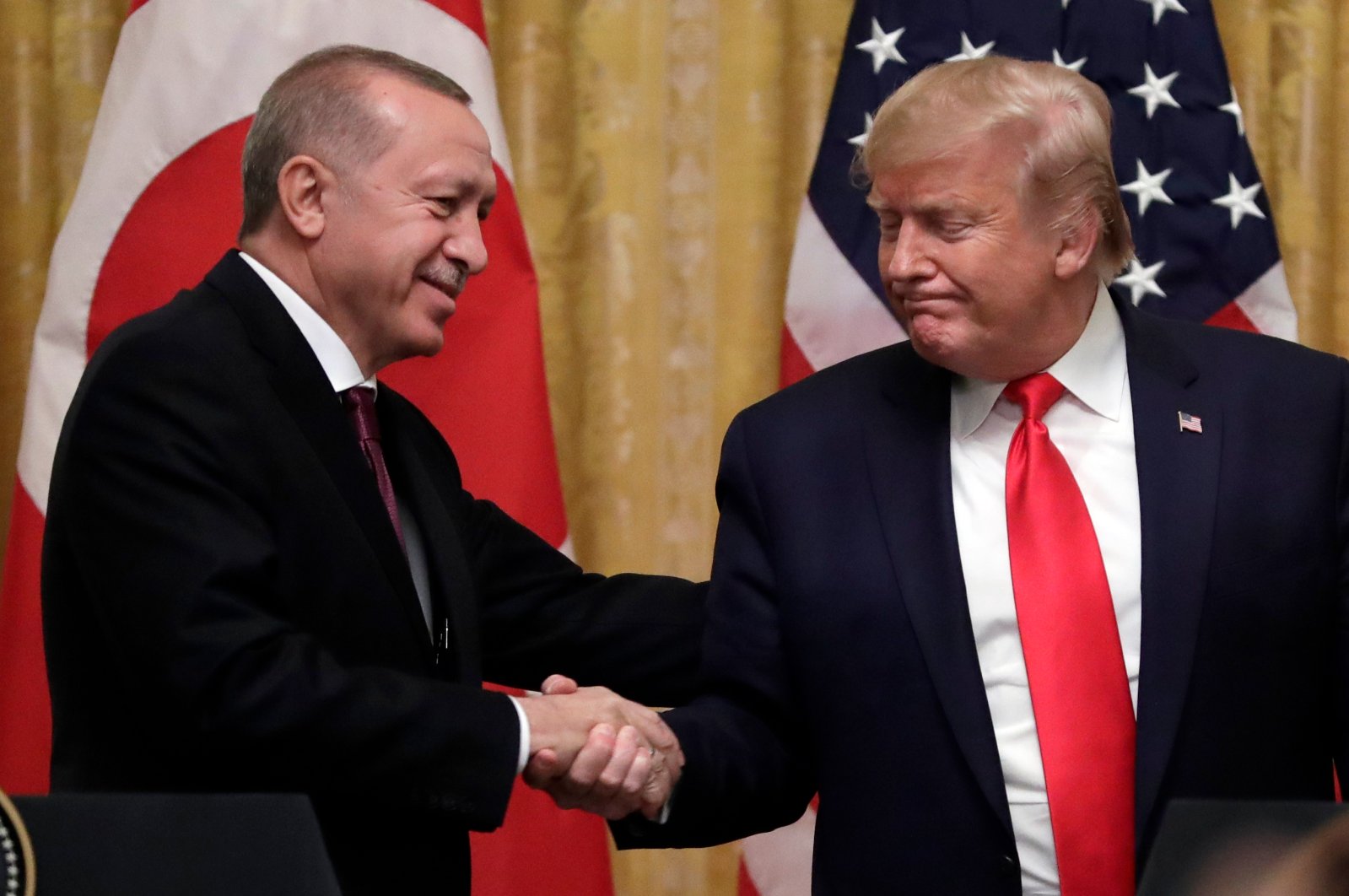 President Recep Tayyip Erdoğan and his United States counterpart Donald Trump agreed in a phone call Tuesday to work more closely in Libya to ensure lasting stability in the country, according to Turkey's Communications Directorate.

Turkey supports the United Nations-backed legitimate government, the Government of National Accord (GNA), headed by Prime Minister Fayez Sarraj in Tripoli. Efforts for a long-term political settlement in the war-torn country failed due to a military offensive by putschist Gen. Khalifa Haftar's forces, backed by Russia, the United Arab Emirates, Egypt and France.

Ankara has previously said the U.S. needs to play a more active role in Libya.

Erdoğan and Trump also discussed bilateral ties and a trade target of $100 billion, the Directorate said in a statement.

"President Trump and President Erdoğan discussed positive trade issues between the United States and Turkey and underscored our belief in the need for a negotiated settlement of regional issues," said White House Deputy Press Secretary Judd Deere on Twitter.